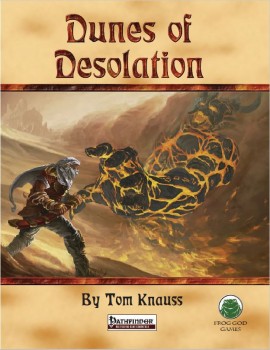 Back in 3rd Edition D&D, there were five supplements that fell under the ‘Environmental Series’ category (I’d argue it should only be the first three, but I don’t make that decision):

It’s not uncommon to hear one of those books cited as a favorite by players from that era. They gave Dungeon Masters lots of material to incorporate into their adventures. Necromancer Games (who you read about here, right?) added to the concept with Glades of Death (a wilderness book) and Dead Man’s Chest (sea adventuring).

The concept has been continued by Frog God Games (surely you read this post about them!) for Pathfinder, Swords & Wizardry and 5th Edition D&D under the moniker, Perilous Vistas. Along with an updated Dead Man’s Chest, there have been four releases so far, all written by Tom Knauss:

The fifth installment, Icebound (Frozen Wastes), is in the works!

The general idea is that if the Dungeon Master wants to infuse some atmosphere and environment into the adventure, these supplements provide a myriad of options. Sure, they can just have the party get to the abandoned fort in the desert, or have them uneventfully move through the mountains to the deserted abbey or the monster-infested dwarven hall. Some folks like to just get to the dungeon crawl and start hacking away. That’s fine. 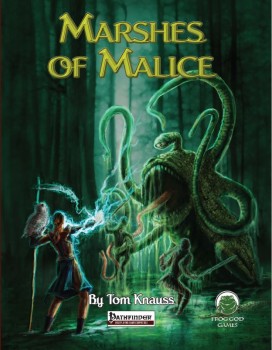 But for many players, getting there is half the fun. Well, maybe a quarter; I don’t know. When I lived in Colorado, I knew that when a big storm was coming, you got yourself below the tree line. How about having your party scrambling among the rocks, looking for shelter? Or seeing what they do when they can’t view the horizon because of the giant sandstorm coming towards them?

Jazz up the trip there with some encounters, or let them find the remnants of a party that ran afoul of something. Is there any equipment they can salvage to help them on their trek? Will that Downhill Archer feat prove to be the difference between hitting or missing that giant moving up the slope?

All four books follow the same format and are excellent resources for Dungeon Masters.

Each one kicks off with a short, less than a page introduction to the perilous terrain being explored, along with a quick overview of the contents.

This section is pretty neat from a non-gaming perspective. Various aspects of the chosen terrain, such as cold deserts, temperate grasslands and folded mountains are discussed. Each also looks at the impact of the terrain on water. This section really lets the Dungeon Master determine how much ‘atmosphere’ they want to incorporate into the adventure.

One of Paizo’s pre-Pathfinder Adventure Paths was Legacy of Fire. Gamers like Black Gate’s Editing Manager (and noted fantasy author) Howard Andrew Jones love overland travel and exploring terrain in their games. Each Perilous Vista book has a section on traveling through the terrain. Information on settlements, types of travel (i.e., mounts, caravans) and other bits. Combined with the encounters section, you can really enhance your adventure. 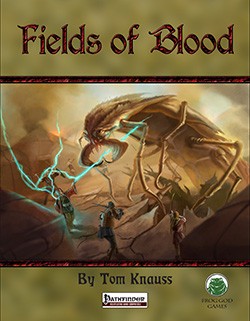 Wanna jazz things up with a plains fire? Maybe a little Dengue Fever or some quicksand? Travelling through terrain can be dangerous. This section has a lot of neat info for real life: not just for gaming. Learn about weather in swamps or different types of trees. The more you know, the less you don’t know.

Players gain some new options in every book, suitable for the environment. Your players want to ski? Use Acrobatics as a skill check, coupled with the Snow Bum (+4 to skate and ski checks) feat. Want to kick prone opponents and creatures smaller than you? Hit them with the River Dance feat! Each book has around three dozen feats to explore.

I don’t tend to use much of the equipment included in supplements, but I always like to see what has been added into the mix. Travelling to a volcano? How about a Fire-Resistant Outfit? A pair of Gloves of Sure Grip may be all that keeps you from falling down the side of a mountain. There are lots of new items for your players to consider in each book.

Doesn’t everybody like to see what new monsters are included in a supplement? There are about thirty new creatures in each book, most themed to the terrain.

As with Equipment and Feats, players gain new options for spells. Decalcify (Mountains) causes an opponent’s claws to be treated as if they were two categories smaller. Hot Wind (Dunes of Desolation) causes a spray of damage-inducing hot wind to shoot out of the caster’s fingertips: think Cone of Cold. As with any spell collection, some are more interesting than others. 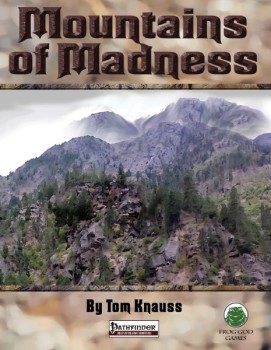 They aren’t all tied to the terrain, so you might run across a new spell you want to stick with. Apostasy (Mountains of Madness) create a temporary schism between the subject and the source of its divine power. That’s a bad thing for clerics in combat! There are about 35 – 40 spells in each book, so you’ll probably find something you like.

I have a few favorite archetypes but don’t usually pay much attention to new ones. However, these make a nice addition by letting you tailor your character to the setting. That barbarian scalp taker definitely leaves his mark. The herd master may come in pretty handy as you roam the Fields of Blood. Each book gives you some archetypes for the base classes.

The Lost Lands is Frog God’s campaign world, incorporating most of the old Necromancer products, as well as new stuff. This chapter in each book provides pantheons/gods suitable to the inhabitants of the terrain, fleshing out The Lost Lands lore. In Mountains of Madness, there are eleven dwarven deities, six gnome gods, seven for the giants, three for the goblins, two for the orcs and a dozen more various and sundry gods. There are also new domains that can be incorporated into your game.

Frog God is expected to produce a Campaign Guide in 2017 and it will certainly contain a section on the gods of The Lost Lands. But I like having a large entry for gods and faiths suitable to each terrain.

I might do another post looking at the adventures more deeply. But I think you can already tell that you’re getting an awful lot of value for the purchase price. And on top of all that, you get three terrain-specific adventures (four in Mountains of Madness)! You can drop them into an area of your campaign world or just play a one-off scenario. And you can incorporate much of the rest of the supplement into your game! The Mountains of Madness adventures can be played independently, but unlike the other books’ adventures, they link together as a mini-AP. A dwarf-centric AP. It’s my favorite of the bunch. 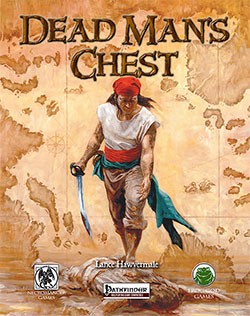 And each book ends with tables for random events and encounters. For the story-telling GM, these throwbacks to the old days of D&D are gems. Frog God purposely includes random encounter tables in just about every product. It’s a part of the gaming experience.

The fact that Tom Knauss is writing all of the new entries himself is pretty impressive. There is a plethora of high quality content, covering a lot of ground: Including real-world details. You can play the included adventures. And you can pull from a plethora of options and information for your own game. If you plan on running or playing an adventure in the terrain covered by a Perilous Vista entry, you can add a lot to your sessions with the appropriate title.

I have the 3rd Edition version of Glades of Death and it was my favorite terrain book back then. It would be nice if they would update that one someday. Frog God did so with Dead Man’s Chest when Razor Coast came out. But the current line is a strong one and growing. Pick your favorite terrain and check out one the entries. And keep an eye out for the upcoming Kickstarter for Icebound.

Bob wrote ‘The Public Life of Sherlock Holmes’ column for three years of Monday mornings at Black Gate. A life-long gamer, he has also delved into that genre many times. He also coordinated the ‘Discovering Robert E. Howard’ series, which featured a slew of excellent posts on REH and his works from a variety of Black Gaters and guest columnists.

He has contributed stories to The MX Book of New Sherlock Holmes Stories – Parts III, IV, V and VI.

The DSG: I was a Douglas Niles fan. The Moonshae books were my favorite Forgotten Realms novels.

One of these days I need to reread his Prism Pentad (the first five Dark Sun books). And then read the rest of the Athas novels.

I hear SJW’s that likely never touched D&D with a 100ft pole bray and bleat about how D&D and most ‘fantasy’ literature is so “Generic western midevalist”… Uh, that’s coz that is the most accessable to the average readers… And the supplements are for personal tastes and to show you don’t “Have” to play it a specific way as long as the DM and game group are in agreement. They open the games up for all sorts of alternative fantasy and diversity.

I like the “Theme” supplement books. Unless you want the “Core Rules” book to make even the Pathfinder core book look like a 90s overhype comic (dime thin) there’s no way even a major business produced rulebook could do justice to even most of the genres players could like.

I especially like “Sandstorm” and “heroes of Horror” for D&D. “Dark Space” for ICE going way back.

Recently, I browsed the “My Little Pony” RPG in Barnes and Noble recently;-) I like it in that it is a good way to introduce kids to RPGs without making a “Kid’s version” of D&D but something an adult (with a tiny bit of “Brony” in them) wouldn’t be shooting themselves with boredom supervising.. They can’t be Alicorns tho- I guess that’s what they’ll call the “Epic Level” supplement if they get that far!