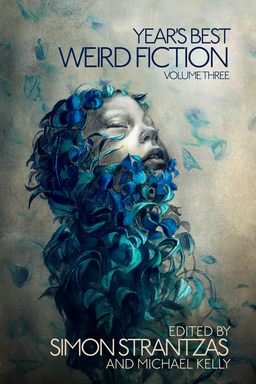 Michael Kelly’s Year’s Best Weird Fiction has fast become one of my favorite Year’s Best series. Kelly is the editor of the acclaimed anthology series Shadows and Tall Trees, and every year he invites a guest editor to help select the finest strange and weird fiction from the last 12 months.

Laird Barron and Kathe Koja ably assisted with the first two volumes, and this year Simon Strantzas (Burnt Black Suns, Shadows Edge) bent his considerable editorial talents to the task. It arrives in hardcover and trade paperback from Undertow Books next month.

Showcasing the finest weird fiction from 2015, volume 3 of the Year’s Best Weird Fiction is our biggest and most ambitious volume to date.

No longer the purview of esoteric readers, weird fiction is enjoying wide popularity. Chiefly derived from early 20th-century pulp fiction, its remit includes ghost stories, the strange and macabre, the supernatural, fantasy, myth, philosophical ontology, ambiguity, and a healthy helping of the outre. At its best, weird fiction is an intersecting of themes and ideas that explore and subvert the Laws of Nature. It is not confined to one genre, but is the most diverse and welcoming of all genres.

This series is perfect for those Black Gate readers who prefer dark fantasy, or who are looking for something just a little left of ordinary. 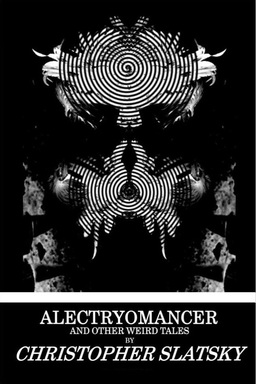 “The Strangers” by Robert Aickman (The Strangers and Other Writings)
“Rangel” by Matthew M. Bartlett (Rangel)
“Little Girls in Bone Museums” by Sadie Bruce (The Magazine of Fantasy & Science Fiction, March/April 2015)
“Violet is the Color of Your Energy” by Nadia Bulkin (She Walks in Shadows)
“Fetched” by Ramsey Campbell (Horrorology)
“Guest” by Brian Conn (The Bestiary)
“The Marking” by Kristi DeMeester (Three-lobed Burning Eye #27)
“Seaside Town” by Brian Evenson (Aickman’s Heirs)
“Julie” by L.S. Johnson (Strange Tales V)
“Rabbit, Cat, Girl” by Rebecca Kuder (XIII: Stories of Transformation)
“Strange Currents” by Tim Lebbon (Innsmouth Nightmares)
“The Rooms Are High” by Reggie Oliver (The Sea of Blood)
“The Seventh Wave” by Lynda E. Rucker (Terror Tales of the Ocean)
“Blood” by Robert Shearman (Seize the Night)
“Loveliness Like a Shadow” by Christopher Slatsky (Alectryomancer and Other Weird Tales)
“Honey Moon” by D.P. Watt (A Soliloquy for Pan)
“The Devil Under the Maison Blue” by Michael Wehunt (The Dark #10)
“Orange Dogs” by Marian Womack (WeirdFictionReview.com)
“Visit Lovely Cornwall on the Western Railway Line” by Genevieve Valentine (The Doll Collection)

We covered the previous volumes here:

And we’ve covered nine previous Best of the Year volumes for 2016:

Year’s Best Weird Fiction, Volume 3 will be published by Undertow Publications on October 11, 2016. It is 382 pages, priced at $19.99 in trade paperback, and $4.99 for the digital edition. The cover is by Beatriz Martin Vidal.

What I really love about these volumes are the rotating editors. I’m a big Barron fan, so his list of stories wasn’t too surprising in volume 1. However, I’m not as familiar with Koja and Strantzas (editors of volumes 2 and 3, respectively). And so I’m not surprised that I’m not as familiar with the writers they have in their edited volumes. Still haven’t read Koja’s, but I’m looking forward to eventually reading her edited volume as well as Strantzas’.