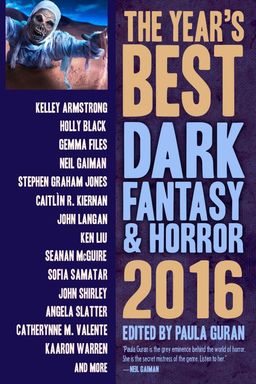 I really enjoy dark fantasy and horror, but my hands are full just keeping up with the latest fantasy magazines and anthologies. It’s almost impossible to simultaneously stay on top of the excellent work being done in horror, in magazines like Sirenia Digest, Lackington’s, The Dark, and Nightmare, and anthologies like Aickman’s Heirs, Innsmouth Nightmares, Horrorology, Sing Me Your Scars, and many others.

That’s why I’m so grateful to editor Paula Guran, whose excellent Year’s Best Dark Fantasy & Horror volumes — published every year since 2010 — have guided me towards the writers and editors doing really exemplary work. I look forward to new editions every year, and this year’s installment arrives in trade paperback from Prime Books next week.

Macabre meetings, sinister excursions, and deadly relationships; uncanny encounters; a classic ghost story featuring an American god; a historical murderer revived in a frightening new iteration; innovative Lovecraftian turns; shadowy fairy tales and weird myths; strange children, the unexpected, the supernatural, the surreal, and the all-too real… tales of the dark. Such stories have always fascinated us, and modern authors carry on the disquieting traditions of the past while inventing imaginative new ways to unsettle us. Chosen from a wide variety of venues, these stories are as eclectic and varied as shadows. This volume of 2015’s best dark fantasy and horror offers more than 500 pages of tales from some of today’s finest writers of the fantastique — sure to delight as well as disturb. 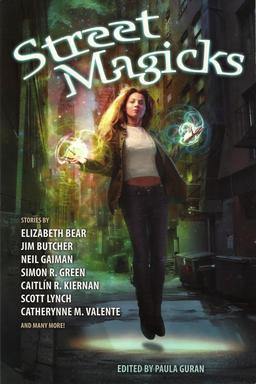 As usual, Paula Guran has been absurdly busy recently. Some of her recent anthologies include:

See all of our coverage of the best in upcoming fantasy books here.