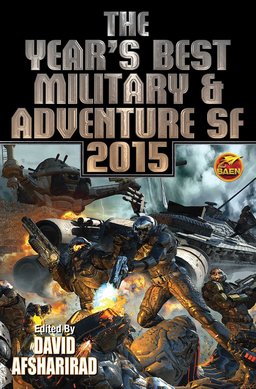 Last June Baen Books launched an intriguing new Best of the Year series, The Year’s Best Military SF and Space Opera, edited by David Afsharirad. It was a commercial and critical success, and I was pleased to see a second volume arrive this month. This year’s edition has a slightly tweaked title, The Year’s Best Military & Adventure SF 2015, but it’s still packed with the best military SF, space opera, and adventure SF stories from last year, culled from the top magazines and online venues. Here’s the complete Table of Contents.

Nice to see a story by Hank Davis in the book.

Is this the same Hank Davis who edited A COSMIC CHRISTMAS and THE BAEN BIG BOOK OF MONSTERS?