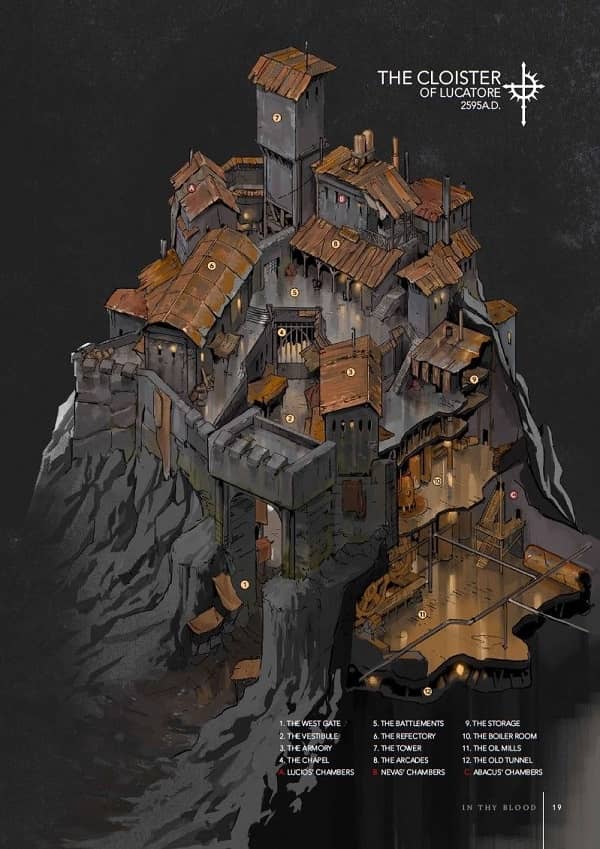 Sample page from Degenesis: In the Blood adventure book

Gen Con 2019 was a journey of discovery for me. Well, more like a long painful marathon where discovery whacked me in the head with a club every few feet.

Over the course of three days I walked the floor of the massive Exhibit Hall, taking a picture with my iPhone every time I came across a booth I found interesting. I took hundreds of photos every one of those three days, and I doubt I could write up every one the interesting games I came across if I devoted the rest of my life to it. But I can talk about the highlights. So yeah. Let’s do that.

Gen Con this year seemed to be all about the board games. Titles like Raccoon Tycoon from Forbidden Games, mechanical monster game The Boldest from Stronghold Games, and the forest warfare simulator Root by Leder Games all captured my attention, but after trudging past five hundred new board games, I got kind of numb to them. New role playing releases were thinner on the ground, but the ones I did come across were very high quality, and perhaps none more so than Degenesis from Berlin development shop Six More Vodka.

Degenesis is set in a devastated Europe and North Africa, 500 years after a major asteroid impact completely reset human civilization. An alien something buried in the asteroid has begun to infect terrestrial flora and fauna, giving rise to horrific mutations. New cultures have emerged and given birth to 13 powerful cults that partner, war, and trade with each other. So far half a dozen core books and sourcebooks have been released, and they are gorgeously illustrated and beautiful in design and production. 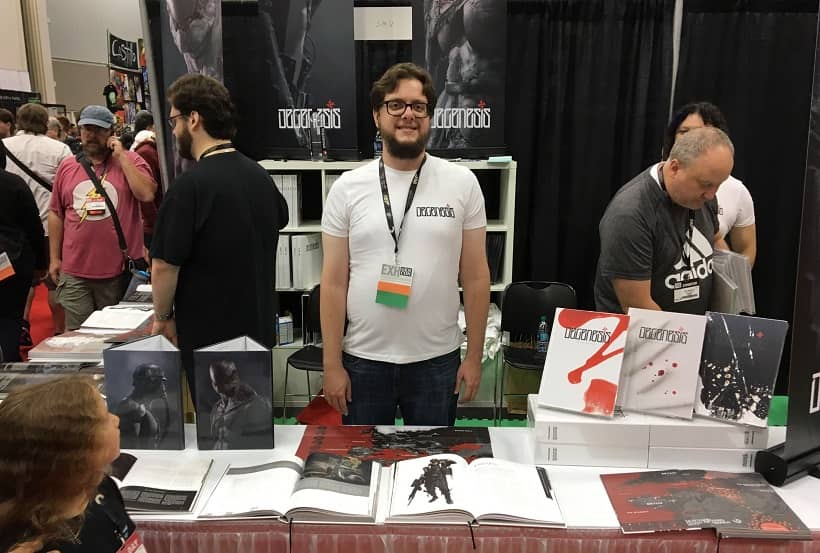 The Degenesis booth at Gencon 2019

Degenesis was created by Christian Günther and Marko Djurdjevic, and originally produced and distributed in Europe in 2004 by Sighpress-Verlag. In 2014 Six More Vodka produced an English-language second edition Degenesis: Rebirth, and they’ve supported it with a fine line of support products.

I’m pretty sure it was either Christian or Marko I spoke with at their booth. Whoever it was, they were very friendly, and obviously passionate about the game, and also very tolerant of the weird guy who peppered them with questions and asked them to pose for these photos. 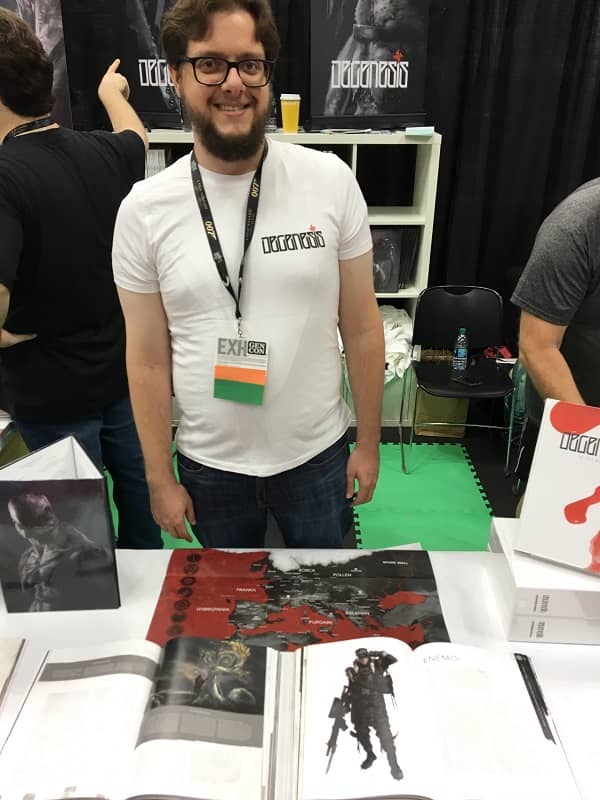 The setting is marvelously imaginative and original, and there’s a great deal about the system that appeals to me. But that wasn’t what made me stop at the Degenesis booth. What got me to stop was the magnificent display of artwork and color maps.

The Degenesis books are gorgeous, and the detailed maps and artwork within fire the imagination. They’re printed in full cover and on heavy stock, and they absolutely command your attention. I could have spent half an hour in this booth just paging through them (and my weary feet would have thanked me.) They brought me right back to the early days of gaming, flipping through the pages of the AD&D Players Handbook in 1979, when nearly every page made me ache to try the game. 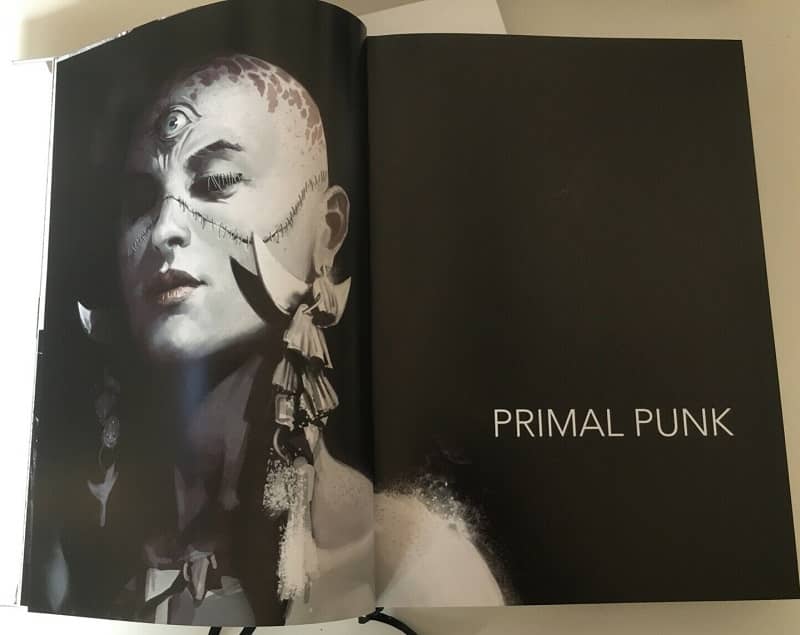 Interior art from the core book

If there’s a flaw to Degenesis, it’s that the books are hard to find in the US. I was tempted to buy them on the spot — but then again, I was tempted to do that every ten minutes at Gen Con, and if I hadn’t shown iron willed restraint, I would’ve been dragging a 150 pound sack behind me through the aisles.

Still, if I’d know how tough they were to get, I might have reconsidered. The two-volume core rule set is out of print and priced at over $100 on eBay (if you can find a copy). When I got home I found reasonably-priced new copies of the English-language versions of Black Atlantic (for $55) and The Killing Game ($45) on eBay, and ordered both of them.

The Killing Game is harder to find now, but Black Atlantic and In Thy Blood are still available from the same seller. 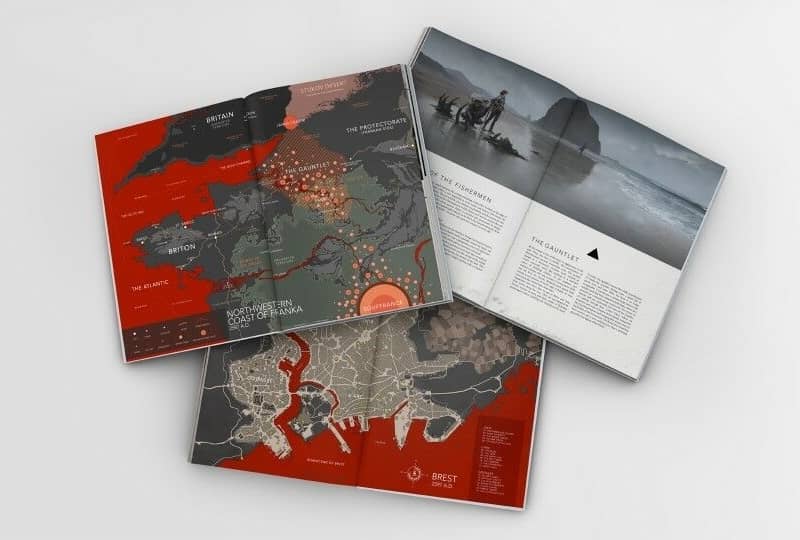 I haven’t seen the game advertised much in the US, which is shame. There’s a lot of find promo material available online, however.

Check out this introductory video for the game.

Get more details on the game at the Six More Vodka website, and order PDFs and in-print game books here (free international shipping is available for larger orders).

Below are a few more photos of the game books and the booth. Enjoy. 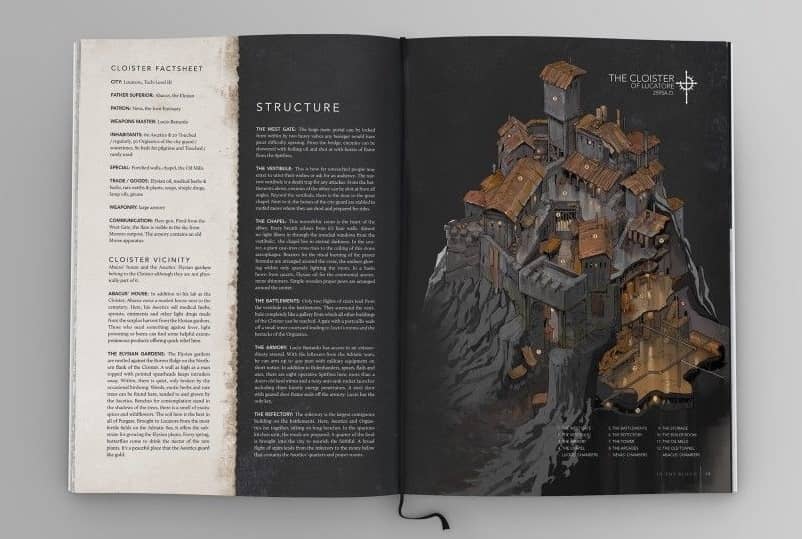 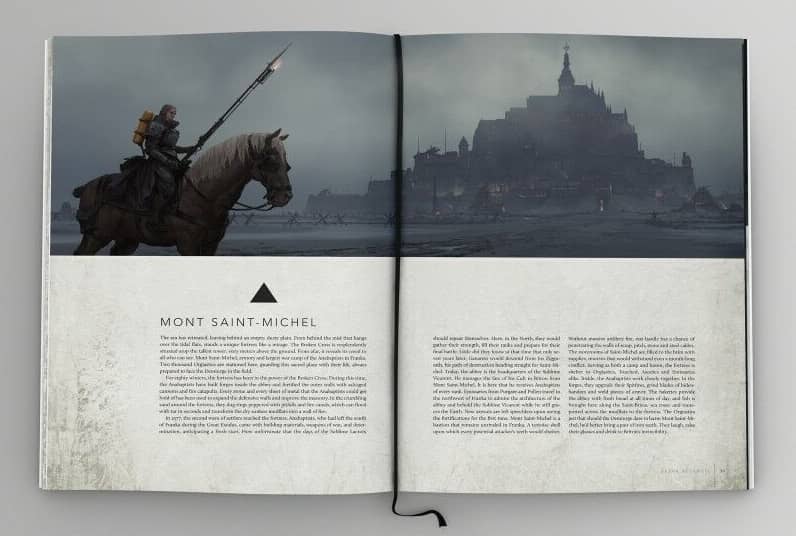 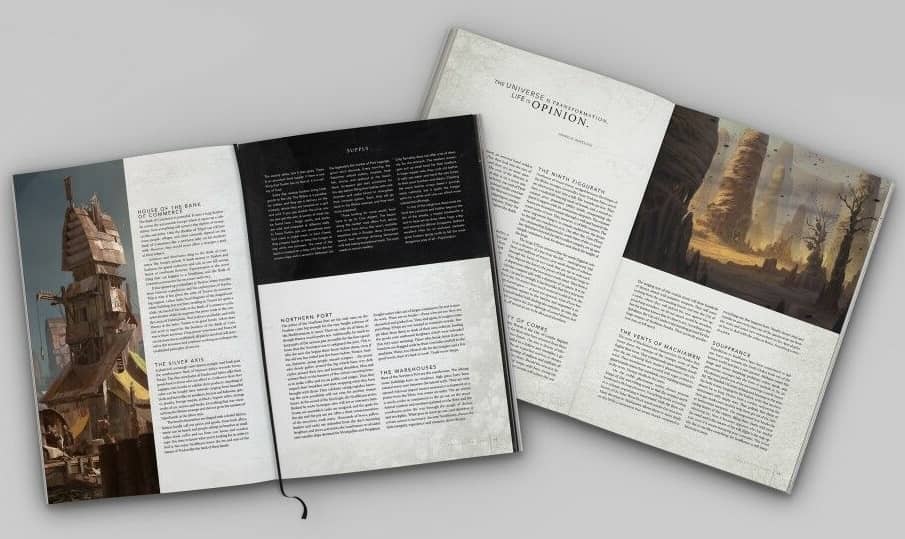 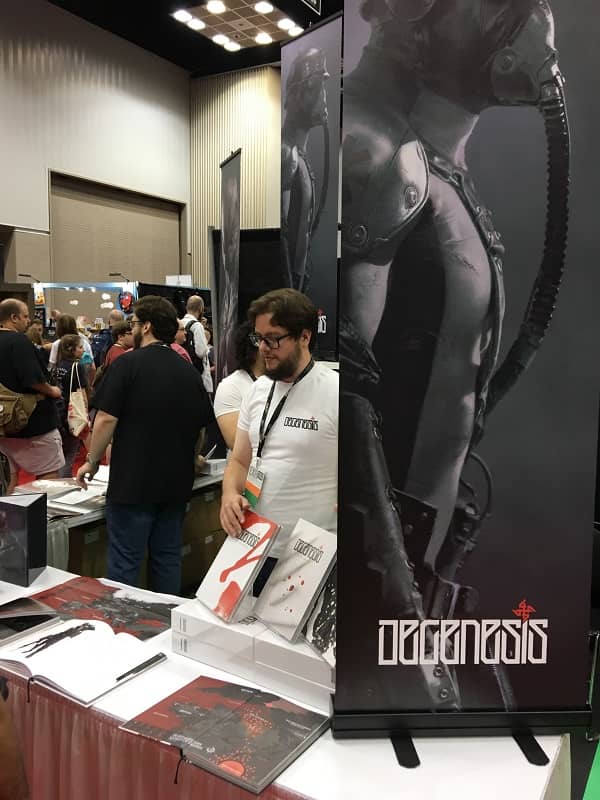 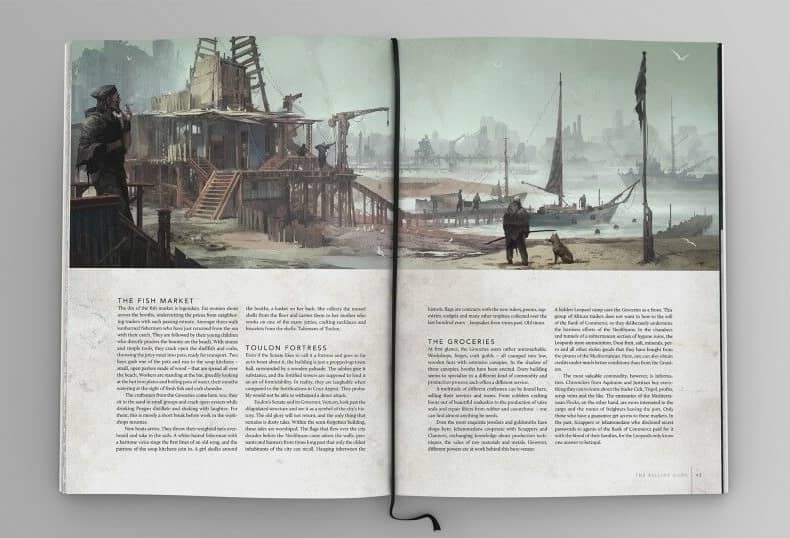