Last week I ordered a copy of Beyond the Aquila Rift: The Best of Alastair Reynolds, published in a deluxe edition from Subterranean Press. I knew it was a big volume, but I didn’t realize just how massive until it arrived with a thud on my doorstep: 784 pages in hardcover, with a gorgeous warparound cover and interior artwork by Dominic Harman.

Subterranean Press is one of the most prolific small press publishers in the genre. I don’t often give them a lot of coverage here at Black Gate, mostly because they specialize in autographed limited edition hardcovers, targeted at the collectors market, which are out of my price range. But over the last two decades or so, as mainstream publishers have largely abandoned the single-author collection as commercially unviable, Subterranean founder and editor William Schafer has made a noble effort to pick up the slack, publishing nearly a hundred collections by Jack Vance, Joe R. Lansdale, Charles de Lint, George R. R. Martin, James P. Blaylock, Robert Silverberg, Robert McCammon, Tim Lebbon, Neal Barrett, Jr., Tad Williams, Charles Beaumont, K. J. Parker, Terry Dowling, Lewis Shiner, Greg Egan, and many, many others.

Subterranean Press’ collections clearly deserve a closer look, and I’ve decided to start with three of their most recent: Beyond the Aquila Rift: The Best of Alastair Reynolds, edited by Jonathan Strahan and William Schafer, The Best of Nancy Kress, and The Best of Gregory Benford, edited by the late David G. Hartwell. All three are monumental volumes, and all three are priced very affordably, especially if your shop around. (I paid $28.54 for a brand new copy of Beyond the Aquila Rift, which I purchased from a trusted third party seller on Amazon.)

Here’s the publishing details for all three volumes:

Alastair Reynolds is at the forefront of modern SF, with several successful space opera series and a host of award nominations under his belt. Here’s a closer look at Dominic Harman’s eye-catching wraparound cover for Beyond the Aquila Rift (click to enlarge).

And here’s the description, which does a fine job hitting the highlights of his long career.

The Guardian called Alastair Reynolds’ work “a turbulent, wildly entertaining ride” and The Times acclaimed him as “the mastersinger of space opera.” With a career stretching back more than 25 years and across fourteen novels, including the classic Revelation Space series, the bestselling Poseidon’s Children series, Century Rain, Pushing Ice, and most recently The Medusa Chronicles (with Stephen Baxter), Reynolds has established himself as one of the best and most beloved writers of hard science fiction and space opera working today.

A brilliant novelist, he has also been recognized as one of our best writers of short fiction. His short stories have been nominated for the Hugo, British Fantasy, British Science Fiction, Theodore Sturgeon Memorial, Locus, Italia, Seiun, and Sidewise Awards, and have won the Seiun and Sidewise Awards.

The very best of his more than sixty published short stories are gathered in Beyond the Aquila Rift: The Best of Alastair Reynolds, a sweeping 250,000 word career retrospective which features the very best stories from the Revelation Space universe like “Galactic North,” “Great Wall of Mars,” “Weather,” “Diamond Dogs,” and “The Last Log of the Lachrymosa” alongside thrilling hard science fiction stories like Hugo Award nominee “Troika,” “Thousandth Night,” and “The Star Surgeon’s Apprentice.” Spanning more than fifteen years, the book also collects more recent stories like environmental SF tale “The Water Thief,” powerful and moving YA “The Old Man and the Martian Sea” and the brilliant “In Babelsberg.”

Beyond the Aquila Rift: The Best of Alastair Reynolds has something for every reader of science fiction, and easily meets the challenge of delivering stories that are the hardest of hard science fiction and great entertainment. 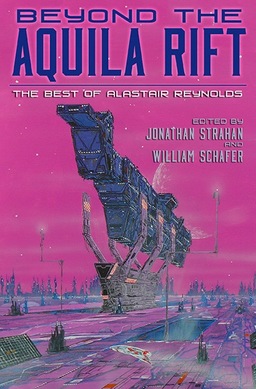 Subterranean also released an edition with a cover by the author (at right; click to embiggen). Usually authors embarrass themselves when they try to paint their own covers, but this one isn’t too bad.

Beyond the Aquila Rift is an excellent cross section of Reynolds’ fiction, with selections from each of his popular series, including generous samples of his longer fiction. It contains three novellas and a novelette set in Revelation Space, a Merlin novella, a House of Suns novella, and the Best Novella Hugo Award nominee “Troika.” Here’s the complete TOC.

I’m more familiar with Nancy Kress than I am with Alastair Reynolds, chiefly as a result of her brilliant short work like the Hugo and Nebula Award-winner “Beggars in Spain.” The Best of Nancy Kress is unusual in that it doesn’t have an editor… I assume that means that Kress made the selections herself, and she also provided a short 1-2 page afterword for each story. Here’s the description.

Nancy Kress, winner of multiple awards for her science fiction and fantasy, ranges through space and time in this stunning collection. Anne Boleyn is snatched from her time stream–with unexpected consequences for two worlds. A far-future spaceship brings religion to a planet that already harbors shocking natives. People genetically engineered to never need to sleep clash with those who do. A scientific expedition to the center of the galaxy discovers more than anyone bargained for. A woman finds that ”people like us” does not mean what she thinks it does.

Praised for both her hard SF and her complex characters, Nancy Kress brings a unique viewpoint to twenty-one stories, the best of a long and varied career that has won her five Nebulas, two Hugos, a Sturgeon, and the John W. Campbell Memorial Award.

And here’s the complete Table of Contents, including five complete novellas (“And Wild for to Hold,” “Dancing on Air,” “Shiva in Shadow,” “Trinity,” and “Beggars in Spain.”) 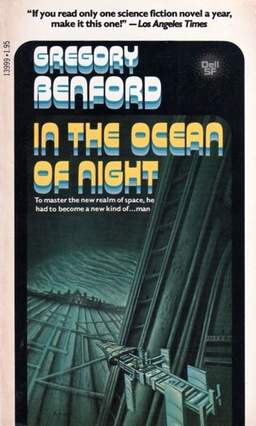 I’ve read only one Gregory Benford novel — In the Ocean of Night (1976), the one in which an American astronaut on a desperate intercept mission to a comet decides to disobey orders to destroy it, and instead lets the comet slam into the Indian subcontinent, killing hundreds of millions of people, because it might have some really cool alien tech on it — and I hated it. But in the decade since I read it, I’ve often thought that I should give him another chance, and his acclaimed short fiction seems like the right place to start.

Here’s the description for The Best of Gregory Benford, one of the last books completed by the late David G. Hartwell.

This is a monumental collection of thirty-eight Gregory Benford stories, including some of the best science fiction of the last fifty years, chosen from the more than two hundred he has published to date:

At the end of the 1960s, Benford expanded his novella ”Deeper than the Darkness,” to become his first novel of the same title in 1970. He hit his stride in the 1970s, making his reputation with stories such as ”Doing Lennon” and ”In Alien Flesh.” By the end of that decade he had written In the Ocean of Night, the first of his impressive Galactic Center novels. He entered the 1980s a Nebula Award-winner for his classic novel, Timescape. That decade continued with the impressive stories ”Relativistic Effects” and ”Exposures,” the novel, Against Infinity, and ended with ”Matter’s End” and ”Mozart on Morphine.”

By the middle of the 1980s he had also taken the leadership position of spokesman for hard science fiction, and contended with the rising cyberpunk reformers of hard SF. He has remained the most articulate defender of science’s role in science fiction to this day, and perhaps the most literate and literary of its writers. In the 1990s, by now an acknowledged master of hard science fiction, he became more playful in some works, in particular stories such as ”Centigrade 233,” a riff on Ray Bradbury’s classic Fahrenheit 451, and ”Zoomers,” a dot-com bubble superman fantasia, while still holding to the center with the majority of his writing, completing his long series of Galactic Center novels and even writing in Isaac Asimov’s Foundation universe.

That playful thread became central after the turn of the millennium, with shorter satirical pieces originally published in Nature, such as ”Applied Mathematical Theology” and ”Reasons Not to Publish.” But he still wrote the innovative stories ”Bow Shock,” ”Mercies,” and ”The Sigma Structure Symphony” and in the second decade of the new century embarked on a major collaboration with Larry Niven, in the novels The Bowl of Heaven and Shipstar.

We have here a series of snapshots of a moving target, a writer who has been growing and changing for decades, extending his art, and the art of science fiction writing. Benford continues building himself challenging structures to write in with two story series in progress that may emerge as major works. He’s not slowing down. But for the record we now have this book, a permanent chronicle of a major career. Six decades so far.

And here’s the TOC. 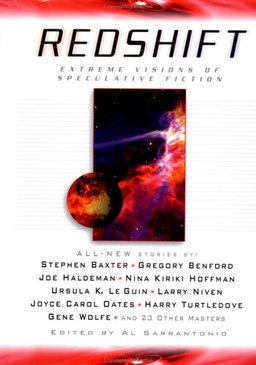 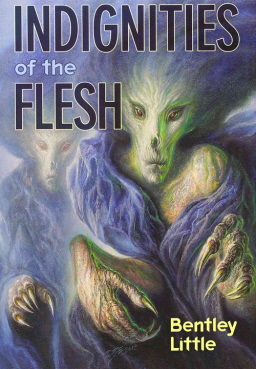 See all of our recent coverage of the best new fantasy and science fiction here.