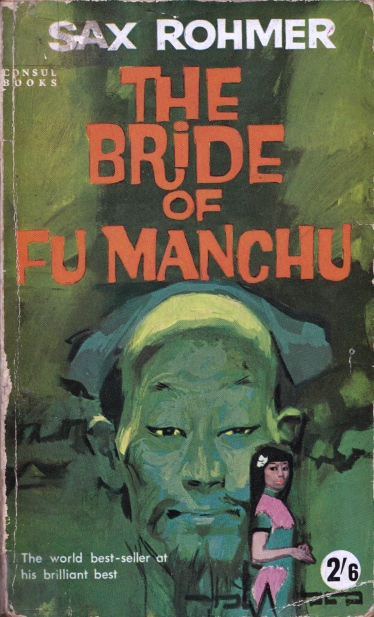 Sax Rohmer’s The Bride of Fu Manchu was originally serialized in Collier’s from May 6 to July 8, 1933 under the variant title, Fu Manchu’s Bride. It was published in book form later that year by Cassell in the UK and Doubleday in the US. The US edition retained the original magazine title until the 1960s, when the UK book title was adopted for the paperback edition published by Pyramid Books. Under any title, it is without a doubt the finest book of the series in terms of prose and plotting.

The Bride of Fu Manchu introduces readers to a new narrator/hero in the form of the young botanist, Dr. Alan Sterling. As the book opens, Sterling is in France along with Dr. Petrie. They have both been called in to investigate a strange new epidemic that has stricken the Riviera.

Sterling comes ashore on Ste. Claire and discovers a beautiful girl on an otherwise deserted beach. The introductory scene is a long and evocative one and will be instantly familiar to James Bond fans as a clear influence on Ian Fleming. The girl is called Fleurette and likens herself to the goddess, Derceto. She is the property of the mysterious Mahdi Bey, who owns the great house on Ste. Claire. A strange sonic trumpet sounds and Fleurette rushes back to her master’s home, leaving Sterling both smitten and frustrated by their brief but tantalizing encounter.

Returning to Petrie’s rented villa on the Riviera, Sterling can’t get Fleurette out of his head. Falling asleep, he has a queer dream of a purple cloud covering New York from which a dragon emerges. A Chinese figure (whom the reader will recognize as Dr. Fu Manchu) and Fleurette are riding the dragon. 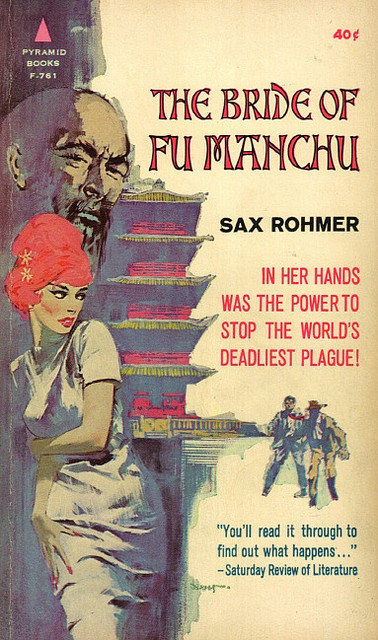 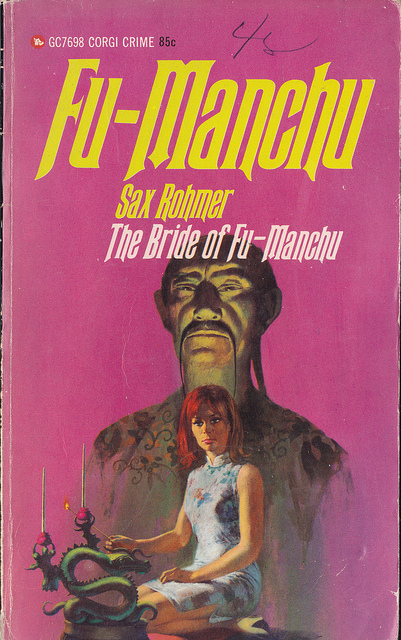 Dr. Petrie awakens him and tells him about the latest victim of the plague that has struck the Riviera. During the course of their conversation, the reader learns that Petrie attended the University of Edinburgh with Sterling’s father and that in recent years he has become a world-renowned expert on tropical diseases. It isn’t very long before Sterling begins to suspect that Petrie is exhibiting early signs of the epidemic himself.

While working on his research, Sterling is startled to discover a Chinaman spying on him from the garden. He is unable to catch the intruder, but has his first encounter with a frantic Sir Denis Nayland Smith, who has just arrived from London. Taking Smith inside to see Petrie, they discover the doctor has collapsed and appears to be near death.

Sterling informs Smith the epidemic is a man-made hybrid of the sleeping sickness and the plague that is spread by crossbreeding the tsetse fly with the rat-flea. Smith sees the hand of Dr. Fu Manchu in this plot and quickly brings Sterling up to speed. Passing reference is made by Sterling to Petrie’s ill-fated hobby of trying to break the bank at Monte Carlo, in truth one of the author’s real-life preoccupations.

The comatose Petrie’s one chance at life is to be administered the antidote he was working on at the time he succumbed. Smith prepares the solution with Sterling’s aid and injects his old friend with the untested serum. Within an hour of being hospitalized, Petrie shows signs of stabilizing. Their joy is short-lived upon learning the epidemic has spread through Europe, North America, and Australia. 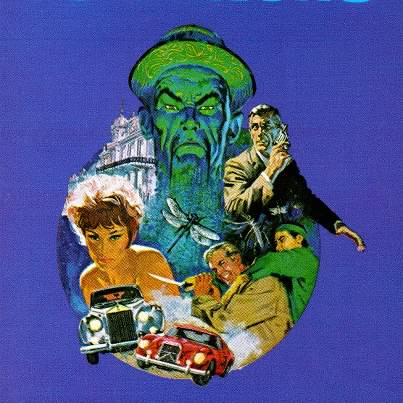 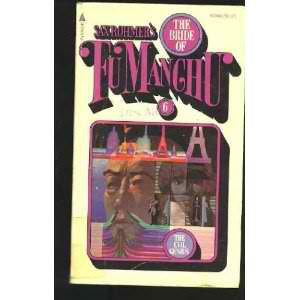 Sterling keeps vigil at Petrie’s bedside during the night and is startled to find the Chinaman who had been at the villa now peering through the window of Petrie’s hospital room. Before he can investigate further, a nurse enters and introduces him to Petrie’s newly-arrived wife, Karamaneh. Sterling is struck by her beauty and finds he is barely able to control himself around her. He struggles to prevent her from kissing her still-comatose husband, but she heeds Sir Denis’s warning that no one may touch Petrie. Karamaneh departs, leaving a disoriented Sterling feeling guilty for the wanton lust that possessed him.

Nayland Smith arrives to relieve Sterling and, after learning of the Chinaman at the hospital window, quickly concludes that Mrs. Petrie is being impersonated by Fah lo Suee, the daughter of Fu Manchu. He congratulates Sterling for having saved Petrie’s life, but warns him he will be a marked man as a result of his interference. While driving back to the villa, Sterling is nearly run off the Grand Corniche by a Rolls Royce driven by an African chauffeur. As the vehicle speeds by, he catches a glimpse of Fleurette and a wizened old man he assumes must be the mysterious Mahdi Bey. Longtime readers will of course know that Sterling has just had his first glimpse of Dr. Fu Manchu.

Sterling returns to the villa and discovers the servant unconscious and Petrie’s laboratory and study have been ransacked. Convinced that Dr. Fu Manchu is searching for the antidote Petrie discovered, he tries to ring Sir Denis at the hospital, only to learn the telephone wires have been cut. Before he can act, the electricity goes out and the villa is plunged into darkness. Hearing Fah lo Suee and the Chinaman outside his door, he fires his pistol and hears the Chinaman fall to the floor. Gas begins pouring through the shutters and after recognizing the odor of Mimosa, Sterling loses consciousness.

When he recovers, Sir Denis is at his side. Sterling learns that the formula to the antidote is in the hands of the enemy and Dr. Petrie’s condition is worsening. Petrie’s life is dependent upon their French and German colleagues’ abilities to perfect the antidote. A weakened Sterling collapses as readers are left eager to know what will happen next.