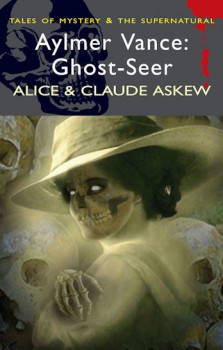 Aylmer Vance, agent of the enigmatic Ghost Circle, made his first appearance on the nightmare stage in 1914. The creation of husband-and-wife writing team Alice and Claude Askew, Vance appeared in eight consecutive issues of The Weekly Tale-Teller between July and August. The stories-“The Invader”, “The Stranger”, “Lady Green-Sleeves”, “The Fire Unquenchable”, “The Vampire”, “The Boy of Blackstock”, “The Indissoluble Bond” and “The Fear”-ranged from grotesque to gentle, and are, by and large, of a slower pace than those featuring Vance’s contemporaries, such as Carnacki. Only one of the stories has been regularly anthologized (“The Vampire”), with the rest languishing in obscurity until the release of recent collections by Ash-Tree Press and Wordsworth Editions respectively.

Like John Silence, Vance inhabits an England of soft spiritual influence, where elementals, ancient memories and ghostly manifestations cling to the unseen corners and visit just long enough to inject the mundane with a booster shot of the strange. Unlike Carnacki’s Outer Monstrosities and Malign Visitors, the apparitions that Vance faces are utterly human in their aspect, if not their motivation. Death is no barrier to the desires of the flesh or the dreams of the determined, and it is when these elements intrude on the hard-won peace of the Edwardian mind that the Ghost-Seer must intervene.

“Does a night like this fill you with vague longings? Do you yearn to discover the secret of the universe-to know more than is good for man to know-perhaps to peer into the future?”

Much like Hodgson’s Carnacki stories, the Askews chose to tell the majority of the Vance stories at a remove, with Vance narrating these tales after the fact to his companion, Dexter. A humble barrister, Dexter provides an identifiable viewpoint character for the reader, acting in the same capacity as Hubbard from the John Silence stories or Dodgson from the Carnacki stories. However, Dexter manages to get in on the action once or twice, most notably in “The Vampire”, where he is instrumental in rescuing an innocent victim of the eponymous monster. 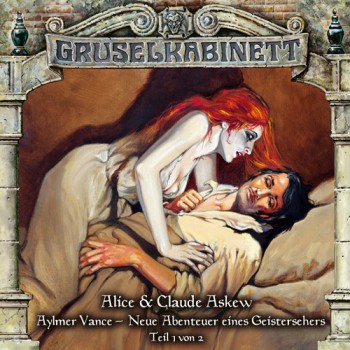 Aylmer Vance, acting as an agent of the Ghost Circle (a group that is mentioned often, but never elaborated on to any degree, leaving the reader free to imagine what they will),unlike his peers, is often late to the party, so to speak. When he does become involved, it is often too late or to no avail. The sole exception to this is “The Vampire”, which likely explains that story’s viability as a reprint. There, Vance functions as a traditional occult detective, puzzling out the gruesome mystery to a man’s recurrent anemia, and effectively ending the threat of the blood-sucker in question.

However, in the bulk of the stories, most notably “The Invader” and “The Fear”, Vance is alarmingly helpless in the face of his otherworldly opponents. In the case of “The Invader” this leads to the death of a friend and the arguably more horrible spiritual disembodiment of the man’s wife. In “The Fear”, Vance can only recommend the absolute destruction of the client’s castle, a favorite method of ending spectral threats in the Vance stories; he suggests it in “The Vampire”, “The Invader” and “The Boy of Blackstock” as well.

Indeed, compared to a character like the dynamic Shiela Crerar, Vance is a bit of a wet noodle when it comes to the occult. He shows all the knowledge of a dedicated opponent of the more malevolent forces of the supernatural world, but displays a distinct lack of gumption.

There’s a strange sort of frailty to the character of Vance. A tenderness that brings tears to his eyes when he recounts the sad fate of the doomed couple in “The Invader” or the determined final walk of the young would-be bride in “The Indissoluble Bond”. Other, contemporary, occult investigators display a gruff professionalism in their business. They are sympathetic, but not so empathetic to the almost embarrassing degree that Vance displays. 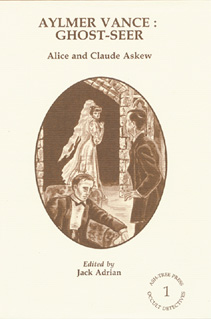 Indeed, Vance is less an investigator than an apologist in some respects. He treats supernatural beings as a naturalist might treat wild animals, seeing them not as opponents, but as fascinating subjects of study and wonder. That they become involved in the business of humans is, to Vance, a distressing prospect. Such softness of outlook might be explained by the events of “Lady Green-Sleeves”, where Vance’s first (and only) true love is revealed unsurprisingly to have been a ghost (and a self-aware one at that!), but regardless of its origins it seems to hamper his abilities. Vance is more apt to throw himself down on a bed of rushes and watch the majestic spin of the stars in the night sky than he is to face down a hungry, hunting horror from beyond the veil. Indeed, in at least two cases (“The Stranger”, and “The Fire Unquenchable”), he withholds his knowledge and aid from the afflicted in order to facilitate the desires of the supernatural entities in question!

Still, for all that he is ineffective and occasionally unhelpful, Vance does his best to try and help in those situations he deems truly harmful to those affected. Dexter at his side, he offers gentle counsel and advice, trying his best to steer his clients, friends and companions out of the murky, dangerous waters of the occult world. He faces the creeping fear of Camplin Castle and the blood-thirsty horror of Blackwick with neither hesitation nor recrimination.

There is more to this dichotomy, perhaps, than weak characterization. Vance displays a similar other-worldliness to John Silence, acting as if he is privy to secret things which color his judgement in certain moments; a superior sense of the spiritual, which forces him to act not just as protector, but as mediator and facilitator. A keeper of some esoteric balance which is visible to none but Vance himself.

Very nice, Josh. Aylmer Vance is a gaping hole in my collection I will rectify immediately.

I’m very fond of the Wordsworth Editions line of TALES OF MYSTERY & THE SUPERNATURAL. There must be close to a hundred by now, and they’re both handsome and inexpensive.

Although I note that the edition listed on Amazon has a far more pedestrian cover:

How do I get the one with the better cover? 🙂

If you find out, let me know. All the copies I’ve seen thus far have had the pedestrian cover…:)

And the Wordsworth Editions have been quite handy in helping me fill in some holes in my collection(including Carnacki and Vance)…there’s even an anthology called ‘The Black Veil’ (I think) devoted to occult detectives, most of which I had never heard of before.

[…] in 2012 by Jim Beard, Janus is equal parts Carnacki, Aylmer Vance and John Silence, and was intentionally crafted as equal parts homage and successor to those […]

[…] The Power of Darkness — Tales of Terror, by Edith Nesbit, and Alice and Claude Askew’s Aylmer Vance, The Ghost-Seer. There’s plenty more to come, so stay […]

[…] W.F. Harvey The Power of Darkness — Tales of Terror, by Edith Nesbit Alice and Claude Askew’s Aylmer Vance, The Ghost-Seer The Black Veil & Other Tales of Supernatural Sleuths edited by Mark Valentine Voodoo Tales: The […]

[…] in 2012 by Jim Beard, Janus is equal parts Carnacki,Aylmer Vance, and John Silence, and was intentionally crafted as equal parts homage and successor to those […]

[…] something a bit less rough and tumble, why not take a look at Aylmer Vance? The ghost-seer is a more cerebral sort of detective, with a melancholy outlook and strong sense of […]