Neil Clarke has been nominated for the Hugo Award for Best Professional Editor for each of the last five years (not including 2015, when the Puppies took over the ballot and nominated pretty much exclusively their Puppy-aligned pals), and has won three Hugo Awards for his magazine Clarkesworld.

But recently he’s been gaining more recognition as a highly-regarded anthology editor, for books such as Galactic Empires, the cyborg anthology Upgraded, and The Best Science Fiction of the Year, Volume 1. Volume 2 of his Best Science Fiction of the Year arrived earlier this month, with stories by Ian R. MacLeod, Nina Allan, Lavie Tidhar, Sam J. Miller, Xia Jia, Aliette de Bodard, Alastair Reynolds, Sarah Pinsker, Margaret Ronald, Robert Reed, Suzanne Palmer, Ken Liu, Carolyn Ives Gilman, and many others. Its arrival kicked off the Best of the Year season — nearly a dozen more Best of volumes are scheduled to arrive over the next few months. 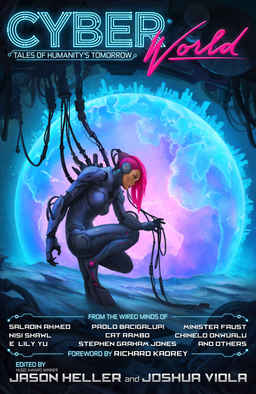 The Best Science Fiction of the Year: Volume Two collects the best short SF of the year from over a dozen different sources, including magazines lke Asimov’s SF, Clarkesworld. Lightspeed, Analog, Tor.com. Interzone, and F&SF, and anthologies such as Now We Are Ten, Invisible Planets, Bridging Infinity, Drowned Worlds, and Cyber World: Tales of Humanity’s Tomorrow.

Here’s the complete Table of Contents for The Best Science Fiction of the Year: Volume Two. 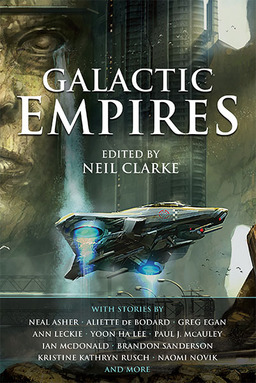 The next Year’s Best volume on the horizon is the eleventh volume of Jonathan Strahan’s long-running series, arriving next week from Solaris.

The Best Science Fiction and Fantasy of the Year, Volume Eleven edited by Jonathan Strahan

And for my fellow Neil Clarke fans…. here’s our coverage of his recent releases:

Plus our regular monthly coverage of his magazine Clarkesworld, of course.

The Best Science Fiction of the Year: Volume Two was published by Night Shade Books on April 4, 2017. It is 624 pages, priced at $17.99 in trade paperback and $9.99 for the digital version. The cover is by Markus Vogt. See more details at Neil’s website.

Almost as interesting as the TOC is Neil’s list of Honorable Mentions. It’s relatively short (last year’s was forty-something entries), so it’s very satisfying to be on that list.

I haven’t seen this year’s Honorable Mentions list, but last year’s included a story by Clifford D. Simak—yet another late publication of a story originally meant for THE LAST DANGEROUS VISIONS.

That is interesting! Glad to see a Simak story make the list after all these decades. I suspect he would have been very proud!

A few more stories from LDV were liberated this year, including “Love Song” by Gordon R. Dickson, in The Best of Gordon R. Dickson, just released this month by Baen. So yeah, it’s worth keeping an eye on Neil’s TOC and his list of Honorable Mentions every year, just to see how the old masters measure up.