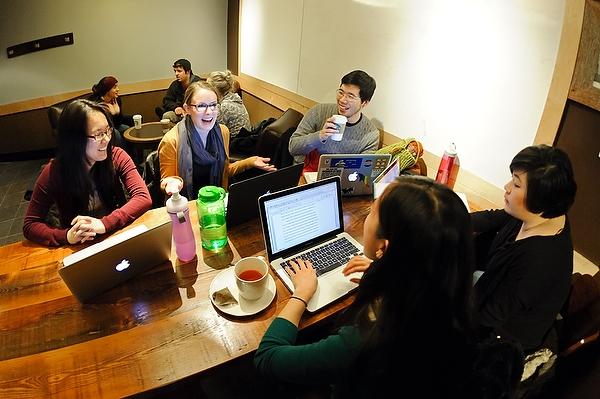 In a previous blog (linked above), I talked about my Exploring Fantasy Genre Writing class and how they’re required to try their hands at forms beyond the basic short story: including poetry, blues songs, plays or radio plays, comic books, and mock journalism (any of the print or broadcast forms). For other weeks, they can choose yet a different form, but they can’t work in the exact same form twice.

The biggest challenge is to get them to think about and understand the inherent strengths and weaknesses of each form as they’re writing, and then create a story that works with the form rather than against it. Sometimes they get carried away with a story idea and forget the limitations of the form. Sometimes the mistakes are astounding.

For several semesters, I had the play/radio play assignment attached to the Arthurian Legends theme. The guidelines for the assignment included these rules: for stage plays, it should be a short 1 act play, no longer than 15 minutes, that can be staged in a bare-bones, low-resource, “black box” theater. In other words, there could be no trap doors, no Peter Pan flying harnesses, no Phantom of the Opera crashing chandelier. The play should require only minimal special effects and minimal staging requirements. 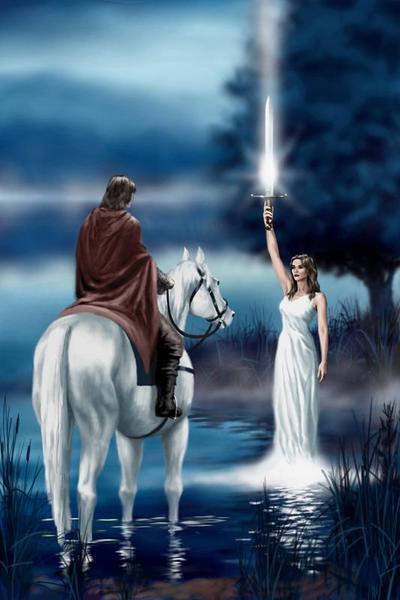 I’d get three or four stage plays a semester than started with knights riding horses, and at least two that had the Lady of the Lake swimming and diving in a deep lake. I would point out that it is not feasible to have live horses in a small theater. For every one person who said, “Well of course I meant stick horses, or something like that!” I’d get two or three others who said, “Oh! I didn’t think about that!”

After getting the students to realize that large water tanks also won’t fit inside, or in the budget, of a small theater, I was able to help them brainstorm creative staging options. If the play was a comedy about the Lady of the Lake, then a children’s wading pool would work just fine. 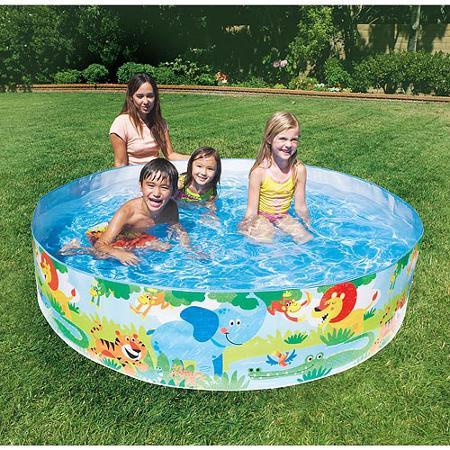 And yes, things like lighting, backdrops, costuming, and such can be utilized to represent water and swimming. But first I had to get the student to think about the realities of the form. If you can’t have a real lake, how can that be represented? While you leave many of the staging choices to the director and stage manager, you still need to have a vision, and write a play that makes it clear you haven’t forgotten that you’re writing a play rather than a movie.

Each of these tactical problems – horse and swimming about in lakes – could be easily solved via sound effects in a radio play, as well, so we’d also consider whether switching to the other play form might be a good option. (Monty Python has forever determined what the sound of galloping horses sounds like, even is the horses are shown to be walking in a bog.) 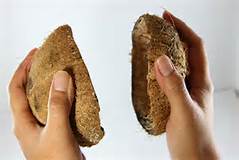 Students encounter a similar problem with the comic book assignment. The assignment guidelines say they must write the detailed script (which is mostly made up of indepth descriptions of the pictures they want the artist to draw) for a minimum of 8 panels. The theme of the week is mysteries and psychic detectives. The crime has to be supernatural or paranormal in nature. They are free to use the widest definition of “detective” – anything from Sam Spade to the Scooby Doo gang, a vampire detective to Miss Marple.

There are two common problems in their scripts. The first is not getting any real action happening on the first page. (An average comics page now has five panels.) The first seven panels would start with a landscape-establishing shot; zoom in slightly to a street; then a building; then a window; then a close up on a phone on a desk ringing; then a medium shot that showed the phone still ringing on the desk in the forefront and a human form, covers over their head, with snoring SFX, in the background; then an arm having come out from under the covers to knock the phone off the hook. By that time, we’re into the middle of the second page and we haven’t even seen the character’s face, much less had any compelling action.

Prose, and even TV and film, can have that sort of leisurely opening sequence. A comic book, which has to hook the reader’s interest before the page turn after panel 5 – else the reader doesn’t ever bother to turn the page – doesn’t have that luxury.

The second problem is once again getting caught up in the story and forgetting the medium. A comic book panel is the equivalent of a photo. A little bit of action can be implied via movement lines, but a little of that goes a long way. Additional action can be implied via the gutter between panels. If the first panel shows a hand on a doorknob, and the next panel shows an open door with someone standing on the front step, we can infer that the character opened the door.

But in some of my students’ scripts, the “action” directions (what you want the artist to draw) would indicate a series of complex actions that were to be shown in a single panel. Unless you’re doing an online comic that is composed of a series of GIFs, that isn’t possible.

The goal of the course, the purpose in having them try out all these different media forms, isn’t just to get students to figure out how to solve staging and snapshot problems. The ultimate goal is to get them to think of medium as part of the story itself. To, ultimately, come up with an idea, then scroll through a mental Rolodex to figure out which form would best fit that idea.

If the Red Riding Hood story is told through a series of police reports, the police officer writing the report becomes an important character. The report might not show the officer’s dialogue to suspects and witnesses, but the officer’s character and personality shine through: in the way the report is written; in the questions that are asked; and in the summaries and judgments included. Likewise, much can be implied about the personalities and back-stories of the witnesses and victims, through what they say or don’t say, and also through observed facts and other witness statements that contradict or conflict with the character’s statements.

As Marshal McLuhan famously said, “The medium is the message.”

The chosen medium can convey a great deal of information and subtext. In a story, in any form, what is left unsaid is nearly always as important as what is said. And certainly, as story-crafters mature, they learn that they don’t have to put every minute detail on the page. They don’t have to wrap up every last thread of the story into a neatly-taped present with a red bow on top. Leaving some elements unstated, while at the same time giving readers significant clues or things to think about, can make a story linger in the reader’s mind long after the story is done.

As creators, we must learn to both use – and subvert – audience expectations and media forms.  Likewise, as readers, we need to learn to read between the lines. 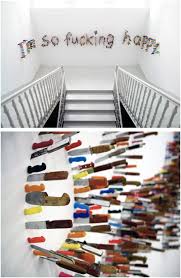 In the image above, if you looked at only the first picture, you missed more than half the story. The medium – the knives – provides a whole new layer to the story. And that’s the layer that blows my mind, and has had me thinking about that story for more than a week. A stabbing is an angry and intimate thing. It takes a great deal of force to stab a knife into a wall. Think how much force, or how much time it took to do each of those. How long did it take to accumulate that many knives? Did it raise anyone’s suspicions? Who is the message for? Is it a threat? A warning? Was it done by a person with dissociative identity disorder or a psychopath? There are so many pretty, colored knives. It looks like a rainbow font used in children’s books. Is it a well-adjusted knife-thrower proclaiming her love for her partner for all the world to see? The possibilities are endlessly intriguing. And the form – the knives – is the story.

If you enjoyed this post, I hope you’ll check out my other blogs.

The Skeleton Matters (Or, Why It’s Not OK to Skip Scenes in Your Third Act)
Congratulations to the Dell Award Winners, including Courtney Gilmore of Columbia College
Story in Its Many Forms
Escaping the Darkness, or What to Do When Your Imaginary World Gives You Real Nightmares
Season’s Greetings: Some Recommendations To Warm Your Cold Cockles
It Was Only A Dream…
Seven Common Approaches to Stories That Use Mythology, Fairy Tales & Other Established Source Material
No TV for You (when it comes to publicizing your book)
Peer-Pressure Writing: Offering Encouragement & Just a Little Shame
A Story Analysis Worksheet
Tricks for Writing in Public
Location, Location, Location! or How to Find and Maintain Your Writing Space
What Should You Put In a Cover Letter?
Ignore the Market Guidelines at Your Peril – How (Not) to Build a Career

This was my favorite so far of all your posts in this series. Lovely!