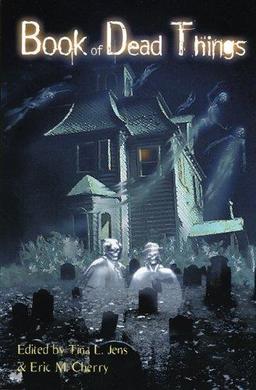 I was the editor of a small press that published genre anthologies and short story collections for about 13 years, and I’ve been writing, submitting, and selling my fiction for about 25 years. So, I’ve been on both sides of the editorial desk, at least in a small way. I now teach fantasy fiction writing at Columbia College — Chicago.

One of the questions that comes up every semester is, “What should I put in my cover letter?” Students, and many new writers, are afraid of cover letters.

What they don’t know is, that many editors are afraid of cover letters, too.

Way too many writers torpedo their chances at making a sale by saying ridiculous things in their cover letters – things so out of bounds that the editor has no choice but to reject the story without even reading it, or risk losing all self-respect if they don’t. Getting ready in the morning is hard enough without having to avoid meeting your own eyes in the mirror.

The small press that I ran was tied to Twilight Tales: a weekly reading series in Chicago. We also ran the reading track or open mics at many local and national genre conventions, and published national and international authors monthly on our website. The point of that was to make it possible for authors out of Chicago to participate in a Twilight Tales event. To submit to our anthologies, you had to have taken part in at least one of those activities. In the 17 years that the show ran, through those combined projects, we estimated that we dealt with more than 1,000 authors, from pretty close to all 50 states, seven countries, and across the full spectrum of genres.

So, when we were publicizing our guidelines for each anthology, we sent them out to many of the genre market reports including Ralan.com, Duotrope.com, the Gila Queen’s Guide to Markets, Hellnotes, the Horror Writers Assoc, Science Fiction and Fantasy Writers of America, Mystery Writers of America, Sisters In Crime, and International Thriller Writers newsletters, and others. It was the only reasonable way to reach all our qualified authors.

The first paragraph of every one of our calls for submissions stated, in ever-increasing detail, ever-escalating firmness, and even ALL CAPS for crucial sentences, that you had to participate in one of these ways. And by the way, here’s the email addy for our web fiction editors, if you’d like to be considered for one of those slots, and so, become eligible to submit, if you weren’t already. We kept an updated list of authors who participated, but we gave submitters the option of telling us in the cover letter when and how they had participated, in case we had failed to put them on the list.

I really couldn’t have been more clear than that, more firm than that: we absolutely, always enforced the Twilight Tales Participation Rule. Authors couldn’t even find out what the theme of our anthology was until after they’d read that paragraph, or at least gone out of their way to skip it.

Despite that, with every anthology, we’d get a couple of submissions from authors who hadn’t participated, and who got grumpy when we emailed and politely asked how and when they’d been a part of our events.

But, even worse things were to come.

In one cover letter, an author chewed me out and said, (paraphrasing)

I read your rule about having to participate in Twilight Tales. I haven’t, but you’re circulating your guidelines in national market reports, so you can’t enforce that rule. 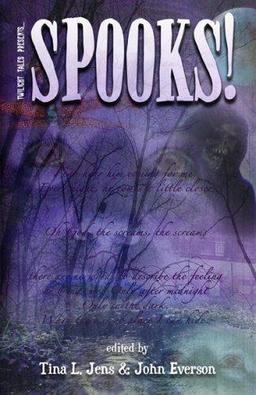 A little secret: yes, I can. Yes, I could. An editor or publisher can make and enforce any submission rule they want. Don’t waste your time and energy, or the editor’s time and energy, submitting a story that goes against their guidelines and especially don’t chew the editor out in a cover letter. The first will get your submission rejected unread. The second will piss the editor off, hurting your chance of selling to them for another project you might qualify for.

I know several editors who keep a list of authors who have pissed them off, as a reminder to themselves not to work with those people. Editors may not have the memory of elephants, but they’re very good at keeping track of lists and files. If this seems childish or unfair, you need to realize that most editors don’t get paid much better than writers. And many small and mid-sized editors may not get paid at all. They’re doing it simply because they love it. But it’s hard to love something when people are behaving badly.

So, many have a rule that they simply won’t work with unprofessional or unpleasant authors. An editor can help a friendly and courteous author make a good story great. But they can’t fix what ails a belligerent author. Acting in a friendly and professional manner plays a significant part in getting published. And in most cases, your first chance to make a first impression is in your cover letter.

But the “You can’t enforce that rule” letter wasn’t the worst.

I haven’t been a part of Twilight Tales in any way, but I have the perfect story for your theme, and I blew off a date with a girl just to finish the story in time to make your deadline, so you HAVE to read it.

A little secret: no, no I don’t. I really wanted to write back and say, “You should have gone on the date, because even without knowing you, I can guarantee you had a far better chance of getting laid than you have of getting published in this anthology.”

I didn’t do that – though I was sorely tempted – because even when people are rude to you, it’s almost always the better choice to act professionally toward them. I’ve seen lots of authors trash-talk editors who had simply sent them terse but professional rejections. I had no desire to have the “Tina says you should have gotten laid” meme trending on social media and whinging around the internet forever.

Twilight Tales had the participation rule because a large percentage of our book sales were from folks who attended our events and wanted to take home a souvenir. So we needed the stories and authors to have a tie to us, for that to feel authentic. Also, we had an all-volunteer staff, and we published a lot of first-time authors. We needed a way to keep the number of submissions to a somewhat manageable level. 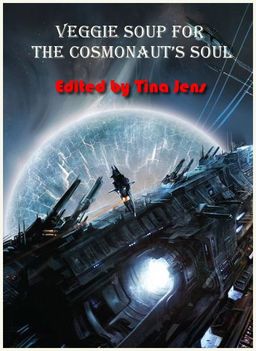 As it was, we still got about a hundred submissions for some of our early chapbooks, and a couple hundred for our later trade paperback anthologies. That’s nothing, compared to what most magazines and anthologies get, but it was a huge amount for me and another volunteer, when we made it a point to give every author at least a little bit of feedback on their story.

Editors and publishers have carefully considered reasons behind the individual rules in their guidelines. You may not agree with them, but that doesn’t matter. A cover letter that says, “You have to waive that rule because you’re not being fair to me!” ignores the fact that waiving the rule for you wouldn’t be fair to everyone else.

Even if the guidelines state that, “Only Martians born on even-numbered days of the month while the moon is in the 7th House and Jupiter aligns with Mars can submit to our anthology Veggie Soup for the Cosmonaut’s Soul,” the best course of action is to say to yourself, “Damn, I don’t fit the guidelines. I had a story that would have been perfect, but I don’t fit. What other market can I send my story to?”

This is true whether the conflict is your personal demographics, or the content of your story includes elements they say they don’t want to see, or the word count is too long.

There are literally hundreds of markets that publish genre fiction. Some die, but more are born each year. Don’t waste your time and energy trying to force your story into a market that has given you clear reasons why your submission would not fit. Just keep scrolling down the market reports — and reading the guidelines carefully. You’re guaranteed to find a better home for your piece.