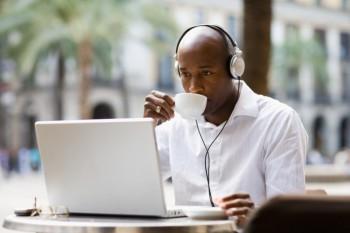 Last week, I talked about how to find the right space at home for writing. As a part of that, I touched on the fact that, sometimes, the primary purpose of a room can interfere subconsciously with your writing efforts.

In our condo, I made the second, tiny, bedroom my office space. But since I spend a lot of time in there grading student papers, modifying my class curriculum, prepping for the next class, doing administrative and publicity work for the Gumbo Fiction Salon reading series, writing non-fiction, handling business correspondence, doing travel planning, and other writing-related-but-not-fiction-writing work, sometimes, even with the playful decor of the room, my office is not the best place to write fiction. I’m too aware of the other tasks that need to be done.

In other rooms, I’m often distracted by the visual To-Do List that pops up everywhere I look. There’s always laundry that’s piling up, a few dishes in the sink, a closet or cabinet or shelf that needs organizing, administrative work to do. And while making sure the clutter or items that need attention are behind me, I’m aware of the chores, even if they aren’t in my peripheral vision.

Sometimes, the only way I can escape the visual To-Do List, is to get out of the house. I do some of my best fiction writing out in public. Part of that is the “out of sight, out of mind” concept, but there’s also an element of helpful coercion. I don’t have to prioritize and make judgments about whether my writing or housework or grading or administrative stuff should be done first. If the only work I have with me is my writing, then I might as well be productive and do it. 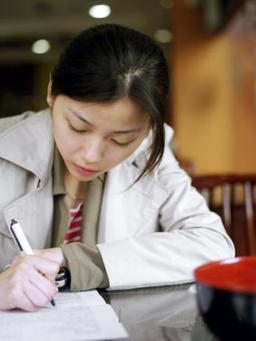 I’m one of those who usually finds the white noise of a café creates a soothing bubble to work in. There are times when a high-pitched, high volume talker gets on my nerves, or I find myself getting edgy because I actively dislike the music the coffee jockey is playing. But, living in a city, there’s always another café or coffee shop a few blocks away where things may be quieter and the music better.

I generally work for about an hour and a half in once place, pack up my gear, and walk to another place four to eight blocks away, simply because I’ve started getting stiff and I need to stretch the legs and back. I use the walking time to puzzle through plot ideas and possible twists for the story or to further explore a character’s backstory.

I tend to find places I like and frequent them, often a couple times a week. Those could be any combination of coffee shops, diners, bars, and music clubs.

Assuming you don’t take up a table for hours on end, drinking one cup of coffee (or even worse, a free glass of water), during their busy time, they won’t mind. It should go without saying, you should leave a tip that is based on the fact that you took up real estate for a long period of time, even if you didn’t consume a large amount of food or expensive beverages. Think of it as paying rent for the table, rather than calculating your tip based on your tab. If you’re considerate and friendly, they’re generally delighted to have a writer in residence.

Make friends with the waiters and staff. It’s always good to have a team cheering you on. If you’re like me, when you get done writing a really good scene or a really difficult one, you have a visceral need to talk to someone — right away! A good writing session can trigger a major adrenaline rush. And if your server isn’t busy, they’ll usually enjoy hearing about the project you’re working on. But keep the conversation brief, especially if they have other customers.

There are additional benefits to being a regular at these places. I’ve had waiters intercept strangers that were approaching me, saying, “Don’t bother our writer, she’s working.” I’ve had them quietly refill my coffee without my noticing, until I went to take a sip and found my coffee warm when it should have been ice cold.

A couple waiters and café owners were savvy enough to realize that not typing because I’m taking a break can look a lot like not typing because I’m deep in concentration trying to work out a plot development. We kicked around some ideas and came up with two inexpensive and easy-to-read methods to signal the difference. 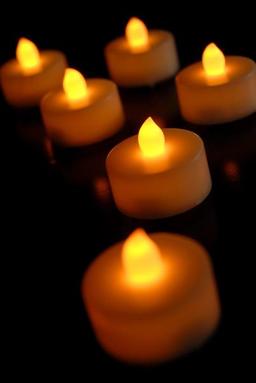 For daytime or well-lit locales, I’ve taken wooden blocks and painted the top half green and the bottom half red. If the red side was up, it meant, “Do Not Disturb.” If the green side was up, it meant, “I’d love to talk to you!” The couple who owned one of the cafés loved the idea so much they kept a basket of the blocks near their cash register, and writers and business people working on their laptops were encouraged to use them. The blocks kept disappearing because so many people embraced the idea. Luckily, the husband did a fair bit of amateur woodworking, and had no problem producing more blocks at almost no cost. They kept an art kit behind the counter, and we had a grand time painting and decorating the blocks when I was on a writing break.

For other places that were so dimly lit that the colors on a block would be hard to see, I’ve used an inexpensive little LED tealight candle. If the candle was lit, I was working. When I turned it off, I was ready to socialize (and likely order another drink or a nosh).

Using a technique like that can also help train your mind about when to tune into writing and block all other things out. But that sort of mental jujitsu is a subject for another blog.

I’ve even had friends and comrades figure my unconscious patterns out, without my doing anything to clue them in or train them. There is a bar with a lovely beer garden that I often sit in to write or grade student papers. One friend told me recently, “You drink coffee or nurse one alcoholic drink until you’re done working. I know I can come talk to you when you order your second glass of wine.” I had no idea I did that; but she was absolutely right.

Whether at home or in public, find the writing space that makes it easiest for you to slip into your imaginary world – after first doing a bit of socializing and training of those around you, so that they, too, are helping you toward your goal.

I’m always looking for new ideas, so I’d like to know what tips and tricks have worked for you when writing in public. Share your ideas and suggestions in the comments below.

I was fortunate enough to witness an all-time great feat of public writing, at The Change of Hobbit bookstore in Los Angeles on February 26, 1976, when Harlan Ellison sat at a table set up in the display window and wrote. I don’t know what his tricks were for such a situation, but his concentration was incredible. Everyone present got autographed copies of the stories he completed, and I still have mine – “Mom” and “From A to Z in the Chocolate Alphabet”, both of which can be found in his collection, Strange Wine.

Howdy. You might link back to that prior article on home writing. Not everybody will think to use the search box. Which is probably some kind of commentary on I don’t know what…

Thomas – that must have been amazing to witness, and you got a wonderful memento from it!

Bob – thank you for that suggestion! We should have done that. We’ve added the link now.

At the local B&N and Starbucks, it’s somebody else’s literal job to keep the place tidy. At home, I have two young sons who make messes faster than I, or we, can clean them up. I know exactly what you mean by the visual To-Do list.

Sometimes I meet a fellow writing mom for work dates. We sit for hours at the same table, mostly not interacting in any direct way. But our bargaining positions for protecting that writing time from our families, and from our own impulses to give everything to our families, are a lot stronger when we can say, “She’ll be waiting for me there, and I don’t want to let her down.”

Sarah – Meeting someone else for a writing date can be very effective! I call that peer pressure writing. I’ll be doing a blog on that in the next couple months. I hope you’ll share some of your experiences in the comments section of that one, too.