Back in December I talked about a few of my favorite anthologies, The Good Old Stuff (1998) and The Good New Stuff (1999), which collected some of the best adventure SF from the last century, alongside Gardner Dozois’ detailed and affectionate commentary. Dozois followed up with another fine pair of anthologies focused on deep space exploration and the far future, Explorers: SF Adventures to Far Horizons and The Furthest Horizon: SF Adventures to the Far Future, both published in 2000. All four were released in trade paperback from St. Martin’s/Griffin, and the set is the equivalent of a Master’s level course in SF of the 20th Century.

Like the first volumes, they include Dozois’ lengthy and highly informative intros to each story. Together with the first four, these books form the basis of a very solid library of 20th Century science fiction.

Here’s the back covers:

Dozois is arguably the most accomplished editor in the field of modern genre short fiction.

I admit I was pleased to see that quote show up on later titles in the series, including both of these (see the back cover scans above).

Unlike the first four volumes in the series, which were heavily weighted with classic SF, Dozois’ emphasis here is much more modern. He took pains in these two books to highlight the work of  emerging SF stars of the 90s, including Robert Reed, G. David Nordley, Stephen Baxter, Ted Chiang, Charles Stross, Paul J. McAuley, Tony Daniel, David Marusek and Eric Brown.

Worldmakers packs in plenty of classic SF in its 20 stories, including a Psychotechnic League novella by Poul Anderson, an Instrumentality of Mankind tale by Cordwainer Smith, and a Shaper/Mechanist story by Bruce Sterling. But half of the contents were from the previous decade, including two novellas by Joe Haldeman and Geoffrey A. Landis. 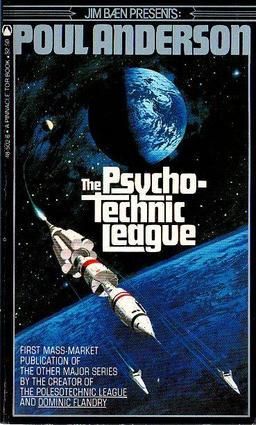 But of its 26 stories, some two thirds — 17 in total — were published in the preceding decade, including a Quiet War novelette by Paul J. McAuley, Joe Haldeman’s Hugo-winning “None So Blind,” and no less than four novellas: a Metaplanetary tale by Tony Daniel, a Sister Alice story by Robert Reed, a Cathy tale by David Marusek, and a novella by Brian Stableford. 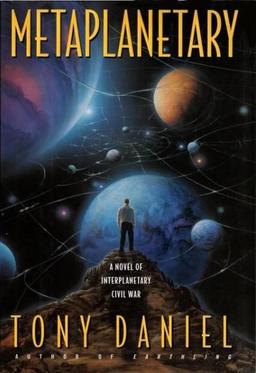 Here’s the complete TOC for Supermen. 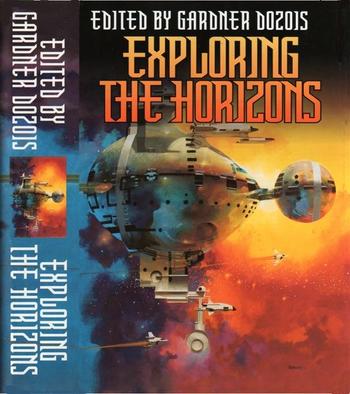 One thing I regret about these two volumes is that they never had an omnibus edition from the Science Fiction Book Club. The Good Old Stuff and The Good New Stuff were collected into one massive 982-page volume as The Good Stuff in 1999, and the same thing happened with Explorers and The Furthest Horizon, with the 916-page hardcover omnibus Exploring the Horizons.

Boy, those were doorstopper volumes, the kind that made you wish you had a desert island to get stranded on so you could bring them with you (as cargo, obviously). Alas, these last two books did not receive the same omnibus treatment.

However, digital versions are available from the publisher for $7.99 each. If you’re interested in print editions, both volumes are readily available online, new and used, at very reasonable prices.

If you’re interested in these books, check out the previous Dozois anthologies in the same loose series:

And our previous coverage of some of the other fine anthologies edited by Gardner Dozois:

Your review of Explorers and The furthest Horizon inspired me to buy the omnibus edition of those anthologies. I also recently discovered that in 2008 Dozois published an anthology of brand-new galactic empire stories. And I already had the Good Stuff omnibus and his Old Mars and Old Venus anthologies (edited with GRRM) and several of his Best of the Year anthologies. My wallet wishes he weren’t such a prolific editor, even though my fanish side is glad he is.

> I also recently discovered that in 2008 Dozois published an anthology of brand-new galactic empire stories.

I almost forgot about that! Thanks for the reminder… that’s a good place to pick up the series.

> My wallet wishes he weren’t such a prolific editor, even though my fanish side is glad he is.

His original anthology One Million A.D. is also worth a look if you like these types of stories.

Another great suggestion, Chris. One Million A.D was another Science Fiction Book Club exclusive. I think it would be rewarding to look at the entire set: