As a screen presence, Sherlock Holmes was essentially a dormant property from the nineties until 2009. Sherlock Holmes and the Vengeance of Dracula  was a hot script in 1999, with Christopher Columbus set to direct. But screenwriter Michael Valle died unexpectedly and Columbus went on to make some movies with a bunch of kid wizards in a pig school or something like that.

In 2009, Robert Downey Jr. breathed new life into the great detective in the global smash, Sherlock Holmes (worldwide gross: over a half a billion dollars! The sequel did even better).

Mark Gattis and Steven Moffat, writers on the successful Doctor Who series, decided to bring Holmes back to television, but with a twist: the setting would be modern day London. It was a HUGE success, artistically and commercially.

With references to the original stories by Doyle all over the place, including updatings of the original tales (the pilot, A Study in Pink, was a retelling of the first story, A Study in Scarlet), it was a fresh take on an old subject. And with Benedict Cumberbatch playing an obnoxious, young Holmes and likeable everyman Martin Freeman as his trusty sidekick, Watson, the three-episode series was a hit in the UK, America, and all over the world.

America got into the act with Elementary, set in modern day New York City. Whereas Sherlock is (or at least, was for the first two seasons) very much a true Sherlock Holmes series, Elementary is really a police procedural with a Sherlockian overlay.

Johnny Lee Miller is a very different Holmes and his Watson, Lucy Liu is, well, a woman. I’ve seen every episode, and I like it, but it’s not really a Sherlock Holmes series.

One thing I enjoy about both series is that the main policeman (Lestrade in one, Gregson in the other) isn’t an idiot. He’s not as brilliant as Holmes, but they contribute far more than their original Doylean counterparts. 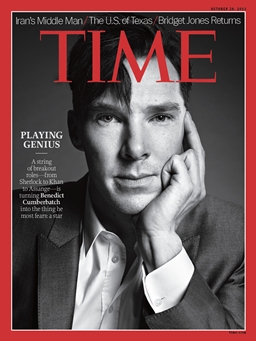 Sherlock is immensely popular, with ‘I heart Sherlock’ and pictures of Cumberbatch all over social media (it’s rather annoying, actually). Cumberbatch (Star Trek 2, voice of Smaug in the Hobbit) and Freeman (Fargo, Bilbo in the Hobbit) are red-hot stars right now.

Season three was delayed nearly two years because of their busy shooting schedules. Uncertainty about the show’s immediate future was recently put to rest when a three-episode season four was announced for 2016. In addition, a Christmas special will air for the 2015 holiday season.

I have mixed emotions. As fantastic as the first two seasons were, I thought that season three was terrible. I forced myself to endure it and was glad when the updating of Charles Augustus Milverton came to an end (a stupid end).

While the nods to Doyle in the first two seasons helped offset the outré parts (such as Holmes referring to himself as a highly functioning sociopath or the incredibly silly Jim Moriarty), the show went completely off the reservation in season three.

It felt like Gattis and Moffat wanted to say, “Look at what we can do. We don’t have to follow that dusty old Doyle stuff.” It was dull and un-Holmes like. The Sherlockian community, which generally loved the first two seasons, was split into two groups: those who thought season three was still great and those like me who hated it. 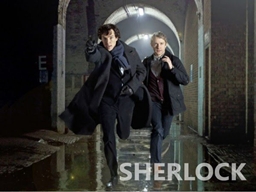 So, we’ll see what season four brings. I’ll be attending a Sherlockian conference in September where Mark Gattis is the main guest speaker, so that should be interesting to listen to.

I highly recommend watching seasons one and two: they hardly could have been better done. But watch season three at your own peril.

[…] I posted about the BBC’s Sherlock coming back for a fourth season. I LOVED the first two but really disliked the […]

And unfortunately, Gatiss had to cancel on the Indiana conference, so I guess I won’t hear his thoughts on things…