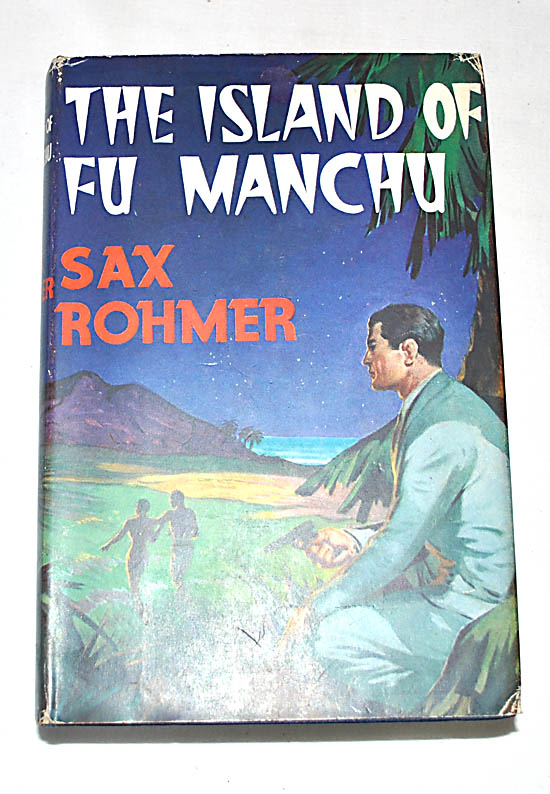 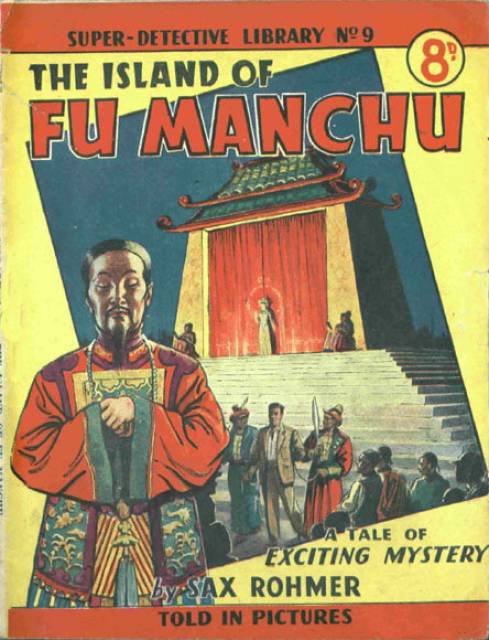 The second quarter of the novel begins with Ardatha phoning Kerrigan just before his planned departure for his mission abroad. She shares Fu Manchu’s itinerary with him in the hopes Kerrigan will arrange for the return of Peko, Fu Manchu’s pet marmoset. After hanging up, a confused Kerrigan learns Sir Lionel managed to abduct the animal during his liberation from the clinic in Regent Park. Sir Denis explains both he and Barton understand Peko’s value as a hostage.

The action shifts quickly to New York where, in accordance with Ardatha’s intelligence, Sir Denis learns Fu Manchu is targeting a pair of secret service men for assassination. Sir Denis quickly learns the mysterious and deadly plague of the Snapping Fingers has been brought from Haiti to New York. Rohmer tries hard to recapture the magic of the strange and exotic deaths found in the earliest episodes in the series and the Snapping Fingers proves an effective, if derivative, recreation as one could hope. 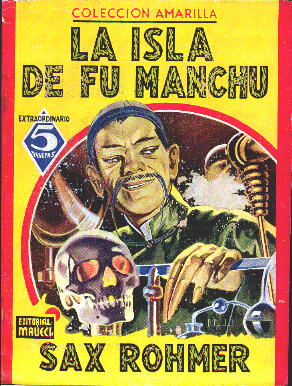 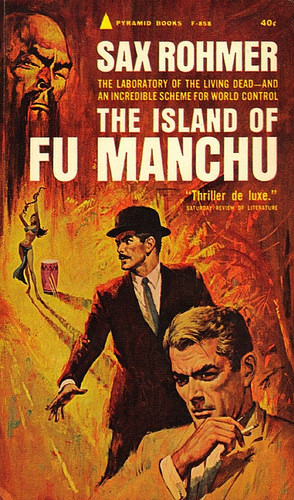 While Rohmer develops suspense around the challenge of Sir Denis’s ability to outsmart the Devil Doctor and save the lives of the secret service men who have been marked for death, Ardatha arrives upon the scene. She meets with Kerrigan in the lobby of his hotel to discuss the possible exchange of Peko for her own freedom.

The Snapping Fingers episode plays out well. Smith makes no reference to having lived through very similar incidents before and the veteran reader is pleased to see Rohmer delivering the thrills even if the path he walks is extremely well-worn. I will not reveal more than to confirm that, as in the past, the mysterious and deadly occurrence involves a freakishly malformed pygmy and one of the Devil Doctor’s peculiar and deadly pets.

Following the conclusion of the Snapping Fingers episode, Sir Denis and his party prepare to continue on their quest for buried Portuguese pirate treasure in Haiti. A warning from the anonymous newly-appointed President of the Si-Fan is received, telling them to abandon their quest or face death. Naturally, they ignore the first warning.

Once the setting shifts to Panama, Rohmer kicks things into high gear with Kerrigan visiting Zazima’s curio shop, where the aged proprietor convinces him to purchase an antique Persian box, but cautions him to only open it in private. He tells him the box was left for Kerrigan by Dr. Fu Manchu and concerns the fate of Ardatha. Kerrigan quickly pays the ridiculous price named by the old man for the antique and departs.

Returning to his hotel, Kerrigan explains all that has occurred to Sir Denis, who advises him not to open the box until a police check has been run on Zazima. While dining in the hotel club downstairs, Kerrigan is visited by the seductive dancer Flammario after she finishes her sultry dance. She informs him that Ardatha is no longer with Fu Manchu and suggests she is living with a man named Lou Cabot. Kerrigan asks why she is helping him and she informs him it is because Cabot was her lover and cast her aside for Ardatha. Flammario knows Kerrigan is madly in love with Ardatha and when he finds her in a compromising position with Cabot, she expects he will kill him and she will have the satisfaction of having sent her unfaithful lover to his grave.

Shaken by their brief and disturbing exchange, Kerrigan retires to his room, where he opens the antique box and discovers the gruesome contents are the shriveled head of a decapitated Haitian native. Worse still, the head houses a miniature communications device from which a recording of Dr. Fu Manchu’s voice informs him that civil war has split the Si-Fan asunder. The voice goes on to explain that Fu Manchu has been betrayed by a man called Lou Cabot, who is now holding Ardatha against her will. Fu Manchu offers Ardatha to Kerrigan in exchange for the safe return of his pet marmoset, Peko. He urges Kerrigan to work with Sir Denis and his resources to track and kill Lou Cabot, cautioning him that he is a dangerous foe as the first half of the novel reaches a gripping climax.