Long before Edward, Angel, or Erik; before vampires owned bars, fell in love with humans, or (heaven forbid) sparkled in sunlight – there was The Vampire Lestat.

Anne Rice single-handedly catapulted vampires into vogue in 1976 with her debut novel Interview with the Vampire. Until then, vampires hadn’t been cool since Bela Lugosi brought Dracula to the Broadway stage in 1927.

Rice’s characters and subsequent novels spawned nothing less than a new vampire sub-culture in the early 80s, giving rise to clubs, music, clothing lines, and more copycat literary off-shoots than can easily be counted.

As a native of New Orleans, Rice made the city itself one of her main players, creating a tourism boom. To this day, and much to the chagrin of the neighbors, Rice devotees continue to flock to First Street in the Garden District to view Rice’s former house, which was the setting for several of her novels. Fans from around the globe follow top-hat-wearing guides around the French Quarter on “vampire tours” and come October, every corner tchotchke shop is sold out of plastic fangs and dental adhesive in preparation for the annual Vampire Ball.

And for many years, I too donned velvet and lace, making an annual pilgrimage to partake in the most interesting masquerade ball you could ever imagine. At that time, Rice herself participated in these events, reigning as the Grande Dame of Darkness over her loving throngs.

She held court at Garden District Books, where I met her several times, often getting tips on the best restaurants in NOLA or a little inside scoop on her next story, as well as getting a personal note on the inside cover of her latest book (I have a full set of The Vampire Chronicles, all personalized).

We loved her creativity, her accessibility, and her seemingly limitless imagination – we couldn’t wait for her to tell us another fantastical tale and in between time, we all fell in love with New Orleans.

But then tragedy struck on multiple levels.

In 2002, Rice’s artist husband of 41 years, Stan, died of brain cancer and Rice, an almost life-long atheist, reconciled with religion. Determining that her literary work could not coexist with her new devotion to Catholicism, Rice put her vampire children in their coffins permanently.

“I will never write those kind of books again — never,” Rice said, referring to three decades of work. Her books about vampires, witches, and dark angels she said, “were reflections of a world that didn’t include redemption. I have made up my mind that I will not write anything that isn’t for Christ.”

So in early 2004, Rice decamped from New Orleans, selling all three of her properties and relocating to California, where her son Christopher Rice was already busy working on his own writing career.

After Hurricane Katrina struck in August, 2005, city leaders asked Rice to return to host an event to draw back the tourists NOLA now desperately needed. Though Rice expressed her sympathies, she declined, citing her new focus and desire to distance herself from her past supernatural associations. 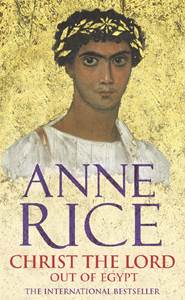 And what was that new focus? Rice published the first of what was to be three related novels in 2005 entitled Christ the Lord: Out of Egypt, which tells the story of a young Jesus from his point of view. This was followed by Christ the Lord: The Road to Cana in 2008.

In September 2009, while working on the third installment, Christ the Lord: Kingdom of Heaven, Rice posted the following on her web site:

Seldom a week goes by that I don’t receive an email asking me to write about Lestat again, or asking me why I choose not to write about him. It’s simply an impossibility of which I am acutely aware. It’s not even a choice, really. I cannot return honestly to the world in which Lestat was created and in which he exists in the novels. I can’t get into that world again. It is an impossibility more than a choice.

What also appeared to be an impossibility was Rice’s return to mainstream popularity. According to Amazon’s Sales Rank, Rice’s first two Christ novels — along with two Songs of the Seraphim novels about angels and her 245 page explanation on her genre change Called Out of Darkness — sold a combined 1.6 million copies.

Which brings us to the next major Rice milestone. 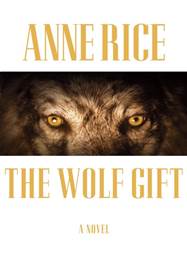 On July 28, 2010, Rice publicly renounced her dedication to Christianity on her Facebook page, stating:

Today I quit being a Christian…. I remain committed to Christ as always but not to being “Christian” or to being part of Christianity. It’s simply impossible for me to ‘belong’ to this quarrelsome, hostile, disputatious, and deservedly infamous group. For ten years, I’ve tried. I’ve failed. I’m an outsider. My conscience will allow nothing else.

Rice then stuck a toe back into the supernatural waters. She abandoned work indefinitely on the third Christ the Lord novel and turned her attention to two werewolf stories, The Wolf Gift (2012) and The Wolves of Midwinter (2013).

Blame a lack of commitment to her former dark and edgy storytelling, or blame Stephanie Meyers who launched her Twilight series just prior to Rice’s The Wolf Gift, but Rice’s sales continued to slump. Back then, USA Today said:

The books bog down in aimless plotting, sluggish pace and a tendency to philosophize when they ought to be building suspense. There’s an everything-but-the-kitchen-sink quality to their themes and story elements — Catholic mysticism and theology, the ethics of vigilante justice and genetic research, even gay rights.

But on March 10th, Rice announced that she had finished a new installment in Lestat’s tale, the first since 2003. 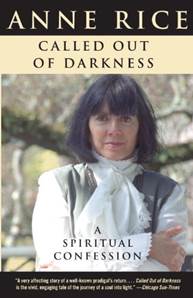 On the podcast,”The Dinner Party with Christopher Rice and Eric Shaw Quinn,” co-hosted by Rice’s son, Rice said “I am at last able to announce my up-and-coming new novel. The title is Prince Lestat, and it is a big Vampire Chronicle.”

Rice said Prince Lestat will be a “true sequel” to her 1988 novel Queen of the Damned, the third in that popular series. Readers were first introduced to flamboyant and philosophical 18th-century French vampire Lestat de Lioncourt in the series’ first novel, Interview with the Vampire.

“It’s all about Lestat and all about the vampires and what they’re doing right now, how they’re coming to terms with everything that’s happened to them and how Lestat is dealing with demands from all sides that he step forward and become the leader of the tribe,” Rice said on the podcast.

According to her Facebook page, Rice actually completed Prince Lestat in the latter part of 2013, right around the time she also re-established residency in NOLA and once again presided over the annual Vampire Ball. The new novel will be available for presale on March 16th and release is scheduled for October 28th.

And so I put the question to you.

Forget the fact that most of us will read Prince Lestat, probably in one sitting on October 28th; what do you think has motivated Rice’s u-turn from being called out of darkness (into Christianity and sunny California) back to the characters and the city that made her a household name?

Is it love, personal revelation, or something else?

Hmm, good question. One I’ll wait to answer until after I’ve read PRINCE LESTAT — as you say, probably on the 29th 😉

I certainly await the contents with bated breath though – and a dread that Lestat may not be what he once was.

I’ll give Rice the benefit of the doubt and try not to have any expectations one way or another until I’ve read the work. People go through different things in their life and are affected in different ways, and writers are no different. If I remember correctly, Rice originally wrote “Interview” in part to deal with the death of her own child, so even early on in her writing career she had a habit of mixing her emotional/spitirual life with her fiction. I hope to be pleasantly surprised.

You are correct in that Rice and her husband lost their 6 year old daughter Michele to leukemia in 1972 but to be fair, “Interview” was already a short story long before then. Rice added the character of “Claudia” when she expanded the story into a novel in 1974 in homage to her lost daughter.

Of course all really great writers “write what they know” so my mixed feelings have nothing to do with Rice using her emotions to fuel her story-telling.

What I raise an eyebrow to is the adamant denouncement of all her work prior to 2005 when she turned to religion – especially because as far as I know this did not include denouncing all of the wealth this work brought her or donating it all to charity. And now the adamant denouncement of Christianity and an immediate return to her prior work. The fervent nature of both actions seems very reactionary – but to what, is the question.

And here’s another interesting tidbit.

Call me cynical but I find it interesting that Stephen King came forward to write the one story he had eschewed up to then, a sequel to The Shining, right around the time that his son Joe Hill really hit his stride in literary popularity.

Now Rice’s son Christopher has finally come into his own as a writer, having just been nominated for a “Stoker” for his latest novel “The Heaven’s Rise” (I’m in the middle of it now and it is really good – stay tuned) – and Rice comes forward to write the one book that will make her relevant again, a final Lestat story.

It doesn’t matter though. Jason and I and all the rest of us will catapult “Prince Lestat” to best-seller status on the pre-orders alone. It’s a long stretch to October…

And how many times did The Who go on their farewell tour? Or the Stones? Or Ozzy? 😉

As for Rice’s actions concerning her experiences with religion and her writing, I’ve always figured it’s her journey, so I’ll leave her to it. I’ve my own journeys to attend.

I get to read a character I’ve enjoyed in the past, in a story that I’ll potentially enjoy in the future.

Ignored by practically everybody, Les Daniels’ Don Sebastian de Villaneuva is still the coolest vampire of them all.

Not ignored Bob, just unexpected. After all, no one expects the Spanish Inquisition…

But will they get Tom Cruise back for the movie adaptation?

Thankfully no, Nick. Rice’s Facebook page is now plastered with far more suitable suggestions after Rice posed the question of who should play Lestat.

Considering the book has been complete since late last year, it makes me wonder if the movie rights have indeed already been sold.