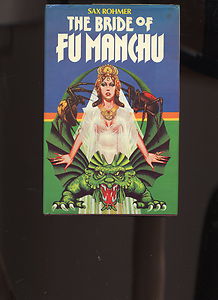 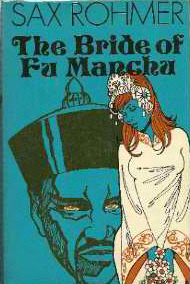 Sax Rohmer’s The Bride of Fu Manchu was originally serialized in Collier’s from May 6 to July 8, 1933 under the variant title, Fu Manchu’s Bride. It was published in book form later that year by Cassell in the UK and Doubleday in the US. The US edition retained the original magazine title until the 1960s, when the UK book title was adopted for the paperback edition published by Pyramid Books.

After Alan Sterling recovers consciousness, Sir Denis insists he dine out that evening in Monte Carlo to take his mind off the terrible situation with Dr. Petrie. Complying with his wishes, Alan drives to Monaco and spends some time at a casino trying to apply Petrie’s (really Rohmer’s) complicated system to break the bank, to no avail. While dining that night, he is startled to spy Fleurette at another table dining with a Russian nobleman and Mahdi Bey.

Observing them in public, Sterling convinces himself that Fleurette must be Mahdi Bey’s mistress. This devastates him as he has idealized her as his virginal dream girl since first glimpsing her on the beach at Ste. Claire. Sterling’s reverie is broken when he spies the Chinese agents of Dr. Fu Manchu in the restaurant. He then hears the mysterious sonic trumpet sound once more. He doesn’t understand the connection, but he is now certain that Mahdi Bey is somehow mixed up in the dangerous business and Fleurette with him.

Before he can ponder matters further, he is called away to the telephone where he receives the terrible news that Dr. Petrie has passed away in the hospital. Sterling’s grief turns to rage and he follows a Chinaman out into the garden, intending to exact revenge. The man runs from Sterling, who shoots at him twice. Believing he has killed the man, Sterling is startled to find the Chinaman was only playing possum. The man wraps his legs around Sterling’s neck and quickly chokes him into unconsciousness. The entire sequence in Monte Carlo has the exact feel of Ian Fleming’s James Bond capers with its mix of high stakes, fine wine, beautiful women, and outlandish violence. 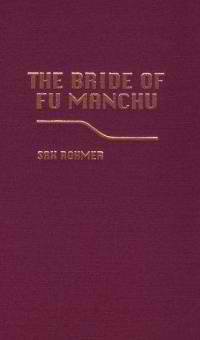 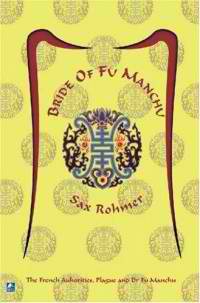 Sterling recovers consciousness in a strange laboratory where he encounters Mahdi Bey, who reveals that he is Dr. Fu Manchu. Only then does Sterling realize this was the man he saw in his queer dream before he had ever set eyes upon him. Dr. Fu Manchu explains that Sterling is to become one of his companions. He is escorted to the botany room where he is to work with a German botanist that Sterling believed died five years before. Sterling begins questioning his sanity when faced with this seemingly impossible situation.

Shock builds upon shock as Sterling is introduced to the other companions, all men of scientific genius the world believes dead. All of them are alive and serving Dr. Fu Manchu in his laboratory. Interestingly, some of these characters have featured in other books in the series. The scientific advances Fu Manchu has made on the backs of these geniuses astounds Sterling, but none more than the hideous hairless hybrid of man, beast, and insect that lumbers down the corridor.

Free to explore his new home, Alan encounters Fleurette and is delighted to learn the man she calls Mahdi Bey is her guardian who has raised her since childhood. They are interrupted by Fah lo Suee, who takes him to her father. During their brief conversation, Sterling comes to view Fu Manchu’s daughter as an unexpected ally.

His audience with Dr. Fu Manchu is a distressing one. Sterling is to be made a companion, which involves receiving an injection which would appear to make the subject docile. Fu Manchu discusses the Si-Fan’s plans for the Western world while he prepares opium for himself. 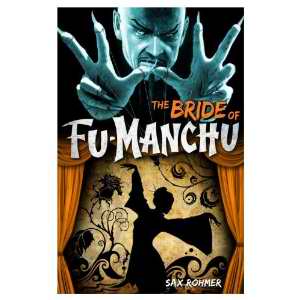 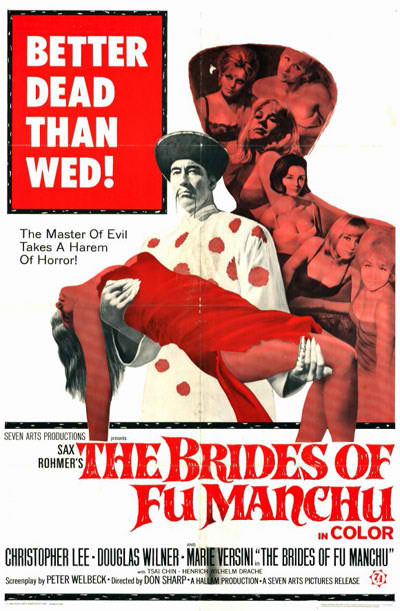 Mention is made that drowning the world in gold is his ultimate goal (as we shall see in the following book). Fu Manchu recommends Sterling read Apologia Alchemiae by Dr. Watson Councell. The book and author are real enough. Dr. Watson Councell was the Rohmer family physician and a member of several secret societies, who supplied Rohmer with material for his occult study, The Romance of Sorcery. Rohmer contributed the Foreword to Apologia Alchemiae, a privately-printed title limited to only 500 copies. The constant blurring between reality and fiction is rewarding for those familiar with the author’s life.

Sterling is taken to Companion Yamamata, who administers the injection to bring him into the Si-Fan. Fah lo Suee was true to her word and Sterling realizes she has switched the formula so that no change overcomes him. Sterling plays along and does his best to act the part of the enthusiastic initiate to this New World Order. Through their conversation, Sterling learns the hairless hybrid was a homunculus that escaped its incubator and died a short time later. When Sterling declares his desire to kneel at Dr. Fu Manchu’s feet, Companion Yamamata informs him gravely that everyone kneels at the Master’s feet.

Brought before Dr. Fu Manchu, Sterling discovers the old man’s pupils are dilated from his opium habit. Sterling is given a ring which conceals a miniature radio from which he will receive directions in Morse code. Sterling retires to his room, where he has another queer dream; this one is a premonition of Nayland Smith. He is awakened by Fah lo Suee.

Fu Manchu’s daughter explains why she allowed him to escape the mind control drug. She will aid his escape if he takes Fleurette with him. She explains her father’s plan is to make Fleurette his bride so that she may bear him a son. Fah lo Suee does not wish to be supplanted by a male heir and so Alan Sterling and Fleurette will benefit from her desire to thwart her father’s plans. In the meantime, Sterling remains a prisoner of Mahdi Bey’s fantastic estate on Ste. Claire, where the greatest minds of the last century live beyond death to toil for the glory of the Si-Fan.