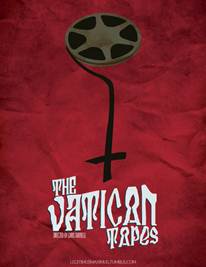 Earlier this week, we learned Pope Benedict XVI resigned his post, reportedly due to “advanced age.”

But could the real reason have anything to do with a misplaced video of a botched exorcism?

Okay, probably not. But as a new pope must be found, so too has a new director been recruited for a long-awaited exorcism tale from Lakeshore Entertainment.

Tuesday Lakeshore released a statement indicating Mark Neveldine, one half of the directing duo behind Gamer, Ghost Rider: Spirit of Vengeance and the two Crank films, will be at the helm of Lakeshore’s possession project, The Vatican Tapes, but without his usual co-director Brian Taylor. James Marsh (Man on a Wire) was in the director’s chair for a while, but dropped out for unknown reasons; advanced age perhaps?

It’s been nearly three years since I’ve heard anything new about the movie, but as far as I can determine the plot line remains the same. The Vatican Tapes follows a series of events depicted on a tape leaked from the Vatican displaying an exorcism that goes horribly wrong. Christopher Borrelli (Con Air, Armageddon) is scripting based on a story envisioned by he and Chris Morgan, but no cast is attached yet and IMDB still lists it as “in development.”

Back in late 2009, a draft script making the rounds for The Vatican Tapes was supposedly floated for initial audience reactions. At that time the story involved three protagonists; Father Antonio, an older Italian by-the-books priest, Father Matt, a young American priest still learning the ropes, and Father Karl, a 20-something Polish priest who is acting as a translator for the other two.  The three have been dispatched to Poland by the Vatican to investigate a reported possession of a particularly nasty sort. Since the technology had been available, the Vatican had taken to recording demon possessions as training opportunities for priests, since most reports turned out to be entirely false. 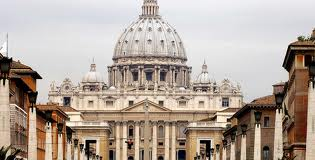 The three descend upon a tiny poor Polish house in a rural neighborhood. When they get there, the father, a 300 pound man named Leslaw, is passed out on the floor with a four year old child playing nearby. Father Antonio angrily wakes up Leslaw and asks where the possessed girl is. He’s horrified as he watches Leslaw point to the floor.

The group lifts a trap door and heads down into a makeshift basement where a dirty emaciated 16 year old girl has been chained to the wall. Horrified, Antonio immediately orders her release and they bring the girl up to her room to question her. Antonio concludes that the girl is very sick and perhaps mentally ill, but far from possessed.

That is until the girl slips away, crawling back down into the basement, and begins digging a hole in the ground. Soon after, she attacks Antonio and the others with the strength of five men and they learn that the girl and her friend were recently playing in the nearby catacombs. Antonio begins to believe that maybe, just maybe, this is indeed a real case of possession. 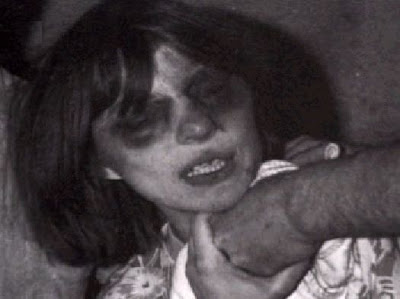 Now before we all cringe at the idea of another shaky, first-person-filmed horror flick, the somewhat unique approach in The Vatican Tapes is that apparently for the majority of the film the characters speak in foreign languages. This should create a feeling of strangeness and isolation which could add a refreshing layer of originality to the story. Plus, the girl in question never says anything the audience will understand, which has a fairly high potential creep factor.

Of course, there is no way to be sure until we see the finished product.

The script points to several shocking moments, including Father Antonio’s deep, dark secret which really is unanticipated. And then there’s this scene involving the child that’s so disturbing on paper that I wonder exactly how it will be translated by the actors and how the audience will ultimately react to it.

The Vatican Tapes is tentatively set for release sometime in 2014.