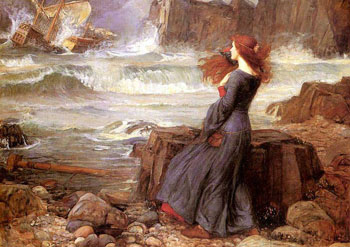 I was going to tell a funny story about how The Accidental Shakespeare Company came to be.

It would be a sweet Great Recession tale about how a bunch of struggling theater professionals in Chicago talking about how we’d stage The Tempest until we stopped using the word “if” and started using “when.” The part of Mickey Rooney in this 30s-style comedy would be played by a tall man in a kilt and motorcycle boots with flowing pink hair. And this would all be more or less the truth, but not the whole truth, and to tell the story properly I have to tell the whole truth.

Possibly I was clinically depressed. 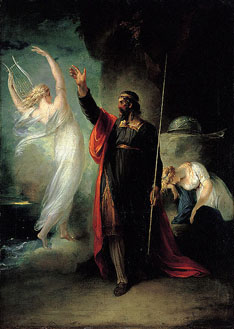 I didn’t make a thorough investigation of my brain chemestry. I had been very sick the summer before with an antibiotic resistant chest infection that put me in bed for two months. Then I spent several more months going to work and going straight home and being unable to do anything other than work and watch TV and sleep until I had become slightly mental. I had also been writing a Very Serious Play about the Partition of India, which meant I had a brain full of man’s inhumanity to man. My apartment was a mess, I had an infestation of mice and I didn’t even have any cats.

My un-clinical self-diagnosis is I felt like crap, and worse, I felt old, and in my old, crappy state I started thinking about suicide.Let’s be clear. I had no interest whatsoever in committing suicide. My interest in the subject was entirely intellectual, philosophical, even, maybe kind of full of myself. What was life about? I wondered. Why do people keep on living even when compelling reasons elude them? Why do people persist in a world where the good are ground down and the wicked flourish like the green bay tree?

And, almost by chance, in the middle of my bleak, contemplative gloom, I came upon this:

To be or not to be: that is the question:
Whether ‘tis nobler in the mind to suffer
The slings and arrows of outrageous fortune,
Or to take arms against a sea of troubles,
And by opposing end them? 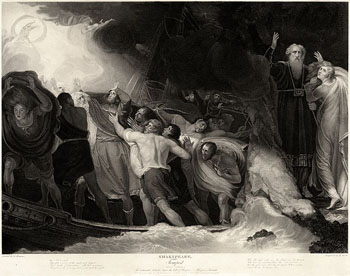 Here was Hamlet’s 400 year old rant about suicide. It is basically a pro/con list.

Who would fardels bear,
To grunt and sweat under a weary life,
But that the dread of something after death,
The undiscover’d country from whose bourn
No traveler returns, puzzles the will
And makes us rather bear those ills we have
Than fly to other that we know not of?

Huh, I said. Guess I’m not being very original after all.

I stopped moping, but I wasn’t really completely back to normal. It was November, we were slouching toward Midwinter, and Chicago is a dark, dark, place at this time of year. I entered this quiet state of contemplation, a receptiveness, though I would be exaggerating to say I was meditative and spiritual. I was mostly just waiting.

So when Benjamin Dionysus strode up to me in the Barnes and Noble that day, in his motorcycle boots and long flowing hair and said, “We’re reading The Tempest at my house. You should come,” I was ready for him. 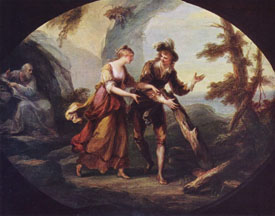 I knew Benjamin Dionysus only slightly, and yes that is his real name. We had friends in common. I knew he was a lighting designer because I still had his business card in my wallet which he gave me at a party five years ago. We’d spoken maybe half a dozen times, but that included the two and half hour long discussion about literature in the cheese section of Whole Foods. I didn’t quite remember he had a lot of friends who were theater people.

I did notice they were all amazing readers, though. We read the play cold, choosing who would read which part at the beginning of each scene. By Act 2 I could imaging staging this play with this group. But I didn’t think it could happen.

Sometime in Act 3, I noticed that the plot was a lot like Lost. (Oh, come on, this is Black Gate. We’re all nerds here.) 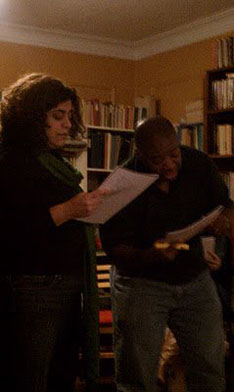 Most productions get The Tempest all wrong. It is obviously a play about magic, so they make the production About The Magic. They get bogged down in the pretty, the masques, the spirits, and all the Stuff.

But The Tempest isn’t just about Magical Stuff. It is about a bitter, controlling man whose quest for revenge has cost him his humanity. He lives on a mysterious island and he has a teenage daughter he can’t control. Of course Prospero is Benjamin Linus (or, more likely Benjamin Linus is Prospero, since I know the Lost writers stole from everything and the kitchen sink).

Fantasy writers and fantasy fans know that for the magic to work, it has to be grounded in characters you care about. The Tempest can’t just have magic in it, it has to be connected to who Prospero is. He has to allow his daughter to grow up and marry, and to forgive the brother who wronged him. But more than that, he has to diminish, like Galadriel.

To the dread rattling thunder
Have I given fire, and rifted Jove’s stout oak
With his own bolt; the strong-bas’d promontory
Have I made shake, and by the spurs pluck’d up
The pine and cedar. Graves at my command,
Have wak’d their sleepers, op’d, and let ’em forth,
By my so potent art. But this rough magic
I here abjure; and, when I have requir’d
Some heavenly music — which even now I do, —
To work mine end upon their senses that
This airy charm is for, I’ll break my staff,
Bury it certain fathoms in the earth,
And, deeper than did ever plummet sound,
I’ll drown my book. 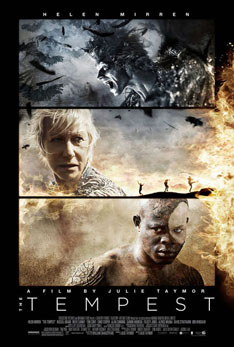 We all went to see the Julie Taymor movie of The Tempest together, and spent many hours in a freezing Starbucks under an El stop in the South Loop talking about how we would stage The Tempest.

Random people came up and asked us if we were a theater company. We didn’t say no. We just kept talking. Six hours later I had a caffine-induced rant about Miranda’s sexuality and 16th century alchemists and Doctor Faustus and Lost and declared that if they would raise them money I would direct this show.

And now we’re raising money for our first mainstage production of The Tempest.

I will be sharing this process with you. This isn’t just about directing The Tempest. This is about what happens when a bunch of broke theater people decide to make a Way out of No Way, in the middle of the Great Recession, for no good reason other than we need to do it. We need to light some kind of light in all this darkness. 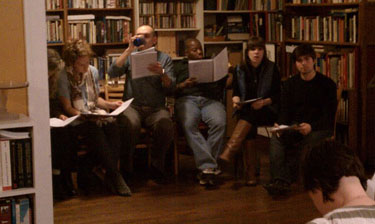 I ride a commuter train every day, and from time to time the schedule is disrupted by jumpers. The rate of suicides have increased somewhat since the crash of 2008, where some of us simply got stuck in the chair we were in when the music stopped, and others lost their seats altogether. One guy actually made a homemade bomb out of a pipe and gunpowder and blew his head off, necessitating the evacuation of two train lines and a nearby middle school. Obviously, a few more people out there could use Hamlet’s pro-con list, Prospero’s willingness to be less than he was to regain his soul.

But that’s not what modern culture offers. A moment of uncertainty is allowed. Despair may be flirted with, even death can appear. But then there is supposed to be the Act Break, where the hero rallies and defeats the bad guys. Seriously, read any screenwriting book. They will tell you to write your story that way, and most films follow the formula. 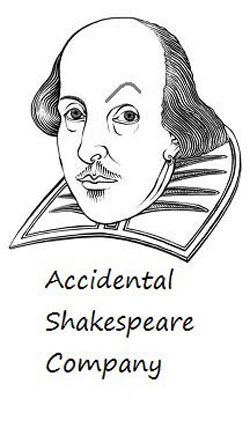 For the poor soul whose life just cannot break into the next act, the modern story offers nothing. Oh, but Shakespeare allows for failure, accepts loss, encompasses real tragedy, says yes, sometimes even the great ones are driven to bad ends, that this is all part of the human story.

The world needs more Shakespeare in this dark and scary time, not expensive fancy Chicago Shakespeare productions with expensive production values and $80 tickets, but small shows, close up and personal, so people can really hear the words, the way we could here them in Benjamin Dionysus’ living room. (Yes, yes, I get the joke Classics majors.)

We are The Accidental Shakespeare Company. We put on staged readings of Much Ado About Nothing and Macbeth in cafes. We sell pies and necklaces and raffle off bottles of wine. We’re all slightly insane.

Our production of The Tempest is scheduled to be at the Depot Theater in Evanston, Illinois in July, 2012.

Welcome to our story.

Angeli Primlani is a founding member of The Accidental Shakespeare Company. She is an award-winning writer, playwright and journalist who woke up one morning and discovered she’d started a theater company with some magical folk, who know where to find the best milkshakes in Chicago. Nobody is more surprised by this turn of events than she is right now. She was planning to be a Serious Writer. She guesses maybe not. Oh well, but did she mention the milkshakes? And pie. There is often pie.
https://www.facebook.com/AccShakes
Subscribe
Login
2 Comments
Oldest
Newest Most Voted
Inline Feedbacks
View all comments

Thank you so much, Angeli! I look forward to more posts about this experience. We’ll see what next July looks like. Maybe I’ll be able to get back to Chicago to see this!

You all are doing exactly the right thing! All the best of fortune with the production. We’ll be reading your updates here. 🙂