I ranted and raved in the previous installment of this monstrous undertaking about how all the mere morsels who responded to my first post in the the series did little to address my actual question — which was, who are the great monster of modern heroic fantasy? What crevasses do they haunt, what lonely paths do they prowl?

As you can see, many monstrosities were discussed, but little from the preferred topic of this here Black Gate blog.

However, as those comments were coming in, I also received an email from one Massimiliano Izzo of Genova, Italy, who dealt out all sorts of fantastical fantasy monsters the way Grendel dealt out death to drunken Danes — in large amounts, with enthusiasm. 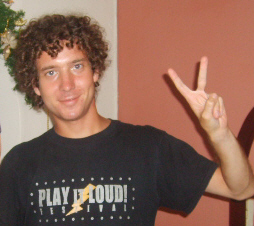 Here is how this morsel describes himself: “You can just say that I became addicted to fantasy when I was 13 and ‘The Lord of the Rings’ blew me away…since then I’ve read a little bit of everything from William Morris and Dunsany to recent authors like Erikson and Robin Hobb, but I still do prefer the old school (before-Brooks). I’m also interested in mythologies from all over the world (by the way, Filipino folklore rocks! They have some terrific monsters.)

“Currently I’m a little bit bored with multi-volume series and I prefer standalone books. My favoutite authors, besides Tolkien are Patricia McKillip (hands down!!), Jack Vance and GRRMartin. I could add R.E. Howard, J.K. Rowling and another thousand of pretty predictable names but I’m stopping here… Ah, and I love old school hard rock/heavy metal/AOR.”

All monster lovers should adore metal, of course.

Never one to work too hard when you scrumptious treats choose to make it easy, I will forthwith hand Mr. Izzo the bone-strewn floor. He writes:

I’m a great fan of fantasy fiction and I’ve read your recent article on monsters in fantasy literature at Black Gate website.

I’ve found it a really interesting subject: it would be worthwhile to make a detailed article on the topic, considering the differences between the depiction of monsters in horror and fantasy (if there are any), and also considering how the figure of the monster has evolved since the birth of genre.

From my point of view I can contribute, signalling some proud monsters (some of them are very popular, anyway): From a chronological point of view:

And then came Tolkien. In my opinion his monsters are still the best in all the heroic/high fantasy genre. And he devised so many of them!

As you pointed out in your article many of these monsters became source of inspiration for other writers.

But what about “original” monsters after Tolkien? I haven’t read every fantasy book and probably I have forgotten some, but as far as I can remember.

I am a huge fan of Patricia McKillip works so i will point out a couple of her “monsters”:

If you are familiar with Japanese manga, the five guys of the God Hand from Kentaro Miura’s Berserk are simply amazing…the manga itself is one of the grittier and darker fantasy ever conceived. Its full of demons and monsters always ready to torn someone’s flesh into small pieces.

Outside of heroic fantasy you can find some other good choices:

Probably I have forgotten tons of monsters…anyway I hope this will be useful to the discussion.

Useful? My goodness, Massimiliano! I think I might have to spare you. Or at least some of you — I might get the munchies after midnight, after all.

But enough about me and my appetites. What do you think of Mr. Izzo’s list? Have any you want to add? Any lists you want to proffer instead? Does this trigger any monstrous memories you’d care to share? Then please, don’t hold back on my account.

Mike Allen and his Monsters
Met Massimiliano Izzo
Who said, “I know lots of names of Monsters!”
Mike Allen said, “Is that so?”

Together they conspired
To document the bestiary
Shades and wraiths and Shelob
Went flocking to the inventory!

Barrow-wights and dragons
Watchers in the Water
Wargs and Balrog demons
Intent on wholesale slaughter!

So thank you, Monstrous Mike-Thing
For blogging with your monsters
Maybe next time you can write
About radioactive lobsters
Or many-tentacled hipsters
Or sentient lighting fixtures?
What the hell word rhymes with Monsters?

Fondly and with thanks,

That is the most awesome comment ever written in the history of comments.

It was, of course, my pleasure.

if I was writing articles for some blog I wish an editrix like CSE Cooney
editrix hummm… it sounds sexy… jejeje…
a great work by you and by Massimo, by the way I thought nerds didn’t like football (soccer) and sports in general…

[…] not, little morsels. Thanks to the efforts of a true scholar of the fantastically monstrous, the feast you hunger for is coming. (EDIT 3/30/11: Click to dig in.) Oh, yes, very soon. Keep an eye, whichever you have left once I’m done with you, on this […]

@francisco72: It depends on the nerd. I did sports in high school, though you might not know it to look at me now…

EDIT: And believe me, Miss Cooney is quite the Editrix.

Glad to see Glen Cook get some recognition! Along that line how about the Black Company’s The Ten Who Were Taken, particularly The Limper; especially after his transmogrification in The Silver Spike.

And from Erikson’s Malazan series I like The D’ivers, shapeshifters that transform not into one horrific creature, but into a pack or a swarm.

And Urscumug from Robert Holdstock’s Mythago Wood; scary, haunting and more than a monster.

[…] do you get when you take Monster Blogger Mike Allen, a dark spark of poetic genesis, two fellow Rhysling Award winners, Sonya Taaffe and Nicole […]

[…] folks! Mike Allen here. When I last came through, I blogged about monsters. I want to thank Black Gate overlord John O’Neill for granting me leave to return to this […]

[…] forthcoming from Dagan Books. Long time BG readers will also remember his massive three-part Monstrous Post on Monsters, one of the most popular blog series we’re run in the past few […]

[…] invited me to talk about where my creatures came from, in the spirit of the Monstrous Posts on Monsters series I wrote many moons ago for all you denizens of the […]