Or, How Metal Messed With Mike Allen’s Already Dark and Twisty Mind

For the last seven months, I have been (with great reluctance and an even greater determination to finish the thing or be consigned to a heretofore undiscovered circle of Dante’s Inferno) exploring some of the fantastical aspects of Heavy Metal.

Part One and Part Two of that adventure can be found here on the Black Gate blog.

I had lots of help. Because I knew next to nothing of this musical genre, I turned to those who did.

I had noticed, you see, some time ago, that some of my smartest guy-friends, all who liked reading the same books I do (and who led me by my snooty nose to such works as Beowulf and George R.R. Martin’s Song of Ice and Fire, which I’d avoided due to their being “boy books”), were all, well, Metalheads.

It got me curious. So I started asking questions. Among those men I interrogated was Mike Allen.

ME (Paraphrased from a bunch of emails and idle g-chatter):

Dear Mike Allen… Hi! I noticed how a lot of your g-chat status updates are dark and demonic Metallic-lyric-like quotes. Do you happen to like Metal? Gee, and you’re a Fantasy writer, aren’t you? Not to mention the editor of a Fantastic poetry journal (Mythic Delirium) and the anthology Clockwork Phoenix 3, which deals with, golly gosh, DARK FANTASY. Do you think there’s a correlation between Metal and Fantasy? Do you think you want to talk to me about it?

MIKE ALLEN (lifted right from his lovely long email back to me):

I love heavy metal for its expressions of frustration and aggression – as a teen I definitely appreciated the musical affirmation that one’s parents don’t, in fact, know what’s best for one – but I also love getting swept up in its brazen theatricality.

The subject matter is often the stuff genre is built from: monsters, magic, mayhem. And it’s not at all unusual to find references to folks like Lovecraft, Tolkien, what have you, strewn through the riffs.

Certainly as a teen I adored discovering rock musicians who clearly read the same things I did. (And sometimes actively engaged those same authors, Michael Moorcock’s writing having turned up in a Blue Oyster Cult record or two.)

And I’d say it’s no coincidence that *real* metal, Judas Priest, Iron Maiden, Metallica, Sepultura … as opposed to the faux pop version practiced by the likes of, say, Poison or Warrant … made generous use of fantasy art on its album covers. And world-famous fantasy artists, like Michael Whelan.

But you know, that’s not really what cemented my fate as a lifelong admirer of metal. It was the riffs themselves, the power of them, the innate dramatics in those guitar notes.

I loved reading fantasy and sf because sometimes, absorbing the images from those pages, a hole in my mind would tear open and I’d be there in the scene, watching the pyrotechnics unfold firsthand – hell, vicariously setting them off as I saw myself in whatever lead role I’d been following.

This music did the same thing, opened a wormhole right into my unconscious mind, making kinetic sequences and sometimes full-blown stories appear in my head to accompany the song’s progressions.

My very first published story, though in many ways too terrible to be worth recirculating, was based on the images of cyborg gang members killing each other with prosthetic Gatling guns that the Slayer song “Expendable Youth” injected into my head. 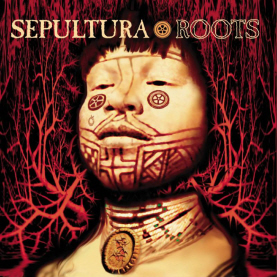 My story “Let There Be Darkness” that appeared in The Bible of Hell is basically a transcription of the waking nightmare brought on by listening to Slayer’s “South of Heaven.”

The opening line of my dark poem “Prophecy” is snipped straight from a Motorhead song. My Rhysling-nominated poem “Planeto do Favela” wouldn’t exist without Sepultura’s Roots album, which is my favorite metal disc of all time.

Also, a tidbit: Metal helped me with class assignments. I read Pride and Prejudice in high school while listening to Krokus. The combination worked peculiarly well…

ME: (to myself, after reading the email) Well, mmn. I never needed Metal to get through Jane Austen myself.

Although I suppose it would make an appropriate soundtrack to Pride and Prejudice and Zombies. Especially that scene in the ballroom, with the slaughtering and the swords and everything.

Still, to each his own! Or hers.

What follows are some websites suggested by Himself, Mike Allen, that may be of interest:

And on that note, friends, I conclude my seven month long katabasis into the dark underworld and monster’s opera of Metal. It was illuminating and brain-bleeding and terribly entertaining. Thor the Thundergod can now use my skull for a goblet. I am ready.

I am also going to put some Sondheim on now. “Assassins,” maybe.

[…] hope for the future of literature.Mark Oppenheimer on Judging a Girl by Her Cover.C.S.E. Cooney on Exploring Fantasy in Metal, Part III: Dangerous Side Effects.MK Hobson on Stranger in a Strange Land.Ursula K. Le Guin on Art, Information, Theft, and […]

[…] Allen, and you’ve heard about me here before, in entries on modern Cthulhu Mythos stories, Heavy Metal in Fantasy, the fantasy poetry journal Goblin Fruit, and Arab/Muslim fantasy fiction. Yup, these chaps are all […]