The evolution of fantasy art finds another player this week, but if you’ve missed any past artist you can restart the journey here.

With the latest version in hand, I now had a ‘Nouveau Lyssa’, and my industry contacts were growing with seventeen artists down, the original total of ten far surpassed. Still, if I wanted twenty it was going to be difficult to do. 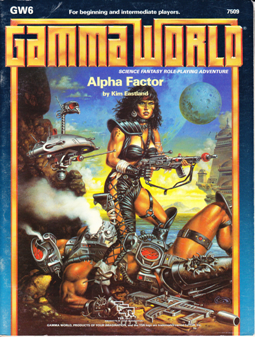 I went back into my desires for the project, and over the course of the months involved there were still regrets about some artists who’d said ‘no thank you’. One of these was Clyde Caldwell. Surprisingly, although Clyde had refused an entry into the project, he was always gracious enough to reply to emails.

After a year of random emails we’d grown rather close, and I think that fact made his exclusion to the project all the more painful to me.

You see, there’s the very intriguing part of Clyde’s decision not to do the project. According to his own website, and I quote: “I generally don’t take on a private commission unless I like the subject matter (Hint: In case you haven’t noticed, I like to draw and paint scantily clad or nude, sexy female characters!)”. Now, I read that quote a hundred times, and each time I did so I kept saying to myself ‘what the hell?’ Lyssa IS his favorite subject matter! It’s something I still haven’t made sense of to this day. 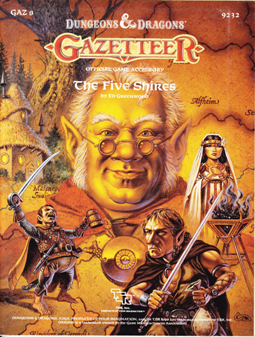 Jeff Easley once told me, in a conversation about the TSR pit, that Larry Elmore and Clyde loved to draw ‘the ladies’. Thanks for that Jeff, I got a good laugh, and a truer statement probably can’t be found. This, however, gave me a solid theory and it went something like this: after drawing ‘the ladies’ for the past thirty years, Clyde must have, somewhere, done a version of Lyssa.

Armed with this theory, and during one of my stronger bouts with melancholia concerning Clyde’s refusal, I was surfing Caldwell imagery and low and behold, deep in the archives of Google, I found a Caldwell Lyssa, but of course, I didn’t have the rights to the piece.

Now, here’s where things get really interesting. I’d spent a year talking to artists, and in some cases becoming friends with them, and yes Clyde makes that list, but I’d also started to further my contacts into the gaming industry because of these relationships. 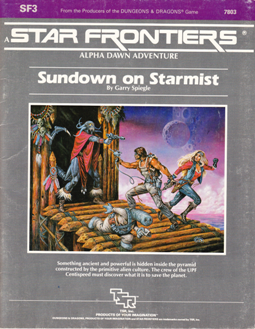 The image in question was held by Wizards of the Coast, and through Todd Lockwood I got a contact email for Jon Schindehette the Senior Creative Art Director for Dungeons & Dragons. So, I emailed Jon about the image, and he promptly replied and said he forwarded my request to Adam Dixon, the Associate Brand Manager for Magic the Gathering. Cool huh?

Adam then emails me back with a couple of questions, I answer them, a contract comes to me, I run it by John O’Neill, he gives a nod from his lofty throne, I sign it, and bingo, Wizards grants me rights to reprint the image for Black Gate and the Article.

Ok, now I don’t need to tell you, assuming you’ve been reading these installments, that prior to my crazy idea to do this article I was less than nothing in the literary field, and probably registering in the negative concerning the field of art. A year later, I cold emailed Wizards of the Coast, the mightiest role-playing game company the world has ever known, and within a week was given rights to reprint one of their images for the purpose of Lyssa. 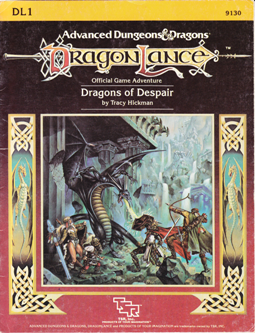 Somewhere on this road my life had changed and I didn’t even realize it. Where I was once an out of work, failed, starving, writer-wannabe, I now had street cred. All those dominos, all the ‘weight’ I’d considered with each new artist slowly added up to something incredible. Thanks to Clyde Caldwell and his inexplicable ‘no’ I was shown firsthand what my project had become.

So Clyde, I thank you for two reasons, for saying no, and for being a rock-star who created some of the greatest covers TSR ever produced. Oh, which reminds me, Jeff Laubenstein once told me that when he was the Art Director at FASA they’d go to GenCon and Clyde, Larry Elmore, Jeff Easley, and Keith Parkinson would hold court outside the exhibition hall at a restaurant, the fans gathering around them like they were the Beatles. If that’s the case, I now had three members of the RPG Fantasy Artist ‘Fab Four’, or as I often refer to them, The Masters of Oil.

Clyde was the final pillar that held up the Temple of TSR Art, the last Master of Oil in the 80s. His art graces countless covers for TSR during that time period from the space lanes of Star Frontiers to the horror of Ravenloft, and in each he provided players with vivid depictions that stick in our memories even today.

The oils of Caldwell are sumptuous, his figures taking on a temperance of beauty like the styling of Boris Vallejo. His men are muscle-bound, bronzed and oiled, while his female’s curvaceous, busty, and oozing sex appeal. 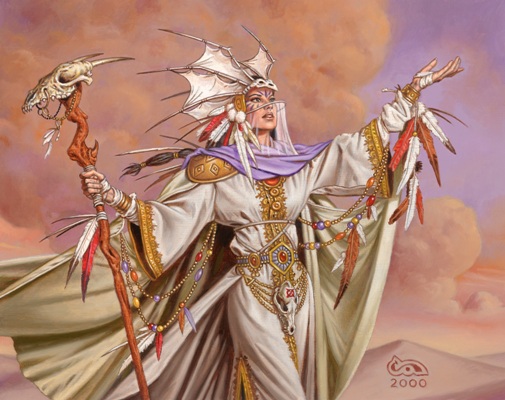 Like Elmore, Clyde creates a more perfect universe, even tattered clothing coming off as the latest couture. His characters rise above the imperfection of their surroundings to astound us with their beauty.

Behind his brush is a keen mind, one ripe for creation, and his genre definition is phenomenal. His vision of the Hollow World, Mystara, brought players a collection of fifteen of the greatest world-building supplements of all time. In them Clyde works a forge of creation, the aspects of deep culture dripping off the page as he transports you to times unimagined.

Caldwell also creates a stunning character, the textures of his clothing rich and the accoutrements well researched. As with all these masters, there’s a perfectionist side to Caldwell, but that drives him, stories of his devotion to his vision causing Art Directors headaches because he absolutely refuses to do anything but the very best and damn the deadlines.

You never see cut corners in a Caldwell work, every detail placed in perfect form. Perhaps this is why his women stand out so readily in his subject matter. To me, he melds the perfection of angelic divinity with the carnal appetites of a Frazetta-like sexual world. In this fashion Caldwell might be considered to have his own gigantic melancholies and gigantic mirth, and should he wear sandals, he could most certainly tread on the jeweled thrones of the fantasy landscape with sheer talent.

For me, after having had the pleasure of spending a year with Clyde, I would have loved nothing more than to see his true vision of Lyssa, but in the end I stole a brilliant approximation, and I want to thank Wizards of the Coast for giving me the opportunity to do so.

Current Status: Clyde is still in the upper midwest and doing incredible art. You can find him and his latest projects here.

Wow! It’s as if he had your specs and did Lyssa to them. Fantastic.

You know what amazes me? That you REMEMBER all this! Who told you what, when, all the details of these conversations. Yeesh, I forget what I talked to my daughter about ten minutes ago. 😉

“All those dominos, all the ‘weight’ I’d considered with each new artist slowly added up to something incredible.”
You got that right!

Witch: I keep most everything in files concerning this project, that way I can look up what happened on what date and get it right.

Oh, and Grace told you to empty the dishwasher… 😉

[…] the help of Wizards of the Coast I had my ‘Caldwell Lyssa’, and the weeks for the project were growing short. These final days became the most trying for me […]