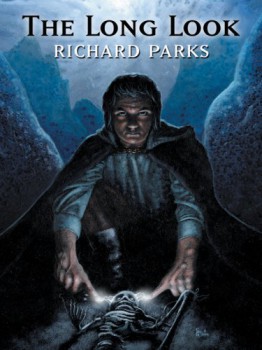 I am tempted to propose a new subgenre of fantasy that I might call domestic fantasy, or ordinary-people fantasy, or anyway something that suggests stories set in secondary worlds, complete with magic, and for that matter complete with kingdoms and magicians and all the other Tough Guide to Fantasyland markers (even stew!), but populated by sensible (mostly) people, fairly typical of your neighbors in general attitudes (but not anachronistically so).

I’ve noted in multiple reviews of Lawrence Watt-Evans’s novels that they seem often to take a very common sense approach to grand fantastical tropes like dragons. So his work might fit. And a novel like Sherwood Smith’s A Posse of Princesses, about a bunch of pretty basic teenagers who happen to be princes and princesses in a fantasy world, seems to fit as well. You might even argue that aspects of the great model for so much contemporary fantasy, The Lord of the Rings, have this ring* of domesticity – that is to say, the hobbits – but really it is The Lord of the Rings, with its stark good versus evil theme, and with characters like the impossibly noble Aragorn and the angel-like Gandalf and the ethereally beautiful Galadriel and the disembodied evil of Sauron, that I see my domestic fantasies as reacting against. (In a respectful way – I love The Lord of the Rings, and so, I suspect, do most of these writers.)

The work that really provoked these thoughts in me is Richard Parks’ first novel, The Long Look. Parks has been publishing short fiction for nearly two decades, and his short work – consistently first-rate – has been characterized by just those properties I mention: people in fantasy worlds – often fairly conventional ones – with quite straightfacedly normal attitudes and abilities (modulo the occasional magical power or ghost-seeing talent or whatever). Indeed, a blurb from the NYRSF review of Parks’ story collection The Ogre’s Wife, puts it excellently: “a wise Zen master pumping gas … a weathered swami slinging burgers … transcendence in the midst of the ordinary.”

The Long Look is expanded from “A Time for Heroes,” a story published in Katherine Kerr’s The Shimmering Door anthology back in 1996, so relatively early in Parks’ career. In that story the evil wizard Tymon the Black kidnaps the Princess of Ashesa of Morushe, and her intended husband, the Crown Prince Daras of Borasur, sets forth to rescue her, and appears to slay Tymon – though he dies tragically in so doing. But we know all along things are not as they seem; Ashesa is not sure she wants to marry Daras, for one thing. And Tymon is not necessarily evil; he is blessed – or cursed – with “the Long Look,” which has revealed to him that if he becomes King Daras will lead his realms into war, at horrible cost to the whole area. And Tymon’s death is not what it seems – nor indeed is Daras’, in a different way. Parks here asks questions about responsibility, and about whether murder is right if it saves the lives of many more.

The Long Look continues the story fairly directly. Tymon has of course survived, but he has lost “the Long Look”, and he is forced to try to figure out things on his own. And Daras’ younger brother Galan, a more studious and sensible young man, is besotted with Ashesa, and wishes to marry her both for that reason, and because the marriage still makes political sense, perhaps the more urgently as his father has just died. Ashesa herself comes to appreciate Galan, but she has guilt issues of her own – for as things turn out Tymon manipulated her into killing Daras, though no one knows this save the two of them. And most urgently, a Duke of Borasur is plotting to restore his preferred claimant to the throne of his country in the wake of the old King’s death. And as time passes Galan decides it is necessary to avenge his brother…

Parks follows each of these characters, and a couple more. We see in nearly every case that they are motivated by mostly decent impulses, though often with less than perfect knowledge. Indeed this is the key to the title – “the Long Look” apparently gave Tymon something approaching perfect knowledge of the future in certain cases, giving him some degree (though how much?) justification for some terrible crimes. But other people don’t get such knowledge, and sometimes their best efforts can be in support of evil – or, even, not evil but misfortune for many.

The story is fun to read throughout. The characters are quite sharply portrayed – though perhaps the women come off a bit too much more saintly on balance than the men. The plot is nicely constructed. I was at time not convinced by Tymon’s too-perfect ability to anticipate events. But taken all in all it’s an involving tale, and a believable and thoughtful examination of such age-old moral questions as “Does the end justify the means?” and “Is honor useful, especially over generations?” and “Are heroes necessary?”

One of my likely few accomplishments was including a story by Richard Parks in my anthology, Not of Woman Born (1999), from Roc.