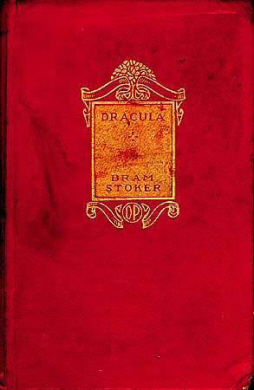 Most literary criticism of Bram Stoker’s Dracula is limited to treating the work as one of the more blatant examples of Victorian sexual repression. A few more adventurous critics are eager to play Freudian detective and speculate what the book reveals about the author’s possible sexual feelings for Sir Henry Irving or his alleged serial infidelity with East End prostitutes.

Rare is the literary critic who looks at the recurring theme throughout the book of the difficulty modern man faces in accepting the supernatural as reality.

From its first page to its last, this is what Stoker is most interested in shaping his story around. The book has become so ingrained in our culture that millions who have never read it have absorbed the gist of the plot from the past century of adaptations, rip-off’s, and parodies in film, television, theater, and books.

This is part of the reason why the concept is missed, but the greater reason is the one Stoker illustrates time and again in his book – we deliberately ignore what we can’t comfortably explain.

Stoker’s Dracula is a very modern novel. The author delights in presenting the latest gadgetry, scientific theory, and medical advancement (several of them were only in their pioneering stage at the time of publication) in sharp contrast with the Old World’s superstition which threatens to overwhelm the modern world’s fragile constructs at every turn of the page. 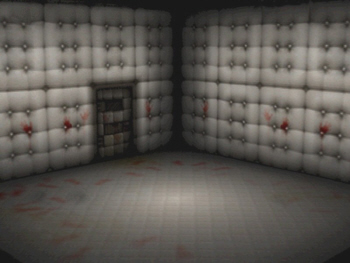 The story is initially told through the eyes of Jonathan Harker, a fine upstanding Anglican solicitor with a solid career path and a fiancée waiting to marry him once he returns home from his visit to Transylvania to conclude a real estate transaction with an Old World nobleman.

Harker’s journey is one he initially delights in as a superior modern Englishman. He has an eye for detail and loves the simple life of the European peasants who appear to have been forgotten by time. He only becomes ill at ease when their Catholic iconography and belief in Satan as a tangible force of evil upsets his worldview.

The modern twenty-first century Catholic may struggle a bit with Stoker’s Victorian bias, but this is because the modern Catholic has more in common with the nineteenth century Protestant in viewing the supernatural elements of their faith as largely symbolic.

In Stoker’s day, a Catholic believed in transubstantiation as supernatural reality. The Mass was built around the concept that Christ mystically, not symbolically is physically present in the consecrated wine and bread and that the reception of which provides supernatural graces for the faithful to combat the very real forces of evil which assail the world.

Such thinking elicits a snicker of contempt in the rational modern mind, but it was once part and parcel of every Catholic child’s upbringing and grew more real as they matured. What Stoker, a nineteenth century Anglican, understands so well is that for most Christians their belief is little more than tradition upheld in the name of a shared value system.

This has long been the case in Judeo-Christian culture for the obvious reason that the alleged Biblical supernatural interactions with their God (burning bushes that speak, miracle-working in God’s name) lie in the remote past and have little if any connection to modern memory where science rapidly overtook superstition.

How Stoker makes this seemingly ridiculous notion real and threatening is by focusing his story not solely on religious fanatics out of step with their time (although they are represented as well), but on practitioners of a related, but opposing supernatural faith.

Satanists, in the sense of practitioners of ritual sacrifice who call upon the Devil to grant them power over others, are as much a part of the modern underbelly of society today as they were in Stoker’s time. When such people have stepped outside the law and been prosecuted, they are more often than not revealed to be respectable attorneys and businessmen as much as thrill-seeking youths eager to rebel against the constraints of a dull and regimented adult world.

It is not a comfortable fact for most of the public, but Satanists have a greater belief (as their contempt for the same reveals) in the Christian faith than most of the people who fill Christian churches every Sunday.

Stoker portrays these anti-Christians in two forms. First as un-dead vampires who recoil not only from crosses (the only part that has been absorbed into pop culture’s vampire mythology), but even more so from the consecrated host (Stoker goes to great pains to distinguish between this and the symbolic wafer of the Protestant communion) and exorcism prayers. Second as the supernaturally-obsessed, later possessed character of Renfield who spends the entire book certifiably insane and confined to a padded cell. 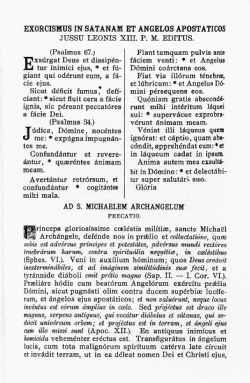 It is interesting that since Stoker’s book first worked its way into popular consciousness via the stage adaptation of the 1920’s, Renfield has been played as a comic relief loony — a figure of fun to be ridiculed and offer a much-needed respite from the bloody horror of the piece.

Stoker’s conception is quite different for the literary Renfield is tortured and tragic. He is a man who cannot control his urges and cannot cease thinking upon Biblical passages that he misinterprets in his literal understanding of the blood being the life and the need to drink blood to gain immortality.

It is notable that though the madman has a psychic connection to the vampire he has never met, Stoker works through the modern criticism of the Traditional Catholic as little more than a neo-Pagan who takes literally and misinterprets that which should only be symbolic.

One of the limitations Stoker emphasizes that has been lost in the many imitations and adaptations of his work is that this manifest evil cannot descend upon the innocent uninvited. It must first be welcomed. Evil must be courted before it is allowed to take hold.

Having created an enthralling tale of worlds Old and New colliding, Stoker casts as the story’s savior, the fallible and feeble (sometimes both mentally and physically) Professor Abraham Van Helsing. The professor is an expert in the occult, a practicing Catholic, and Dutch in sharp contrast to the Englishmen and women threatened by the supernatural throughout the tale. 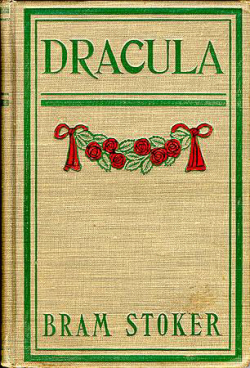 Modern critics blanch at Van Helsing’s broken English as distracting and unnecessary. They fail to grasp that Stoker is painting the character as Dracula’s counterpart for they are both Old World characters with funny accents and superstitious beliefs who have no place in the Modern World.

Yet it is they who are proven correct in their beliefs. Both Dracula and Van Helsing are certifiably mad. One drinks blood and the other practices arcane exorcism rituals involving the mutilation of corpses. Yet both men are proven correct despite their insane actions. Supernatural forces for Good and Evil exist and can overwhelm the individual and eventually society itself in spite of all our efforts to build a technological paradise of convenience surrounded by tangible, rational constructs limited only by the constraints of our imagination.

In Stoker’s view, the Supernatural Good can easily conquer the Supernatural Evil, but it requires re-visiting concepts and practices that appear ridiculous, even offensive to our modern sensibilities. It is unlikely the author intended his work as an evangelical tool, but he does take the first step of faith in refusing to deny the existence of that which lies outside our ability to explain. This is the hallmark of belief in the supernatural and is Stoker’s greatest unsung literary accomplishment.

You are right, William, in investigating the supernatural truths implied in Stoker’s Dracula. Some readers who temporary accept Stoker’s worldview while reading his novel will probably miss how important the supernatural is to this story.

Some works of fantasy require a suspension of belief. Others are much more rooted in reality. When a good writer builds on existing reality, it often creates a stronger story. While a modern scientific mentality cannot accept supernatural realities, there are true stories that support these realities. Writers like Stoker buildson these realities to create more powerful stories.