Have you ever made a purchase decision less than halfway through the book description?

That’s exactly what happened to me on Sunday at Barnes & Noble, about ten seconds after I picked up Dan Koboldt’s Silver Queendom and read:

Service at the Red Rooster Inn leaves much to be desired. The innkeeper, Darin, has a scowl for every new face. The homebrewed ale seems to grow less palatable with each new batch. The barmaid, Evie, only seems to work when wealthy young men are around, and the old witch Seraphina ensures that’s not too often. As for Big Tom, well, everyone learns quickly to stay on the bouncer’s good side. There’s a reason everyone in the Red Rooster crew is bad at their job… by night, they’re the best team of con artists in the Old Queendom.

That’s all I needed to decide to take the book home with me.

END_OF_DOCUMENT_TOKEN_TO_BE_REPLACED

I started reading science fiction and fantasy in the late 1970s, with authors like Isaac Asimov, Robert Silverberg, Stephen R. Donaldson, and of course J.R.R. Tolkien. I learned an enormous amount from those early books, about astronomy, and space travel, and speculative physics and chemistry. And about adult relationships, and the US. military, and the kind of alien life that might exist on Venus (the kind that resembled dinosaurs, obviously).

But one of the most important things I learned was that fantasy adventures occurred elsewhere. In big cities in the United States, and small, magical towns in England. In underground government labs, and secret rebel bases on the ice planet Hoth. They certainly didn’t happen in my home town of Ottawa, Ontario, and the surrounding valley. At least, they didn’t until Chares de Lint burst on the scene with his own brand of fantasy in 1984, with books like the groundbreaking Moonheart, which helped launch the urban fantasy explosion of the 80s and 90s.

END_OF_DOCUMENT_TOKEN_TO_BE_REPLACED

The Justice of Kings and The Tyranny of Faith (Orbit, 2022 and 2023). Covers by Martina Fackova

When I wrote about Richard Swan’s debut fantasy novel The Justice of Kings back in October, I got an enthusiastic response. Wayne Ligon called it “My favorite fantasy this year, so far!” and BG blogger Sarah Avery said,

I’m a sucker for fantasy novels that care about the rule of law. I loved Sebastian de Castell’s Greatcoats series, about badass itinerant magistrates in a recently failed state, to no end. This one looks likely to scratch the same itch.

Hot on the heels of The Justice of Kings comes The Tyranny of Faith, due from Orbit on Valentine’s Day. Kirkus Reviews tells us, “While The Justice of Kings was pretty dark, this volume gets even grittier.” I know that’s just what you bloodthirsty lot were dying to hear.

END_OF_DOCUMENT_TOKEN_TO_BE_REPLACED 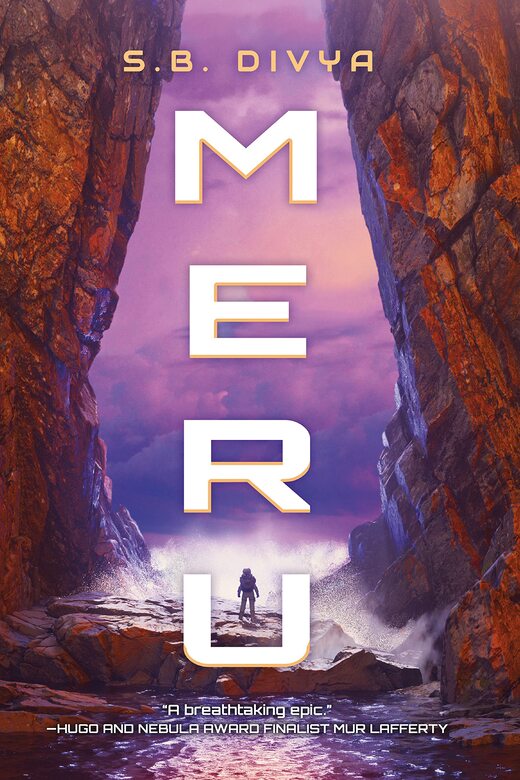 END_OF_DOCUMENT_TOKEN_TO_BE_REPLACED

Robert Sheckley isn’t discussed much these days. But he had a towering reputation as an SF short story writer in the mid-20th Century. He sold his first story in 1951, and quickly became one of H.L. Gold’s stable of writers at Galaxy, one of the leading science fiction magazines of the 1950s.

Sheckley was a very prolific writer of satirical SF, and he produced hundreds of short stories in his career. His first collection, Untouched by Human Hands, was published by Ballantine in 1954, followed by Citizen in Space (Ballantine, 1955), Pilgrimage to Earth (Bantam, 1957) and two in 1960: Notions: Unlimited and Store of Infinity, both from Bantam.

Many of Sheckley’s best collections were reprinted in the late 70s by Ace books, which is when I discovered them. They made very entertaining reading then, and they still do today.

END_OF_DOCUMENT_TOKEN_TO_BE_REPLACED 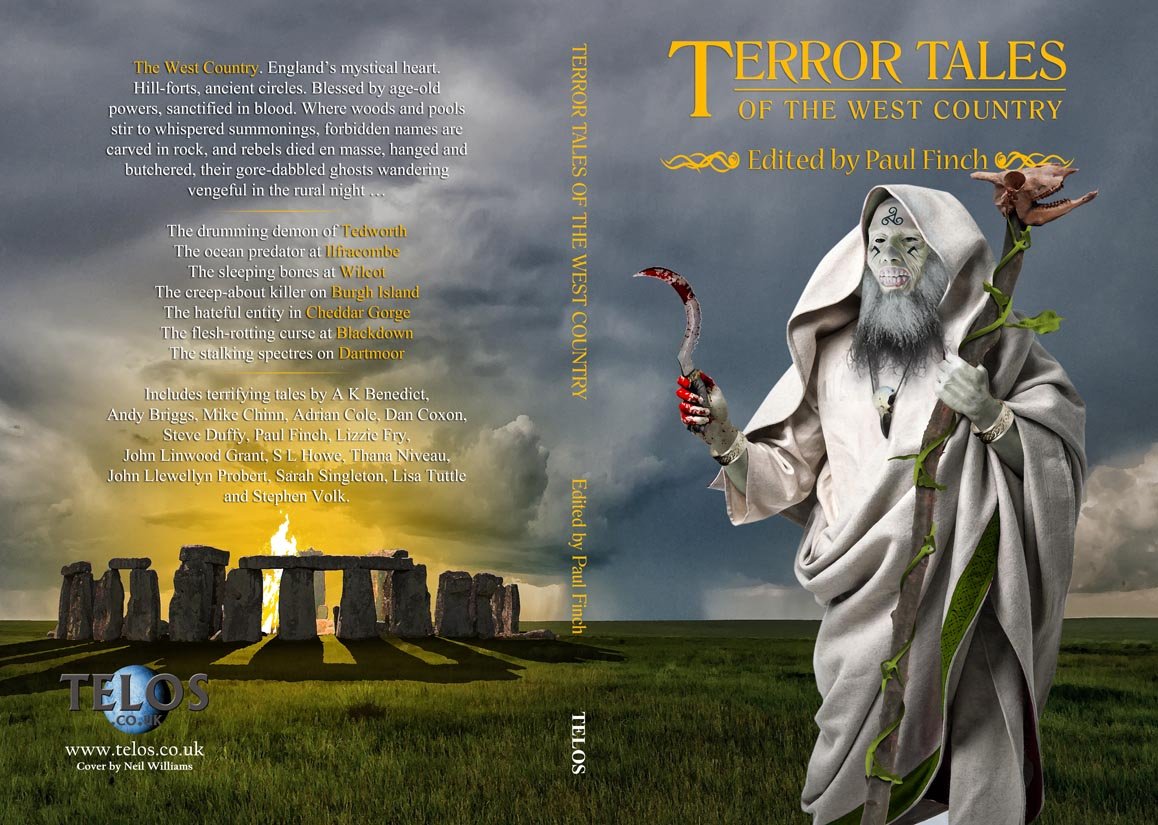 This is volume 14 in the successful ongoing series Terror Tales, a bunch of anthologies collecting horror short stories set every time in a different area of the United Kingdom. Which, all in all, appears to be a really spooky place where dark and supernatural events occur all the time.

For the present  book editor Paul Finch (an excellent horror writer himself) has chosen the West Country as a setting for fifteen tales of terror penned by as many dark fiction authors. Each story is preceded by an historical recalling of disturbing and sometimes violent horrific events which took place in the past in the various parts of the West Country.

Truth be told the long, vivid introductions by Finch are sometimes even more interesting and engrossing than the subsequent pieces of fiction.

END_OF_DOCUMENT_TOKEN_TO_BE_REPLACED

Between online sources like Amazon and my bi-weekly trips to Barnes & Noble in nearby Geneva, IL, my book needs are generally well met. But it’s still nice to walk the aisles of a major Dealers Room, like the one at Worldcon here in Chicago last fall. I came away with a number of delightful finds (see the pic below for the bulk of my haul).

One of them was The Dawnhounds, an unusual (to say the least) debut novel by Sascha Stronach, a Māori-inspired fantasy about a murdered police officer brought back to life with a mysterious new power, and tasked with protecting her city from an insidious evil. Tamsyn Muir says it’s “Part police procedural, part queer fever dream, and part love letter to a city that doesn’t exist.”

END_OF_DOCUMENT_TOKEN_TO_BE_REPLACED

Oh man, what a year, people. I won’t bore you with the details, but you already got a glimpse of my debut novel Catalyst, and there was additional coolness on top of that. See my bio below for the title of my first games writing publication, and some of the recent spots for my short fiction.

We’re here to talk books, though, and I’ll freely admit that I didn’t read quite as much in this back half of 2022, for reasons of being busy and sometimes very stressed. Because I figured out quickly that I was going through a period of “less reading, more Steam” I was choosy with what I read. The silver lining of which was that the books I stuck with turned out to be excellent, and I’m excited to share them below with you.