Tomorrow is New Year’s Eve and, if you’ve been paying attention at all, you’re doubtless stumbled on a few Best Books of the Year lists. I’ve seen over two dozen, and they are not all created equal. One of the best for true SF & fantasy fans is The B&N Sci-Fi & Fantasy Blog list of their Favorite Science Fiction & Fantasy Books of 2018, which includes 25 novels, 12 “Alternate Universe” Picks, and 13 of The Year’s Best Collections & Anthologies. It was compiled by Joel Cunningham; here’s a few of his selections.

Bancroft’s buzzy debut was already a self-published sensation in ebook when Orbit acquired the rights to publish in print, with three sequels to follow in short order. It’s set in a steampunk universe whose main feature is the Tower of Babel, a legendary tourist attraction that soars endlessly into the sky, shrouded in clouds. No one knows how high the tower goes, and it seems to contain an infinite number of rooms, all of them unique. Thomas, a small town schoolteacher, and his beloved wife Marya take their honeymoon at the Tower, but Thomas loses his new bride in the immense crowd milling about the base. Desperate to find her, he begins to climb the Tower in hopes of finding her. Every room he enters is a world unto itself, as detailed and deeply imagined as any described in entire novels. Thomas finds himself in a mental and physical battle with various factions and personalities as he slowly ascends the tower and learns its secrets — well, some of them, at least. Deeply strange and instantly addictive, it’s one of the most original fantasy novels in years — and book two, Arm of the Sphinx (released in May) might be even better. Read our review.

The third book in Bancroft’s The Books of Babel series, The Hod King, is scheduled to be published on January 22, 2019.

The author of the Divine Cities trilogy (a nominee for Best Series at the 2018 Hugo Awards) begins a new trilogy that’s as fun to read as its world is well-imagined. The city state of Tevanne runs on magic and pillage, as the four dominant merchant houses exploit the lands around them (not to mention the poor denizens who crouch outside their walls in a precarious shantytown known as Foundryside), as their scrivers create incredible machines and accomplish feats that look a lot like magic by way of intricate sigils that bend and break the laws of reality. Sancia Grado is a Foundryside thief who comes into possession of Clef, a sentient golden key — and is pursued by police captain Gregor Dandolo, reluctant scion of one of the richest houses. The unwitting Sancia falls into a scheme to destroy the power of the scrivers; putting a stop to it will bring her and Dandolo together as unlikely allies in the greatest theft theft in history, with the lives of everyone in Tevanne on the line. Read our review.

Marina and Sergey Dyachenko stand with the best writers of fantasy in Russia, but very little of their work has been translated into English. Hopefully, Vita Nostra — which has been hailed as perhaps their greatest work (it was named the best fantasy of the 21st century by the attendees of Eurocon 2008) — will begin to change that. It’s the story of a young girl named Sasha who, after a series of bizarre and disturbing events, is enrolled against her will in the mysterious Institute of Special Technologies, where she will learn a very peculiar sort of magic — think philosophy and linguistics rather than spells and wands. Hogwarts this isn’t — the Institute is a cold, austere place, and Sasha’s exploration of magic offers all the charm of cramming for a post-grad final — but the novel somehow makes her coursework thrum with the drive and suspense of a thriller, all the way through the mind-melting ending. Read our review. 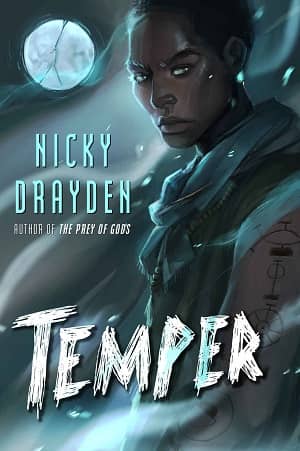 Nicky Drayden’s followup to the her gonzo science fantasy debut The Prey of Gods is just as delightfully out there. In an alternate African country, your vices are more than just part of your private nature — they’re what determine your status in society. With only a single vice branded on his arm, Kasim Mutz is marked for a bright future. His twin brother Auben, however, has six vices on display, dooming him to a much darker fate. Auben is smart, mischievous, and charming — and jealous of his brother’s prospects. as Auben begins hearing a demonic voice instructing him to give in to his weaknesses and commit terrible crimes, he finds his self-control begin to erode, and both brothers find they will have to tame their inner demons if they’re going to save their world. Drayden’s worldbuilding boasts depth and nuance, but her real strength is in developing instantly relatable characters. It feels real in the ways of the best speculative fiction, as if we’re looking at ourselves in a funhouse mirror, noting the skewed beauty, the blemishes, and all. Read our review.

The Barnes & Noble Sci-Fi & Fantasy Blog is a great resource for those with limited reading time (like me). Here’s a few of our selections from their recent articles.