April is maybe the best month for new book releases so far in 2018. There’s a plethora of new titles I want to feature — and read — and I barely have time to keep tabs on them all. Jeff Somers at the Barnes & Noble Sci-Fi & Fantasy Blog isn’t helping the situation by highlighting over two dozen of the best new releases, including a fair number I was completely unaware of. Here’s a few of his more interesting selections.

Detective tropes are given a techno-philosophical twist in this sci-fi mystery. Two hundred years in the future, an alien race known as the Masters have terraformed Earth and spread humanity into the universe, settling us on dozens of colony worlds. Keon Rause is a government agent returning to service on the planet Magenta after a five year leave of absence while he mourned his wife, a fellow agent killed in a terrorist explosion while investigating an unknown lead. Rause isn’t alone; he’s come back with an AI version of his wife, a digital reconstruction crafted from every trace of data she left behind — and crafted with the purpose of helping him figure out how and why she really died. Cashing in every favor he has left from his previous life, he finds himself following in her footsteps even as he struggles with his feelings for the simulacrum he’s created. It all leads to an impossible choice when he and his team stumble onto a disaster in the making: save the planet and lose his wife forever, or let something terrible happen and solve the mystery?

From Darkest Skies is Sam Peters’ debut novel. The sequel, From Distant Stars, is already scheduled to arrive on August 21. 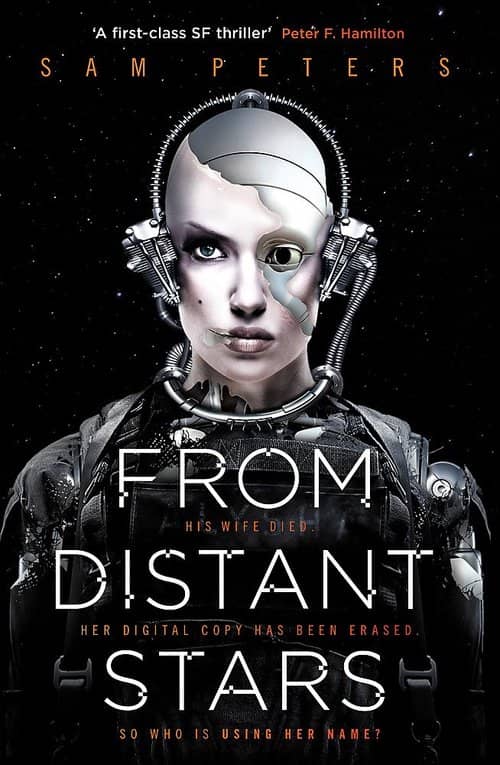 In this dark, weird western, a woman named Carol Evers suffers from a bizarre condition that periodically puts her into a temporary coma indistinguishable from death. For two to four days, she’s trapped in a strange consciousness or reality she calls Howltown, afflicted by a personification of rot that wants to claim her permanently. Only a few people know about her condition — her old lover James Moxie, who fled, unable to handle it; her current husband Dwight, greedy and growing tired of caring for her; and a household maid she confides in. When her next attack hits, Dwight determines to bury Carol before she awakens in order to claim her fortune — but Moxie gets word of his scheme and rides to save her, even as he is pursued by a ruthless inhuman killer. Meanwhile Carol faces her own demons in Howltown. Sleeping Beauty was never quite so strange, or so horrifying.

During World War II, Tom and Ben meet amid the Blitz while working on a project to render British targets invisible to German instruments. Teamed in close quarters, they find themselves falling in love during a period in history when such relationships are dangerous. Then something goes wrong with the project, and Ben and Tom disappear. No bodies are ever found, and the pair are presumed dead. Solving the mystery of what happened to them will fall into the hands of a grizzled old collector of those rare objects, physical books, in a time a few decades hence; tracing odd clues left in handmade copies of a particular poetry book, the booksellers begins to discover the secrets of a romance unbound by time. This slender novella is a chance of pace from an an author known for his densely plotted future fables (River of Gods), but it loses none of its emotional power for a lack of additional pages. 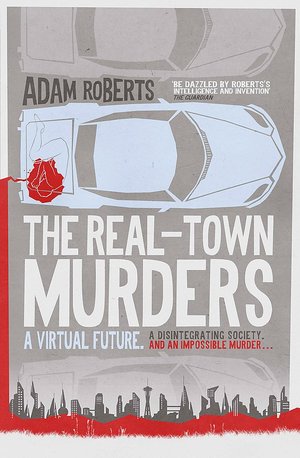 In a near-future England, Alma is one of the few people not permanently plugged into The Shine, the ultra-addictive and immersive successor to the internet that’s so compelling, the world is slowly breaking down due to lack of human interest in maintaining it. Making her life even harder, Alma’s lover is sick and requires a specific treatment every four hours without fail — and Alma’s the only one who can administer it. When she’s called to an automated factory in her role as private investigator, she’s handed an impossible crime: a dead body in the trunk of a newly-built car in the middle of a factory of robots. As she digs into the mystery, she finds herself neck-deep in a political coup — and has to start making moves fast in order to get home in time to keep her partner alive. Adam Roberts rarely disappoints, and never writes the same book twice; this one, released in the U.K. last year, is a keeper.

The Barnes & Noble Sci-Fi & Fantasy Blog has proven to be a fantastic resource for readers of all kinds. Here’s a few of our selections from their recent articles.