One of the reasons I love the B&N Sci-Fi and Fantasy Blog? Because they split up their Best of the Year selections into multiple lists. Why would anyone do that? To cram in more books! Duh.

Their second such list this year is The Best Science Fiction & Fantasy Collections and Anthologies of 2016, selected by their editors and jotted down for us by Joel Cunningham. It includes books by Ken Liu, Patricia A. McKillip, Joe Abercrombie, Brandon Sanderson, Greg Bear, Eleanor Arnason, Gardner Dozois, Michael Swanwick, and many more. Titles such as Slipping: Stories, Essays, and Other Writing, by Lauren Beukes (Tachyon Publications, November).

Jeffrey Ford is probably writing your dreams. It’s the best way to describe his surreal style, which frequently relies on an internal structure and logic to convey images that teeter between odd fantasy and unsettling horror, while remaining impossibly grounded in a tangible reality. A Natural History of Hell (out in July) goes to some odd places, with genre-bending stories about artists trapped on a rocket ship, imaginary serial murderers, and God being torn apart by an angry mob, but it leaves plenty of room for beauty, however dark. It also contains one of my personal favorite stories from last year, “Word Doll,” in which children are lured into a world of make-believe. If you’re looking for something you haven’t seen before, look no further than these 13 stories. Standout stories: “A Rocket Ship to Hell,” “The Blameless”

And Hwarhath Stories: Transgressive Tales by Aliens, by Eleanor Arnason (Aqueduct Press, May).

Collected for the first time, these stories are a few decades old at this point, but no less powerful or imaginative for it. Ostensibly taken from the stories of an alien race known as the Hwarhath (people), the only other intelligent species encountered by humanity, and translated for our consumption, these anthropological tales explore different aspects of a fictional culture in fascinating ways, from their creation myths to their attitudes about sex and love. Legendary editor Gardner Dozois called these “some of the best stories published by anybody during the last two decades,” and we tend to agree.

Plus eighteen more! Check out the complete list here. 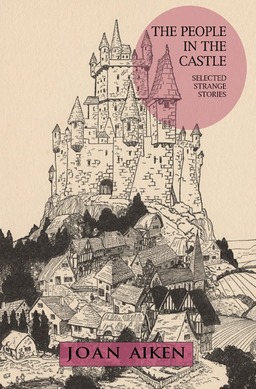 We weren’t completely asleep at Black Gate this year, and in fact we covered more than half of the fine volumes on this list recently.

Interested in hearing more about the best books of the year? Black Gate has you covered. Here’s our picks for the top lists so far.