The Barnes & Noble Sci-Fi and Fantasy Blog has gradually become one of my favorite places on the web. It’s well written, entertaining, and has a lot of content — virtually all of it focused on books. What’s not to love?

It’s not afraid of tackling big projects either. While lesser blogs may give you a peek at 10 upcoming releases and then head down to the pub, the hard-working crew at the B&N Sci-Fi Blog labor late into the night to compile a monster list of nearly 100 of the best genre books coming your way. How do they do it? Here’s Joel Cunningham with the scoop.

We asked sci-fi and fantasy editors from all the major publishing houses to share with us the books they are most excited to release into the wild in 2017. Let us just say, these editors are very excited — so excited, the list quickly ballooned to nearly 100 books. That’s 100 books that we’re really excited about too, even if the knowledge that we can’t possibly hope to read every one of them makes us lament, again, our pesky mortality.

Grab a fresh cup of coffee or your beverage of choice, and settle in. This is a big one.

Yeah, Joel’s right about that. It took a lot of work with compile this list, and I guarantee you that you’ll find something that will catch your interest. Here’s a handful of titles that I found especially intriguing.

First up: a debut novel coming in hardcover from Baen Books next month.

A stunning debut fantasy from D.J. Butler which presents an alternate history for North America, where Appalachian folk magic has shaped the landscape and society. Appalachee fifteen-year-old Sarah Calhoun finds she has a natural talent for hexing and one bad eye. All she wants is to be left alone — especially by outsiders. But Sarah’s fate calls, and a quest for her destiny leads her across an American landscape strangely transformed, with a trip to the Renaissance-style Nashville Tobacco Fair, an encounter with not-quite-human Firstborn Moundbuilders, and desperate fights with shapeshifting Mockers and undead Lazars. All of this leads to a final confrontation with the Emperor of the New World and Sarah’s hidden destiny.

Next is a Del Rey hardcover due later this month which Kirkus Reviews calls “An alternate modern-day England where enticing drama and social unrest mix with aristocratic scandal and glamorous magic… conjuring up the specters of Les Misérables and Downton Abbey.”

Gilded Cage has twin souls: On the one hand, I love Gilded Cage because it’s a decadent treat — rich red velvet drama frosted with icy glamor and sinister beauty. It’s set at Britain’s grandest country estate, where a brother and sister have just begun working as servants for a powerful aristocratic family. On the other, I also love how dark and smart and dystopic: It’s also set in a modern-day England where aristocrats have magic and commoners are doomed to serve them.Gilded Cage is upstairs-downstairs romance and political rebellion, bingeworthy drama and world-breaking revolution. Utterly irresistible. – Tricia Narwani, editorial director, Del Rey Books

Read an excerpt at Tor.com. 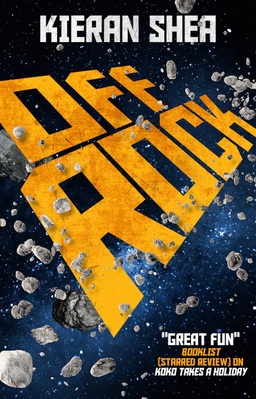 We also have a Titan trade paperback from the highly regarded horror writer Tim Lebbon, which imagines a world with a black market in cyclops bones and fairy skeletons.

Having worked with Tim Lebbon on the Alien novels, and most recently the huge “Rage War” crossover between Alien and Predator, I knew Tim was a brilliant writer, and was eager to see what he would do with a series that would be wholly his own. He proposed a story about an underground black-market in arcane things, akin to the international trade in elephant ivory and rhinoceros horns. But in this case, it would be the desiccated skull of an immature cyclops, or the skeleton of a faerie. Things turn nasty when we discover that victims don’t necessarily need to be dead to be harvested. And they don’t necessarily like being victims. Angela, an American criminology student living in London, is thrust into this world without warning. She becomes involved with a particular vicious crime boss named Frederick Meloy, and things spiral downward from there. Tim writes brilliant characters, making me eager to see what happens next for each and every one of them – it’s a real page-turner. He knows how to raise the stakes at every turn, and he’s amazingly adept at making us afraid. Working with such a skilled writer is a joy, and I’m grateful just to be associated with such a darkly thrilling concept as Relics. – Steve Saffel

Read an excerpt from Relics at B&N.com.

And finally another Titan trade paperback, a science fiction novel from the author of Koko the Mighty.

Kieran Shea’s narrative voice is totally irresistible – he just cracks me up. There is wit woven into every sentence of Off Rock, and it’s a sarcastic, irreverent joy to read. In the year 2778, Jimmy Vik is feeling dissatisfied with his job in interstellar mining. So when he stumbles upon a significant gold pocket during a routine procedure on Kardashev 7-A, he believes his luck may have changed – larcenously so. But smuggling the gold “off rock” won’t be easy. A heist adventure in space, Off Rock is a little bit violent, very funny and, weirdly enough, a love story. For his next book Kieran is going back to Koko (of Koko Takes a Holiday and Koko The Mighty), but I’d quite like to know what Jimmy does next too… – Cath Trechman

Read an excerpt at B&N.com.