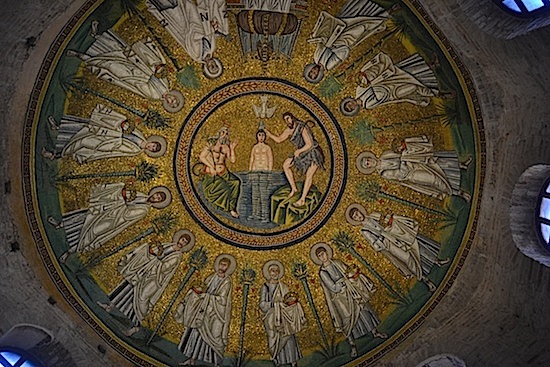 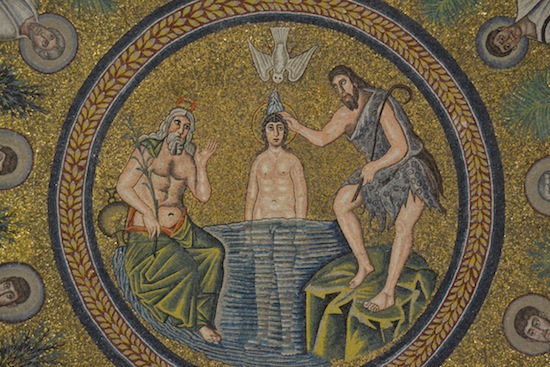 Christ is shown being baptized, flanked by John the Baptist (right)
and a very pagan looking personification of the River Jordan (left).
The Holy Spirit in the form of a dove pours water from its beak onto Christ’s head

The baptistry was part of the Hagia Anastasis (Holy Resurrection) Arian cathedral built near Theodoric’s palace. Little of this church survives today other than the baptistry.

The octagonal baptistry has a splendid ceiling showing the baptism of Christ ringed by a procession of apostles, who look like Roman senators, facing a throne with a crucifix resting on a cushion of imperial purple. The background of gold tesserae, typical in mosaics of this period, makes the figures stand out and almost overwhelms the eye.

We’re lucky to have this building, which has lasted through 1500 years of war, earthquakes, and the steady hand of time. 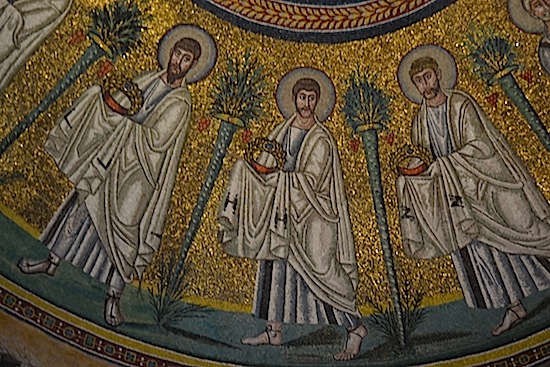 The procession of apostles 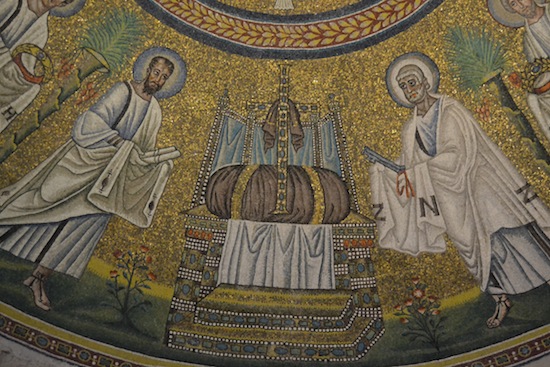 The cross enthroned, flanked by Peter and Paul 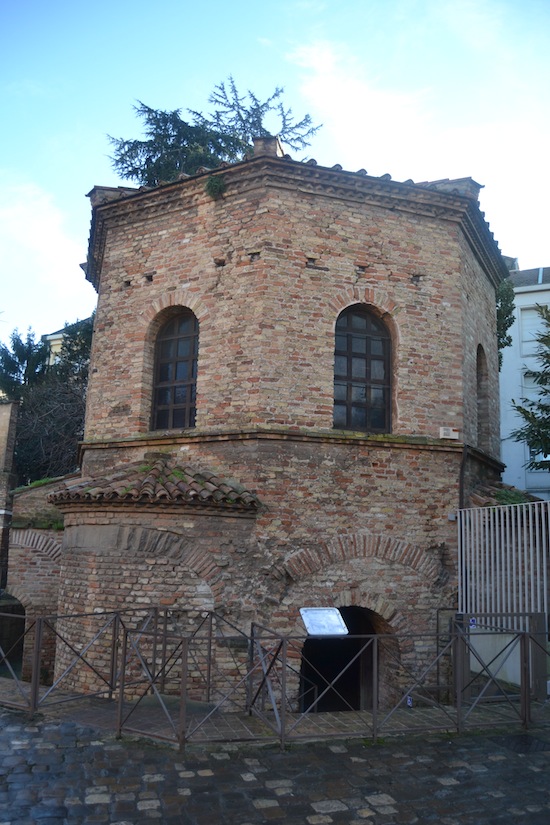 Like many buildings of the period,
an unassuming exterior hides some stunning works of art

Sean McLachlan is the author of the historical fantasy novel A Fine Likeness, set in Civil War Missouri, and several other titles. His novel The Last Hotel Room, about the Syrian refugee crisis, is on sale for $1 through the Amazon US Kindle store for all of February. Find out more about him on his blog and Amazon author’s page.

Thanks for this post. I appreciate all your posts and enjoy the wonderful pics.

I don’t see anything in the iconography pictured here that shows that this was an Arian baptistry. Is the conclusion based off the fact that it was built by the Ostrogoths and we know they were primarily Arian Christians?

I love Ravenna. Those mosaics are some of my favorite memories from the years when my family was stationed in Germany.

James: Yes, Theodoric was Arian and this was one of his commissions, attached to an Arian cathedral. Many art historians believe it was actually built by Orthodox artisans. It does not appear to have been modified later.