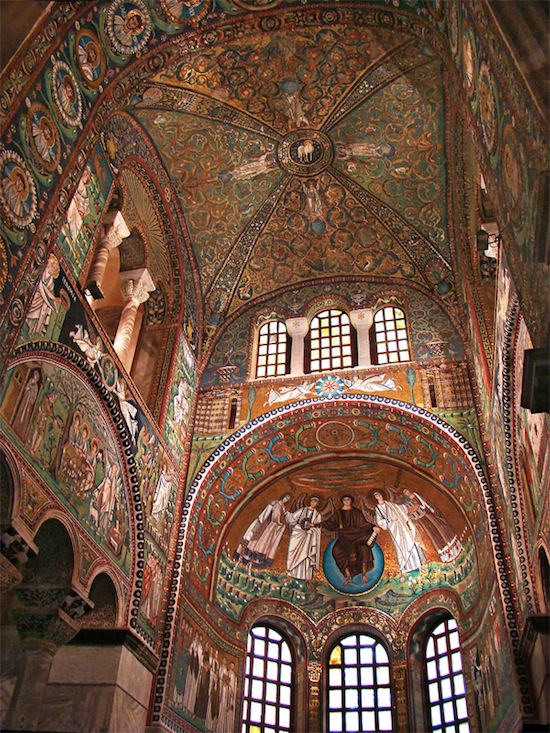 The presbytery. Photo courtesy Wikimedia Commons. Whoever took this
photo managed to get the place fully lit up. It was rather dark and gloomy
when I was there, although that lent a mysterious atmosphere I liked

One of my favorites was the Basilica of San Vitale, which like several other of Ravenna’s monuments is a UNESCO World Heritage Site. The basilica was started in 526 during the Ostrogothic period and consecrated under Byzantine rule in 548. The presbytery is perfectly preserved and is one of the great treasures of Late Antique art, with colorful and detailed mosaics showing religious and court scenes. 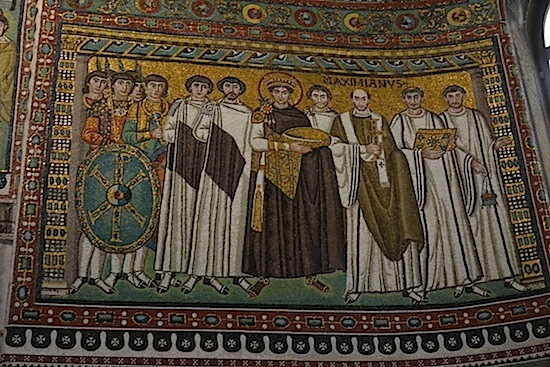 The Byzantine Emperor Justinian flanked by courtiers. To the right
stands Archbishop Maximian, who consecrated the church in 548.
One of the other men may be the patron of the church, a Roman
banker and architect named  Julius Argentarius 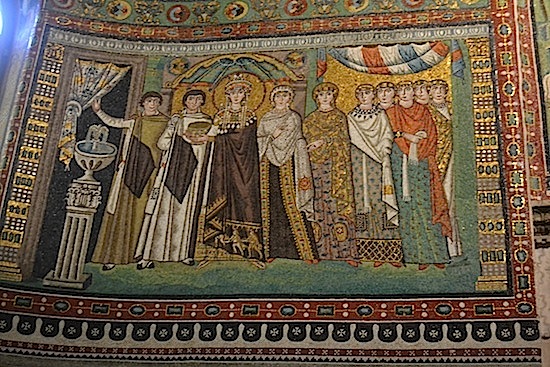 Here are some shots I took. You can find a lot better images on the Internet from professional photographers who worked under optimum conditions and actually knew what they were doing, but I like these shots anyway because they’re a record of one of the most aesthetically rewarding days of my life. Enjoy! 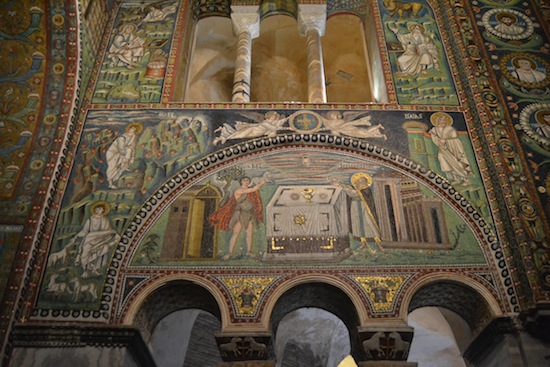 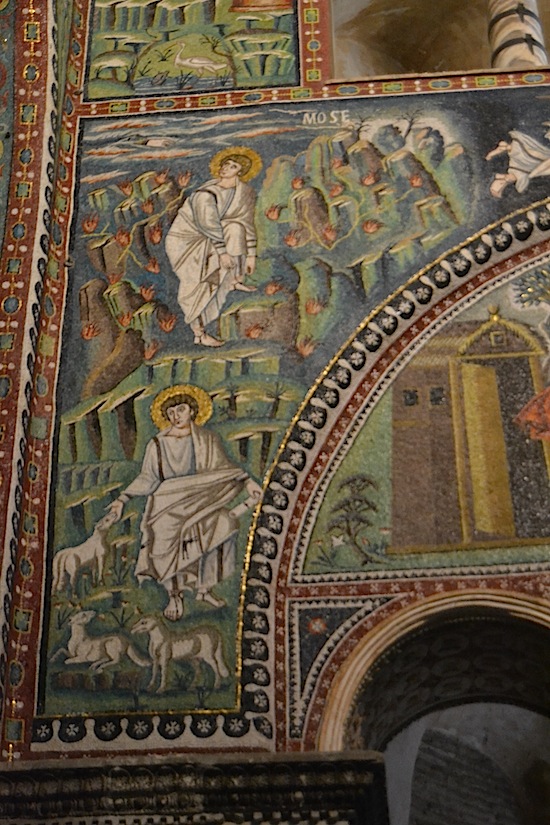 Moses and the burning bush 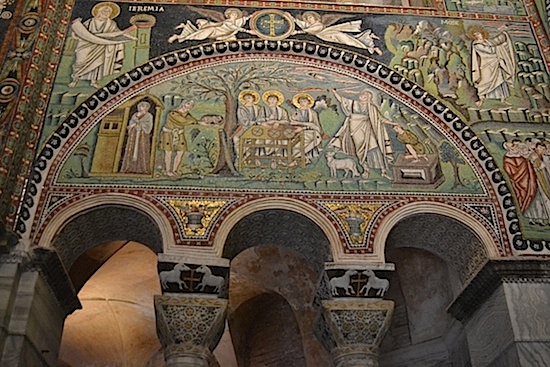 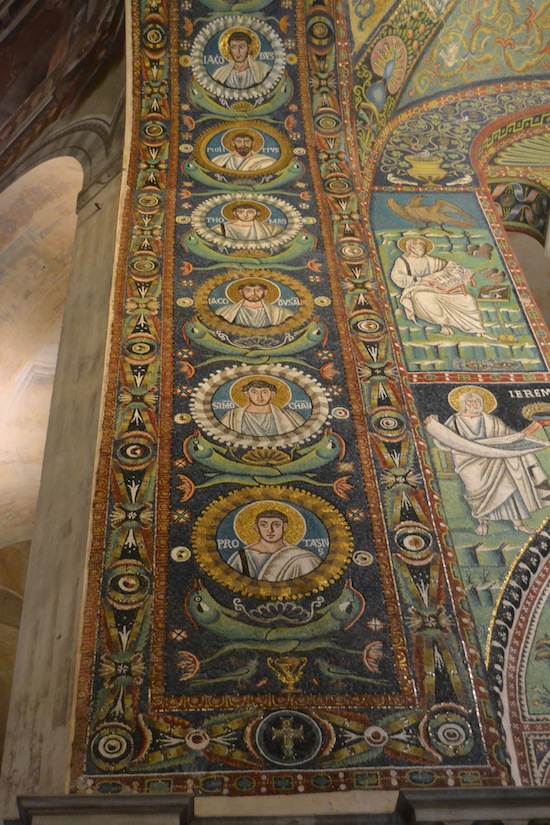 The arch shows portraits of Christ and the Apostles 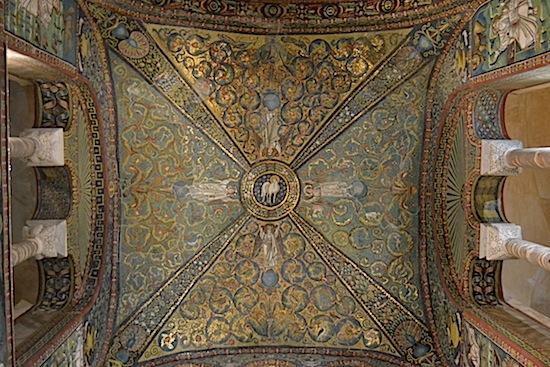 The presbytery ceiling shows the lamb of God 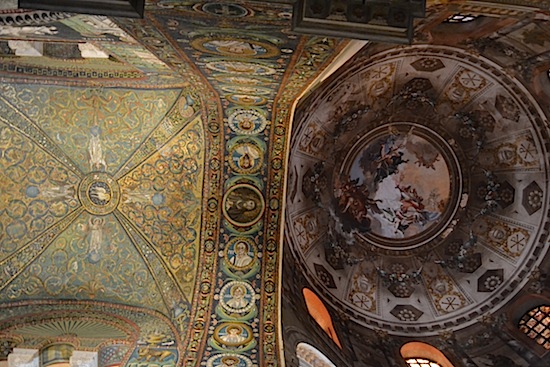 Only the presbytery retains much of the Byzantine decoration.
The cupola has a fresco from 1780 that would be impressive if it
weren’t next to one of the great gems of Late Antique art 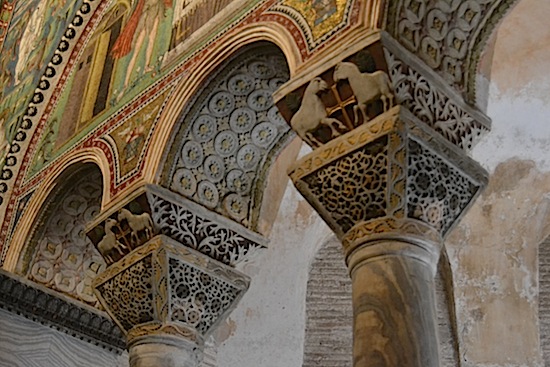 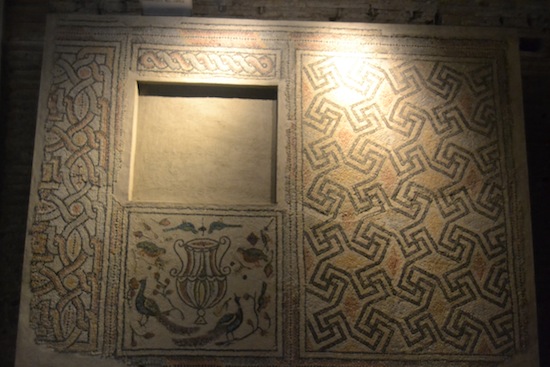 A few floor mosaics from the period are preserved. Note the
swastika decoration, a common theme in Western art until a
certain failed artist from Austria ruined it for everybody

Couldn’t agree more about how spectacular the mosaics are. I had the chance to visit Ravenna a couple of years ago and it was fabulous. And it was amazing to walk around the basilica with just a handful of people after moving through the hordes in Florence. I’m looking forward to going back!