It’s impossible to talk about remakes of any kind, as I do here, here, and here, without eventually having to consider spinoffs. I want to start by saying that by “spinoff” I mean that an existing character is given their own show, either after the end of the original series, or concurrently with it. And by TV franchises, on the other hand, I mean two or more different versions of the same show.

Aside: I think movie franchises are more a species of sequel. Star Trek? That’s tricky. Are they spinoffs? Reboots? Franchises? All of the above?

These new series were all true spinoffs, going by my definition. Both George Jefferson and Maude Findlay were recurring characters on the original series who captured the interest of the audience enough that they were given their own shows. The same was true for Maude’s maid/housekeeper Florida, whose home life was spun off into Good Times. You’ll notice that there was a considerable amount of overlap in terms of TV seasons between all 4 shows. 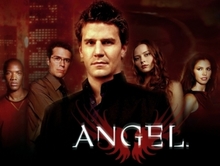 Probably the most successful comedy spinoff is Frasier (1993-2004). The character of Dr. Frasier Crane first appeared as a recurring and then regular character in the popular series Cheers (1982-1993). Both series ran for 11 seasons, but unlike the group above, here the spinoff followed the original, there was no overlap of seasons. I believe that because of his appearance in these two popular shows, Kelsey Grammer holds the record for the longest portrayal of the same prime-time character.

There’s a different kind of spinoff, however, one that’s a little less organic, a little more contrived. Happy Days (1974-1984) was an extremely successful show in its time, and it seems the producers took advantage of that to create other shows using it as a hook. The characters of Laverne and Shirley were “introduced” in six episodes, whereupon they were given their own eponymous show (1976-1983). In a similar way, the character of Mork, appeared in 2 episodes before getting his own show (Mork and Mindy,  1978-1982). Possibly these characters weren’t deliberately given a “try out” on a popular series in order to launch their own shows, but it sure feels like it. Note that the original show ran the longest.

Of course, there are series that we know were created exactly that way, which in my opinion makes them more franchises than spinoffs. Remember CSI: Crime Scene Investigation (2000-2015). A couple of episodes introduced the Miami lab, and spawned CSI: Miami (2002-2012) and later and later the same technique was used to create CSI: NY (2004-2013). Obviously these are dramas, and once again, the original show proved to be the most popular, and outlived both of its spinoffs.

Around about the same time producers on another popular show took a page out of the same play book. Apparently the producers of a show called JAG (1995-2005) felt that the end was in sight, but thought there was still room on TV for this type of show (military law), so in 2003 NCIS agents were deliberately introduced and a new show was born (NCIS). Again, the same technique was used to create NCIS Los Angeles and NCIS New Orleans. Please note that all three of the NCIS shows are still on the air. 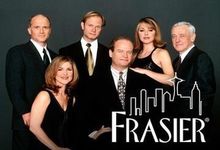 Franchises? Absolutely. And so are all the Law and Order shows.

But let’s leave crime solving for now and look at something a little closer to our hearts. First there was Buffy the Vampire Slayer (1996-2003), and then there was Angel (1999-2004), a true spinoff in the original sense. Angel was obviously a popular enough character in the original series to anchor a series of his own. But I’d also like to point out that after the first few seasons there really wasn’t anything more to do with his character if he’d stayed in Sunnydale. There’s only so much “doomed love affair” an audience can tolerate. Angel had to go, and a spinoff was the best possible outcome for him.

Is Torchwood a spinoff of Dr. Who? Sure. Is there a character who could be spun off from Firefly? Surely there must be. I hear there might be a spinoff from Supernatural . . . .

Violette Malan is the author of the Dhulyn and Parno series of sword and sorcery adventures, as well as the Mirror Lands series of primary world fantasies. As VM Escalada, she writes the Faraman Prophecy series. Book Two, Gift of Griffins, is out next week. Find Violette on Facebook and follow her on Twitter @VioletteMalan.

One of the neatest spinoffs ever was Lou Grant, where a supporting character in a comedy moved on to become the lead character in a drama. I don’t know if that’s a feat that was ever successfully done before – or since.

Thomas: How could I forget Lou Grant? I was probably focussing too hard on comedy to comedy and drama to drama. I think you’re right, this may be the only example of the combination of the two.

Was Trapper John, MD, spun off from M*A*S*H?

There are also situations like the original Bionic Woman where the character being spun off isn’t a recurring member of the original series, but was introduced either as just a standalone guest star, or possibly even as a deliberate quasi-pilot for a potential spinoff series — Supernatural tried this a few years ago with a mostly Sam & Dean-free, mostly standalone, mostly terrible episode about vampires in Chicago or something; but it never went anywhere. More recently, I think Supernatural was going to try to spin Jo and several of the other female recurring characters off into their own show, but I think that effort kind of fizzled?

Oh, and Doctor Who also led to the Sarah Jane Adventures.

Joe: the funny thing is, when I was telling my husband what I was saying in this post the first thing he asked was your question about Trapper John. I think the answer has to be both yes and no. It is the same character, but not the same actor. So, not a spin off in the traditional sense, and yet, what else is there?

I think the Bionic Woman would count as the same kind of spinoff as CSI, or NCIS, not organic, more contrived.

Doh! I just thought of another Lou-Grant like switch from a comedic supporting character to a leading dramatic one – Better Call Saul.

To add my two cents – there was a true spinoff from Happy Days called Joanie Loves Chachi and a couple of try out shows. One was called Blanksies Beauties and was more related to L&S and the other was called Out of the Blue which had a crossover with Mork and Mindy. Gary Marshall also cast a lot of the same actors in his spinoffs too.

Thomas: somehow I never thought of Breaking Bad itself as a comedy, though I agree that Saul might be considered a comedic character

EdF: My husband also reminded me about Joanie Loves Chachi, which I had for some reason blanked from my mind. I have to say that I never heard of either of the other two shows.

I did remember, however, that M*A*S*H the TV series also had a spinoff, After M*A*S*H, which followed Colonel Potter into private practice.

Just as I was writing this I remembered that The Golden Girls had a spinoff. When I looked it up, I found that, like All in the Family, it had three.

Weirdness about ‘Trapper John, M.D.’: Legally, it’s a spinoff of the Robert Altman movie ‘MASH,’ not the TV series ‘M*A*S*H.’ This was decided in a court case when the issue of royalties came up. So Pernell Roberts isn’t playing an older Wayne Rogers, he’s playing an older Elliot Gould.

I always found it odd that, besides serving in the Korean War, the Pernell Roberts version of Trapper John seems to have nothing at all in common with other portrayals of the character. Using the name ‘Trapper John’ just struck me as a cheap gimmick to attract viewers.

Le Samourai: That helps clear things up. I think you’re right about the gimmick, and perhaps that explains why the show didn’t last.