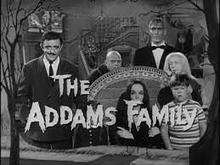 In my last couple of posts I’ve looked at TV to TV remakes, and film to TV remakes. It’s reasonably easy to judge the “success” of these endeavours by the number of seasons a TV series lasts. It’s not that easy when the remake is a film, and the original material is a TV program. Sometimes what we have is a true remake, in the sense that the movie stands alone, recreating the circumstances or premise of the TV series. However, we also have films which aren’t remakes as such, but rather continuations of story arcs that began on television.

In the true remake category, we often see a classic TV show that was either very popular in its day, or that developed a cult following film producers felt would generate a hefty audience for a remake as a movie. Cynics will say that these producers are usually motivated by financial considerations, not nostalgic ones, but surely that couldn’t always be the case? 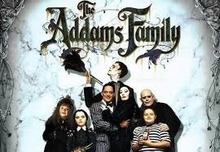 If we judge the success of a TV series by number of seasons, we could judge the success of a movie by whether it has a sequel. In this The Addams Family might be in a category of its own, as it’s been remade as an animated TV show, a live-action TV show, a live-action movie, and I believe there’s now an animated movie in the works. Safe to say, I think, that this is a successful idea. It may even qualify as a franchise (see my next post). 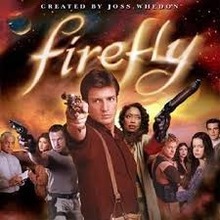 As I said, it can also happen that the story arc of a TV series wasn’t finished, so a movie gets made to do that, or to at least satisfy fans on certain points. I’m sure we can all think of series that fit this description, such as Dead Like Me, or Veronica Mars. The most important example for those of us in the Fantasy and SF community, however, is Firefly. If I remember it correctly, the movie Serenity wasn’t intended solely to answer the question “so what happened to these guys?” There was some hope, I believe, of a movie franchise. 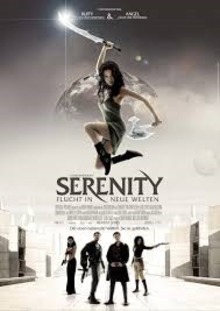 That didn’t happen, but I don’t think any of us should abandon all hope. After all, look at The X-Files. Not only was this show followed by two movies, it also returned to television in the new “short season” format.

I’ll just touch on animated series that became animated movies. The two that come immediately to mind are South Park, and The Simpsons. Since the series are ongoing, I don’t think these are either remakes, or continuations. Rather, I think they’re extended versions of regular episodes.

One more thing: I can hear all of you thinking “But Star Trek!” I’ll be back in a couple of weeks, and we can talk franchises then.

Tangentially related, it sounds like we may actually get a Deadwood movie to finish up the Deadwood TV series. Fingers very, very profanely crossed.

Let’s not forget the Twin Peaks extrusion, Fire Walk With Me, a movie so freakishly bizarre – even by David Lynch standards – that all cultural memory of it was surgically removed from the collective American consciousness during dental anesthesia.

Sadly you were correct about the Rocky and Bullwinkle movie from 2000 with Piper Perabo and even Robert De Niro couldn’t save it. I couldn’t even get my daughter to come with me to it and my had had enough of me chasing my childhood. The les said about the Garfield movies the better. My wife did however gladly go see Godzilla (the USA version-both of them.)

To Joe: I loved Deadwood, and I wouldn’t mind a movie at all.

To Thomas: I don’t know why I forgot all about Twin Peaks – but I have been to the dentist recently.

To Allard: so for once the rumour mill had it right. Thanks for confirming what I’d heard.

To Steven: I’m familiar with the movies, of course, but I’m not sure whether I remember the TV show or not. My husband claims he does, but you couldn’t prove it by me. This might be evidence that some things work better on the big screen – and vice versa.