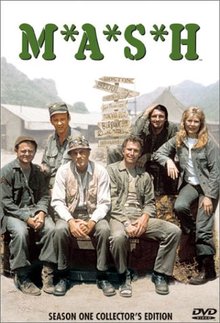 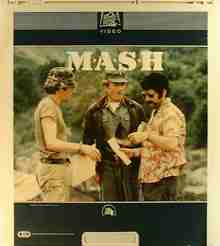 The most successful series made from a movie has to be M*A*S*H (1972) remade from the movie of the same name that came out in 1970. If I remember correctly, the series – based on the exploits of a mobile army surgical hospital during the Korean war – ran for 10 seasons, or 8 years longer than the actual war. This series was so popular it’s still in reruns on regular network television. After the first couple of seasons it didn’t bear much more than a casual resemblance to the original film, but that’s not really the point. It was a successful transformation. 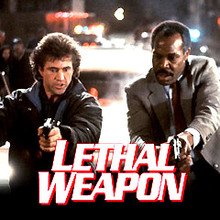 More recently, the film Lethal Weapon has been made into a TV series, and will apparently have a second season. It hasn’t been on long enough to rival any other series, let alone another remake, but I have to say that after giving it my usual minimum of 3 episodes, I had to give it a miss. The re-imagining was successful, relocating of the characters, tweaking of the back stories, etc. but the lead never seemed to find his groove. Maybe it got better, I don’t know, I’m pretty much a 3- strikes-you’re-out kind of viewer. In the film version, at least the first one, Riggs was much more believable as a person depressed to the point of suicide. 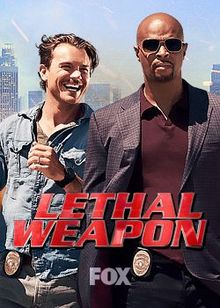 Touching on the iconic characters I mentioned from last time, I know of at least three TV series featuring Sherlock Holmes, one with Tarzan, and two with Robin Hood – how could I have missed Robin Hood as an iconic character who frequently reappears in remakes?

Other current remakes – all from previous series – appear more promising, at least from the point of view of multiple seasons. Unfortunately, I can’t say much from personal experience. I didn’t watch Hawaii Five-O when it first aired, so I had no interest in watching the second incarnation. It’s been running for a while, though, so it seems to have some legs of its own. 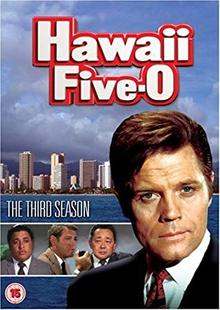 I didn’t watch MacGiver first time around either, but it’s become so much an iconic character in itself, that I gave the new version a try. I don’t think I made it through the first episode. I also didn’t watch SWAT the first time around, and I have no interest in watching it now. I do find it interesting, however, that most of these remakes centre around law enforcement in one way or another.

On a different note, there’s been a remake of a sitcom, One Day at a Time. Is this unusual? I can’t think of another sitcom that’s been remade. I did watch the original, but I haven’t seen anything of the new one. Nothing against it (obviously, since I’ve never seen it) it’s just not my kind of show anymore. 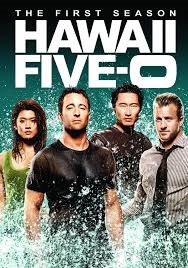 It’s not a remake technically, since it isn’t based on the first series, but I’d like to at least nod in the direction of Flash. I can’t seem to find confirmation, but I believe the character of Barry’s father is played by the actor who played Flash in the first incarnation.

I also wanted to mention one movie remake I forgot about last time, Murder on the Orient Express. Kenneth Branagh did an excellent job as usual, both in his reimagining of the story, and in his portrayal of Poirot. Is it better than the first one with Albert Finney? Each has their own special touches, and I’d re-watch either of them. If David Suchet is the perfect Poirot on TV, Branagh and Albert Finny come close, each in their own way, to the perfect film Poirot.

Of course, there are TV series that have been remade as movies, but I’m going to look at that another time.

Yes, the actor who played Barry’s father on the current version of The Flash, John Wesley Shipp, played Barry Allen in the 1990s The Flash. They also had Mark Hamill play the role of the Trickster in both series and Amanda Pays, who played Christina McGee in the 90s show plays the same role in the new version.

Possibly my current personal favorite is the TV series Fargo, which adapts the broad description of the movie (people from mostly small-town Minnesota who aren’t nearly as smart as they think they are get involved with low-level crime and/or grifting, and things go terribly, terribly wrong) if not any of the actual characters.

Steven; thanks for confirming that for me, I couldn’t think of the actor’s name and somehow didn’t see it on the cast list in IMDB. I didn’t know about Hamill or Pays, but I’m happy to find out. That’s the kind of detail that tickles me.

Joe, I actually had Fargo on my list and somehow forgot it! Thanks for bringing it up. I wondered if the TV Fargo was a spinoff (from a movie yet) or even a franchise, rather than a remake. As you point out, setting and theme is what it has in common with the original. And with each season being a different story, even more so.

I’m quite unenthused for “Re-Makes”…

It’s like the novel “Random Acts of Senseless Violence” by Jack Womack – the beginning plot where the protaganist’s father slides from upper middle class to lower working class – It’s a near future (coming true!) America with a sliding to oblivion society and economy, mostly from a gradual vacuum of wealth to the elites who hoard it.

Movies are no longer made – they stop making movies and just “Re-Release” classics. Thus the protagonist’s father, a scriptwriter, can’t get work anymore.

But whoop, dee, dee… Amazing, isn’t it, how Real Life can throw things at you that you woudln’t dare put out in fiction?

In RL, we gots the movie and tv producers just sitting on existing properties – BUT – they spend way more than the original to re-make dry, surface only, re-dos of past classics. And they suck. And they just keep doing it, no one can get a word in to Smithers and Mr. Burns that there’s something wrong with the picture.

What really gets my goat is how this site – mainly for writers and fans of said classics – seems to launch post after post in favor of stuff like this. I’d expect vehement hatred of this, de-construction of the rotten re-do’s and tips and feedback on organizing boycotts.

Really, coz, like in the novel – if they just do a xerox with the same plot/script – they don’t need a good writer to do anything. The re-makes are sure “hack” work – at best, no?

Heh, if any of the producers read this – how bout this –

Just get the rights to “Sledgehammer” if you want a “Cop Show” or “Wizards and Warriors” if you want fantasy… Get the budget for production and promotion. Get an experienced person to run the show. THEN – LEAVE. HIM. ALONE…. Anyone in said industry is essentially doing his resume for his career and next show with each and every performance. The reason we have those “Classics” were that – in better times – the studios just threw money at it and hired/fired/continued based on ratings. Buy it, fund it, then leave them alone for a season. You’ll get a good re-make, probably better than the original – that’s how they re-did My Little Pony and it was far FAR more successful and popular.

Please – do “Sledgehammer” or “Wizards and Warriors” or even “Maytrix” (not the computer cyberpunk one) – and get the team, the funding, leave them alone… Try it. You’ll end up with a modern cult classic that is lucrative, like the MLP thing.

GreenGestalt: Ah, if only we could wave a magic wand and make stupid people smart, or even clever. Then undoubtedly all these stupid, stodgy, inelegant, money-wasting unsuccessful remakes would stop. Unfortunately, that’s not going to happen. Why haven’t the powers that be already learned that there is no such thing as a “built in” audience, or a sure-fire success? That no matter how popular something was in its first iteration, there’s no guarantee that lightning will strike again? I don’t want to keep repeating the word stupid, so I’ll be kinder and use unimaginative, or perhaps cowardly.

I don’t think you’d get much of an argument from anyone who participates on this site that there’s a plethora of crappy remakes and a dearth of original ideas/programming out there. To call most remakes “crap” is, all too often, to damn with faint praise. But all that doesn’t mean there aren’t decent, well-made, even “better than the original” remakes out there.