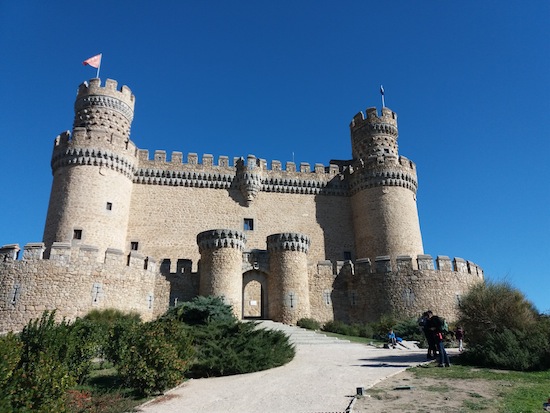 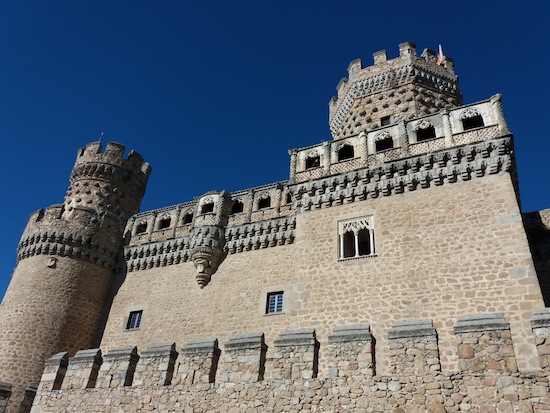 The castle then went through a long period of decline. It was used as a storehouse for a time, and during the Spanish Civil War (1936-39) served as a school and a cinema. It has also featured in several Spanish films.

Now it has been fully restored as a heritage site. The interior has been decorated with 17th century Flemish tapestries, period Spanish furniture, and a small museum tells of the history of the castle. 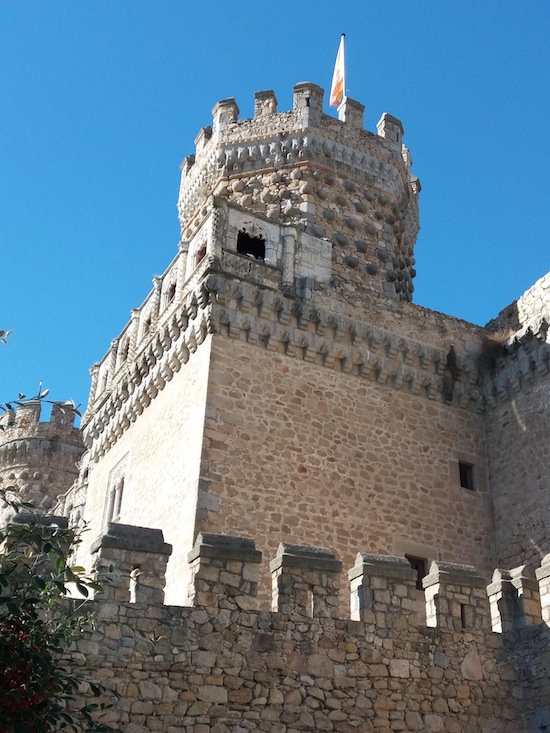 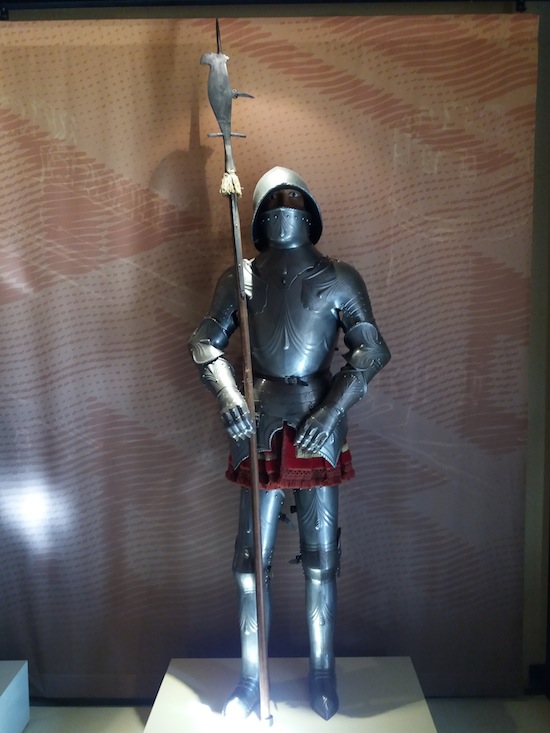 This fellow greets you as you come in. Can anyone name the type of polearm?

The bus to Manzanares el Real takes about an hour from Madrid and makes for a good day trip. Don’t forget to pop into the medieval church of Nuestra Señora de las Nieves (pictured below). Also check out the old 15th century fort down the street, which is little more than foundations thanks to being used as raw material for the new castle. It does give a good idea of the basic layout, though. Plus there are some nice local restaurants.

Like Spanish castles? Check out part one, part two, and part three of the series! 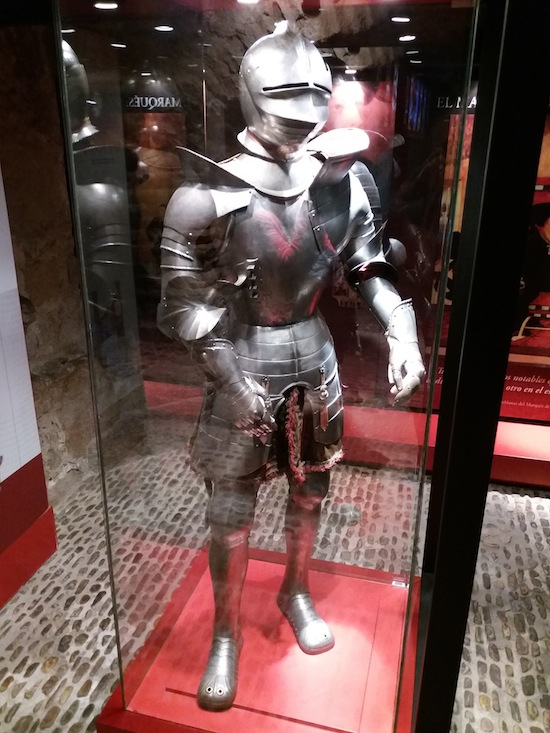 Some jousting armor. Sadly, none of the suits of armor have descriptive labels. 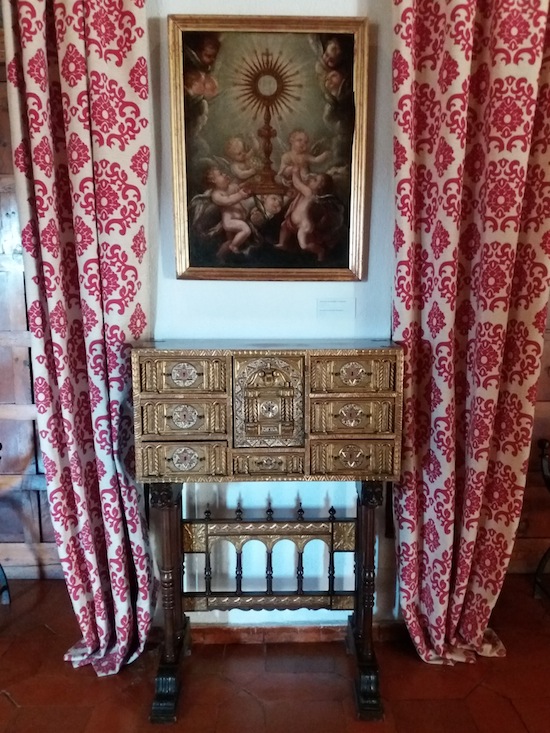 I wouldn’t mind this in my living room. A bit old fashioned, but nice. 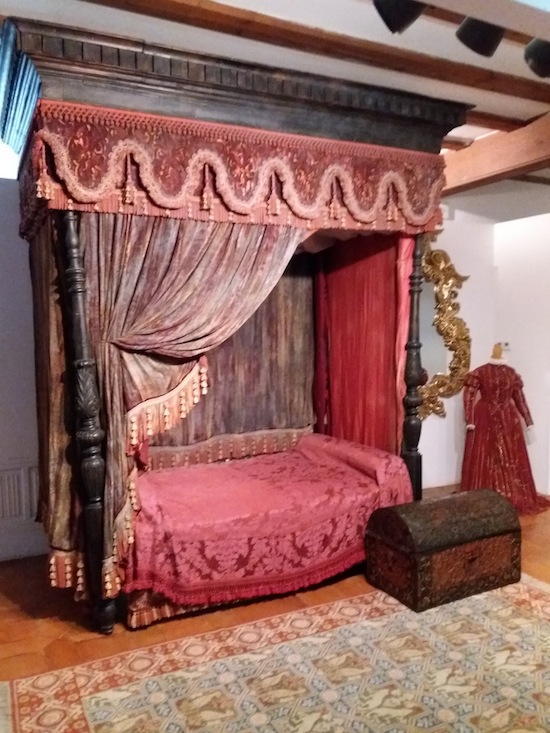 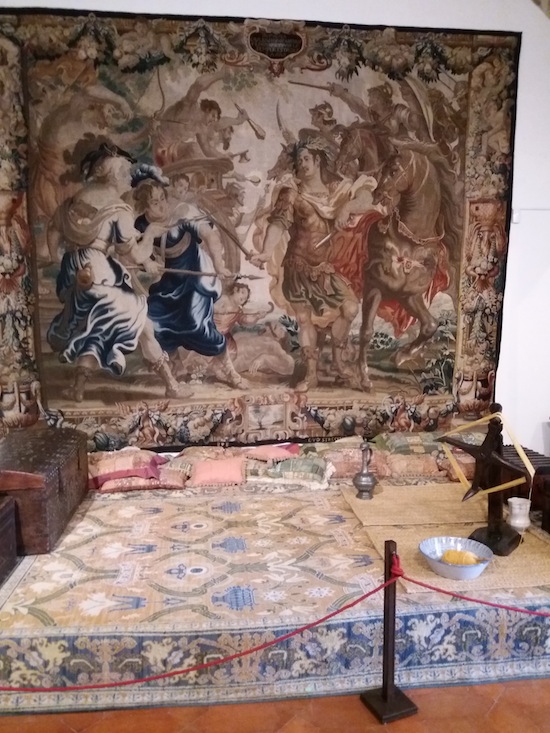 The women’s quarters have this platform for
sitting and working. It shows the Moorish influence. 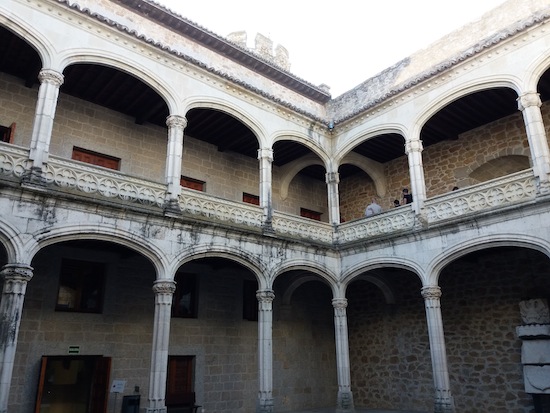 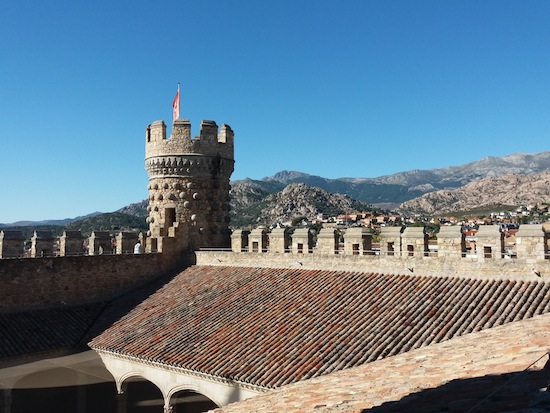 Those rocky hills beyond, known as La Pedriza, are a popular place for hikes 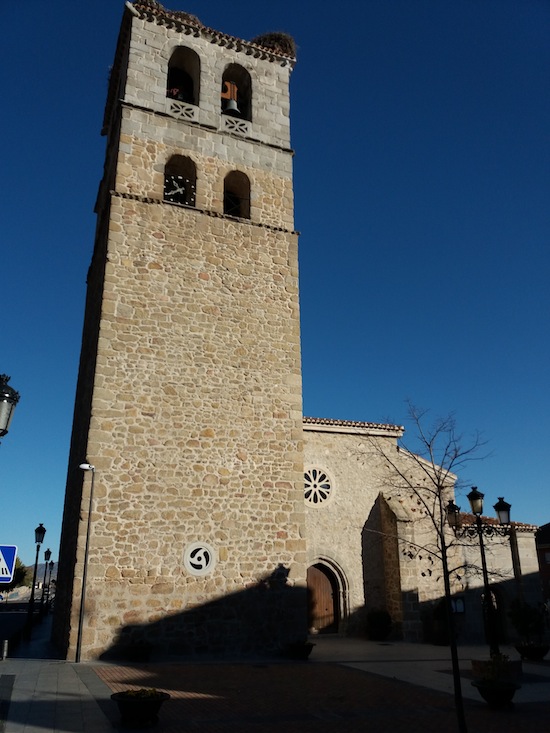 The 14th century Iglesia Nuestra Señora de las Nieves (Our lady of the Snows)
stands just down the road from the castle. Sadly, its interior is very plain.