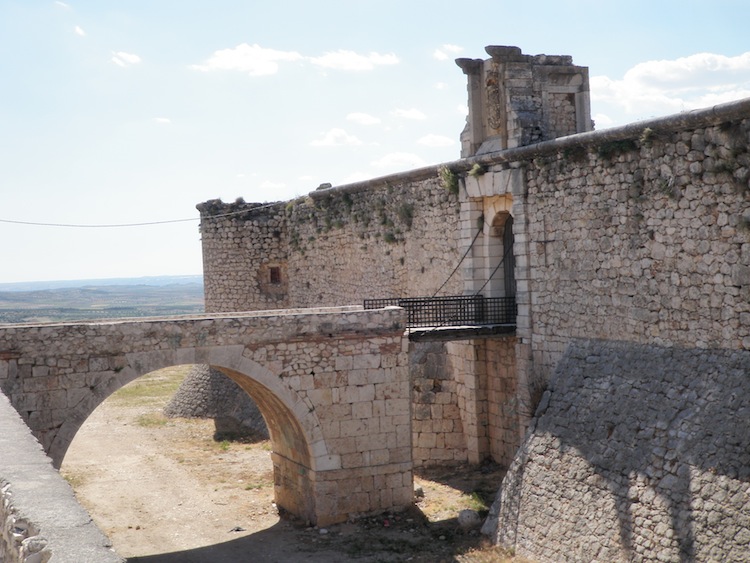 In part one of this series we looked at the Alcázar in Segovia. Now we’re going to look at another Spanish castle that makes for an easy day trip from Madrid. This one is one of my favorites. It’s in Chinchón, about 50km from the Spanish capital on a a regular bus route. 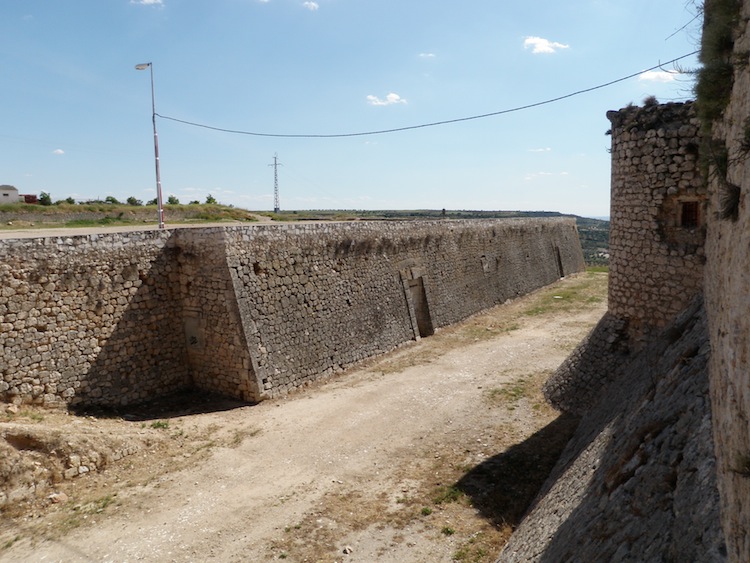 This castle is a replacement for one destroyed by an artillery bombardment in 1521. The designers of this new castle, built between 1590 and 1598, kept the artillery threat in mind. Note that the bottom part of the wall is sloped with a glacis and the towers are rounded to deflect cannonballs. There’s also a drawbridge to stop people from charging inside. If the drawbridge is up, attackers are forced to go through crossfire in this killing zone. 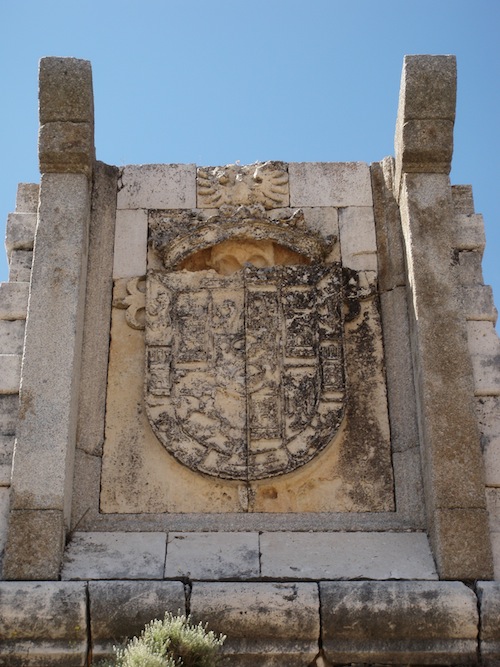 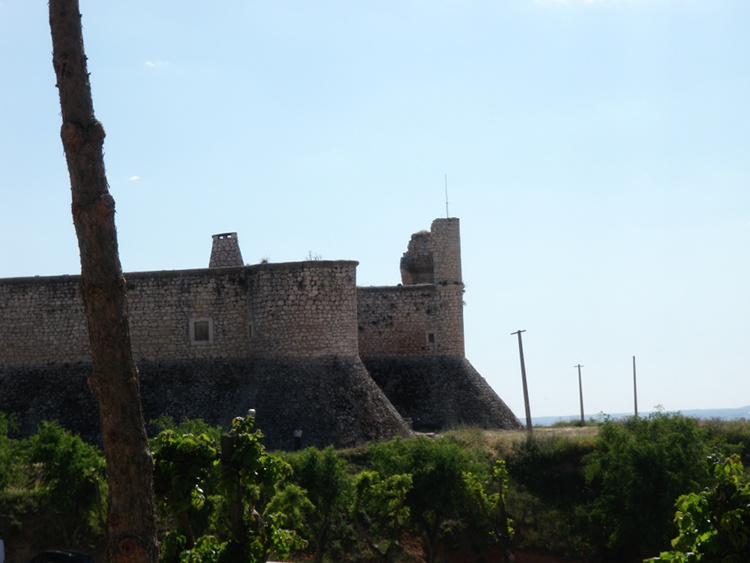 The castle was damaged again at the beginning of the 18th century, during the War of Spanish Succession, and again in 1808 during the Napoleonic Wars. In the latter incident, the townspeople ambushed the occupying French forces and killed four soldiers. Two days later, the French came back with reinforcements, including a Polish Brigade that set off a giant explosion inside the castle. They also destroyed much of the village and killed 86 villagers.

Stayed tuned for more Spanish castles! You’ll have to wait a couple of weeks, though. I’m off to present at a history festival in Gorizia, Italy, and then I’ll be spending a week traveling around Slovenia. You’ll be getting some photos of those trips too.

Sean McLachlan worked for ten years as an archaeologist in Israel, Cyprus, Bulgaria, and the U.S before becoming a full-time writer specializing in history and travel. He’s the author of numerous history books on the Middle Ages, the Civil War, and the Wild West. He is also the author of A Fine Likeness, a horror novel set in Civil War Missouri; and The Night the Nazis Came to Dinner and other dark tales.

Hadn’t seen this one yet, Sean, though I knew of it. We’ll definitely take it in on our trip next year.