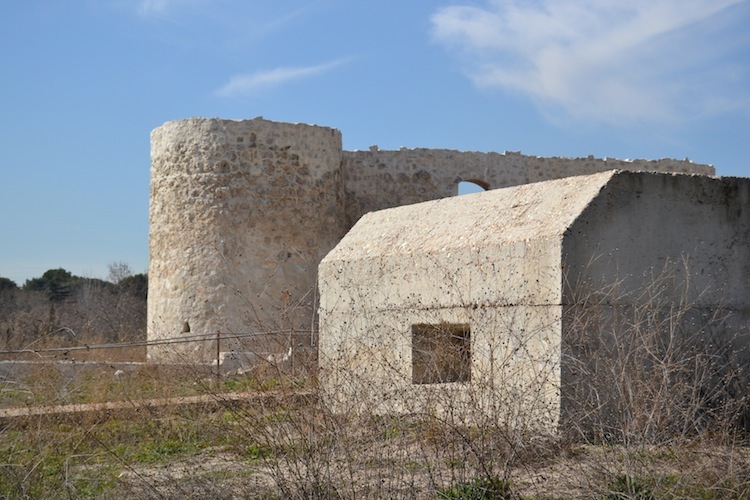 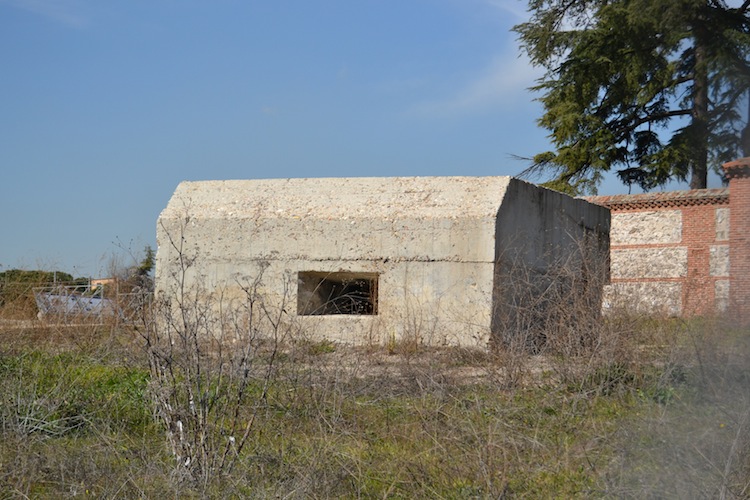 Madrid was at the front line for much of the war, besieged by Fascist forces and defended by Republican forces made up of Communists, Socialists, liberals, and many foreign volunteers. You can find bunkers all around the outskirts of Madrid.

The castle and bunker are about forty minutes from central Madrid at Metro stop Alameda de Osuna. I haven’t visited for two years and at that time restoration was ongoing. Given the current financial crisis, I’m not sure how much was ever completed. Has anyone out there visited more recently? 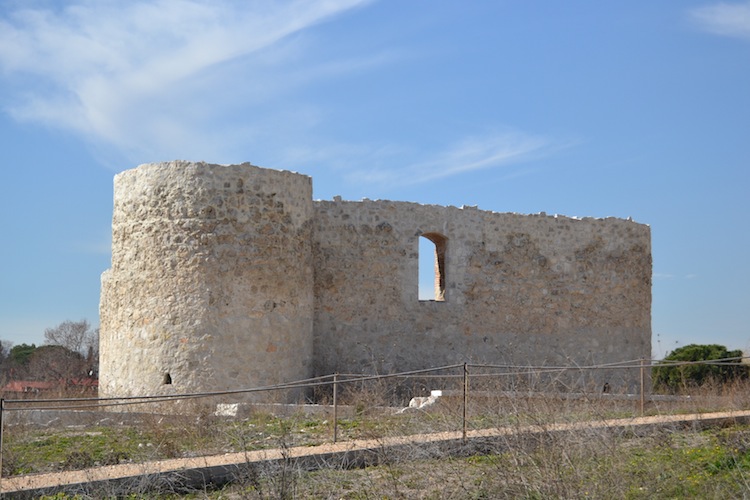 Another example of a castle used in the Spanish Civil War is El Castillo de Aulencia, located at the confluence of the Aulencia and Guadarrama rivers about 15 miles west of central Madrid. It was the stronghold of the Arab governor of the region back in the Middle Ages. In the fourteenth century, it was taken by the Spanish in their ongoing bid to push the Moors out of Spain, something they eventually succeeded in doing in 1492. Most of the castle dates to the Spanish period, with the surrounding walls having been built in the fifteenth century. 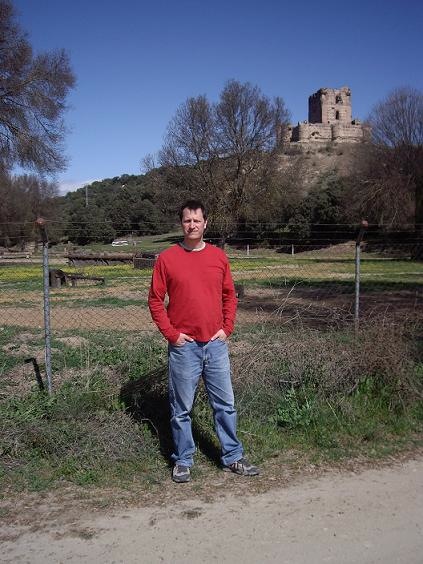 While there’s no bunker here, the castle saw action in the 1937 Battle of Brunete during the Spanish Civil War. A group of Russian volunteers fighting for the Republicans held the castle and its commanding position. The Fascists, of course, bombarded them and the castle suffered as a result. Sadly, this castle is not open to the public, so you just have to admire it from afar. Here’s yours truly doing just that.

I have a friend who lives nearby and when gardening one day, he discovered an old land mine. It had rusted through and hadn’t been dangerous for years, but it’s still not the sort of thing someone wants to find in his garden! 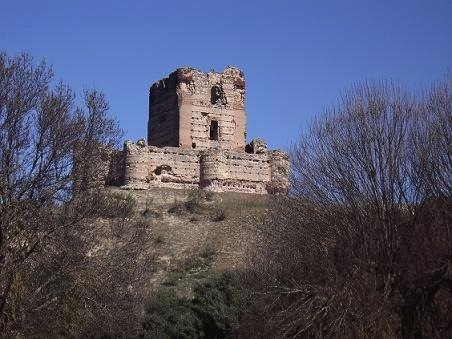 Sean McLachlan worked for ten years as an archaeologist in Israel, Cyprus, Bulgaria, and the U.S. before becoming a full-time writer specializing in history and travel. He’s the author of numerous history books on the Middle Ages, the Civil War, and the Wild West. He is also the author of A Fine Likeness, a horror novel set in Civil War Missouri; and The Night the Nazis Came to Dinner and other dark tales. His fantasy novella The Quintessence of Absence was published by Black gate and is available as a free ebook from Smashwords.

[…] be coming up soon. In the meantime, you might like my posts on Exploring Medieval Baghdad and my Spanish Castle Magic […]

[…] more posts on Spain, check out my Spanish Castle Magic […]