NOTE: The following article was first published on June 6, 2010. Thank you to John O’Neill for agreeing to reprint these early articles so they are archived at Black Gate which has been my home for nearly 6 years and 270 articles now. Thank you to Deuce Richardson without whom I never would have found my way. Minor editorial changes have been made in some cases to the original text. 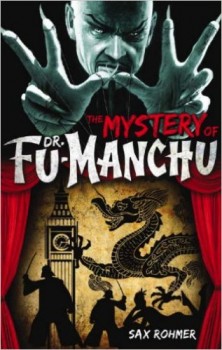 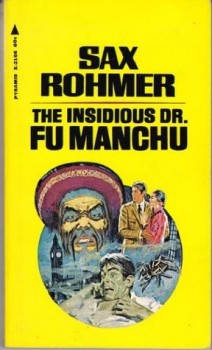 “Andaman — Second!” was the seventh installment of Sax Rohmer’s serial, Fu-Manchu first published in The Story-Teller in April 1913. The story would later comprise Chapters 18-20 of the novel, The Mystery of Dr. Fu-Manchu (originally re-titled The Insidious Dr. Fu-Manchu for U.S. publication). Rohmer returned the series to its Holmesian roots by mining Sir Arthur Conan Doyle’s “The Adventure of the Bruce-Partington Plans” for inspiration. Conan Doyle’s case concerns stolen submarine plans taken from Cadogan West while Rohmer’s story involves stolen aero-torpedo plans taken from Norris West. “The Adventure of the Bruce-Partington Plans” was published in 1912, just a few months before Rohmer wrote “Andaman — Second!” and shows that Sherlock Holmes was still very much a model for the Fu-Manchu series at this early stage.

The story starts out with Dr. Petrie in the final throes of fighting his feelings for Karamaneh. He tries telling himself that slavery in the 20th Century is an impossibility, but he cannot doubt Karamaneh’s account of her tragic life of bondage and enforced servitude. Try as he might to convince himself that she is too foreign to his values and culture and that she has been jaded and corrupted by her life and experiences, he cannot deny his heart. The reader’s expectation at this point is that Rohmer will bring the two lovers together once Petrie wins her freedom from Dr. Fu-Manchu. Of course, it is worth remembering that Rohmer delights in breaking with tradition. Happy Endings are never assured in his fiction.

Following this introspective beginning, Rohmer moves the plot into high gear by having Nayland Smith conduct Petrie to a Limehouse storefront which is a literal front for an Oriental nightclub. Rohmer’s prose is rushed at this point and it takes a bit for the reader to learn that Smith and Petrie are disguised as Turks complete with fez and make-up to darken Petrie’s complexion. The setting is enjoyable, although under-written, as Rohmer gives us an enticing conglomeration of foreign cultures. Petrie marvels at Smith’s ability to speak dozens of foreign languages like a native and he is apparently convincing enough to gain entry to the nightclub with its African, Arab, Egyptian, Greek, Turkish, and Chinese clientele. No sooner are our heroes seated at a table, then they spy Karamaneh and the chase is on with only Karamaneh’s voice giving a cryptic warning of “Andaman—Second” to Petrie to serve as a clue. 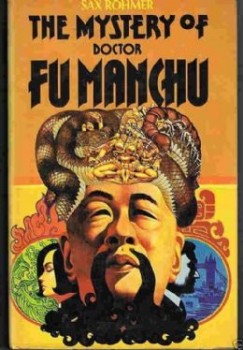 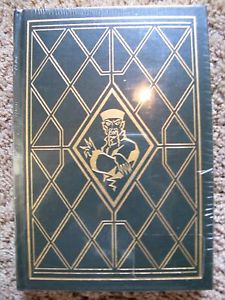 Smith and Inspector Weymouth are both quite slow to puzzle out what “Andaman—Second” may refer to, but they have the distraction of the theft of Norris West’s aero-torpedo plans by Chinese agents that same night to occupy them. The story quickly shifts to West’s hotel room where the aviator is found heavily drugged with hashish. Rohmer indulges some of his finest psychotropic fantasies here by having West disclose he revealed the combination to the safe where the plans were kept to the Chinese agents and saw the words appear before his face as if they were written in the air. As he did previously with DeQuincey’s Confessions of an Opium-Eater, Rohmer is quick to have his characters cite authors and works to lend credence to his fanciful claims – in this instance he has Smith and Petrie discuss Bayard Taylor’s The Land of the Saracen and Moreau’s Hashish Hallucinations to confirm Norris West’s incredible experiences under the influence of the drug.

Somewhere along the way the truth has dawned on Smith and he reveals to Petrie that the Andaman is a ship of the Oriental Navigation Company about to leave London en route to China. The race is on to the docks. If the veteran mystery reader expects an unmasking and retrieval of the stolen aero-torpedo plans, Rohmer is determined to confound their expectations. Smith and Petrie board the ship and prepare to search the passengers. They turn up nothing. As the Andaman sets sail, they hear the disembodied voice of Dr. Fu-Manchu remark, “Another victory for China, Mr. Smith.” Much like the disembodied warning from an unseen Karamaneh of “Andaman—Second!” at the outset of the story, this similar ending coupled with Norris West’s peculiar viewing of his own words emerging from his mouth and written in the air in front of him, leaves the reader with a greater sense of fantasy and the Music Hall tradition of theatrical Oriental magicians than rational criminal investigations.

The story is diverting enough, but Rohmer has little here to advance the plot. “Andaman—Second!” stands as a marking time story and little else. The reader is left eager to reach a resolution with Fu-Manchu dead or behind bars and Karamaneh united with Dr. Petrie at last. American and British readers in 1913 had every reason to expect a traditional ending to the serial. They were also bound to have their expectations shattered by an ambitious young thriller writer determined to make a name for himself with his first published novel.

I have a nostalgia for Sax Rohmer being a teenager when Pyramid was doing the second batch of covers for the paperbacks in the 9160s. I started with The Mask of Fu Manchu which to be honest bored me. I had been expecting non-stop action and death traps galore. Next up was Return of Doctor Fu Manchu and THAT sealed the deal. Thereafter it was hit or miss in the series missing President Fu Manchu for years when I decided to chase another part of my childhood and local dealer (Bookery Fantasy in Fairborn Ohio had them all. Still waiting for the news that Black Coat is finally printing Triumph so I can add that to the collection. As to Rohmer was glad he more or less wrapped up the series and Marvel’s Master of Kung Fu I enjoyed their version of him quite well. Can’t stand the Christopher Lee movies. I like your reviews because they are well thought out and not afraid to point out the good and the bad and the weak. Always felt the character of Fu Manchu overcame any plot failings and much can be forgiven a book if the character is interesting.

Thank you for the kind words. Black Coat Press will publish TRIUMPH OF FU MANCHU as soon as the temperamental author delivers the manuscript. He is trying his hardest to make this one better than its predecessors. As for my reviews, I do my best to be objective under the circumstances.

Sir, you’re welcome. It’s a good sign when an author always likes to improve his work. I admire your courage in taking on the task of bringing new stories out for a generation who probably is not as familiar with the Devil Doctor as in the glory days of the 20s and 30s. I was introduced to the character by way of Boris Karloff’s movie and a photo here and there from Famous Monsters of Filmland magazine -and yes-that silly rock song that is probably best left in the dim halls of memory. Favorites of the series are Return and Trail. The anti-Communist era are tolerated but not loved and true confession always had a crush on Fah Lo Suee and Nayland Smith became more and more irritating as the series went on. I always liked Fu Manchu’s calm assurance that He was the best thing that could ever happen to the world–much like Doctor Doom in Fantastic Four.