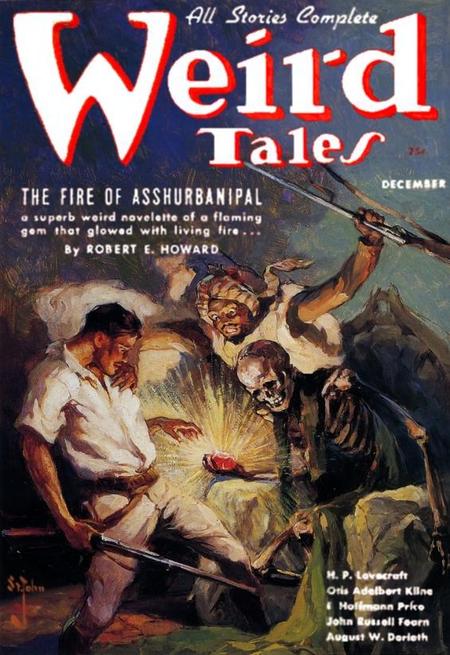 In late December 1935, science fiction author Otto Binder moved from Chicago to NYC to represent Otis Adelbert Kline’s literary agency. Among the authors he represented for Kline’s agency was Robert E. Howard. Binder had been to NYC previously, in late June and early July 1935, with his friends Clifford Kornoelje (better known in SF circles as Jack Darrow) and Bill Dellenback.

As I’ve mentioned before, back in 2001 I bought a few boxes of correspondence from Darrow’s estate, including dozens of letters that Binder had written to Darrow over the course of many decades. In going through them last month, I pulled this one and thought I’d post it today.

Once in NYC, Otto quickly resumed his friendships with Mort Weisinger and Charles Hornig, and rapidly met more figures involved in the local science fiction community. Less than two weeks after he’d arrived, he was invited to a gathering at Frank Belknap Long’s place, which was held on Friday, January 3, 1936. Binder and Long were fellow Weird Tales authors, with Binder and his brother, Earl, having sold WT some stories under their Eando Binder penname.

Among the others at the party were Donald and Howard Wandrei, Kenneth Sterling and, most interestingly of all, H.P. Lovecraft. Lovecraft impressed Binder greatly, as he relates in this letter to Darrow dated January 12, 1936. That would have been some gathering to attend! 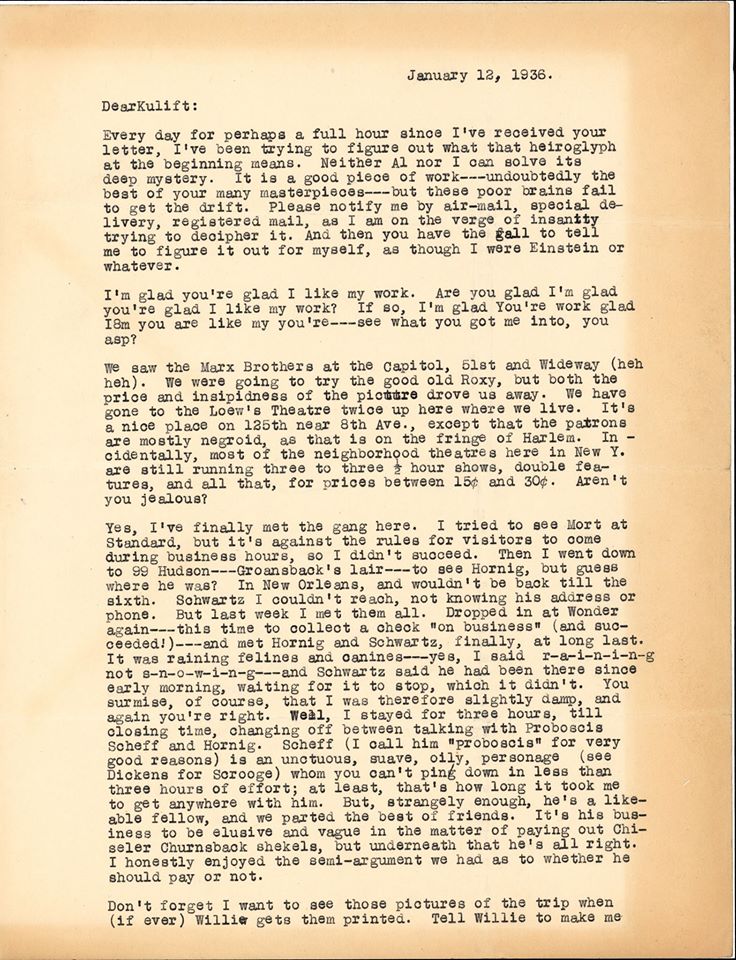 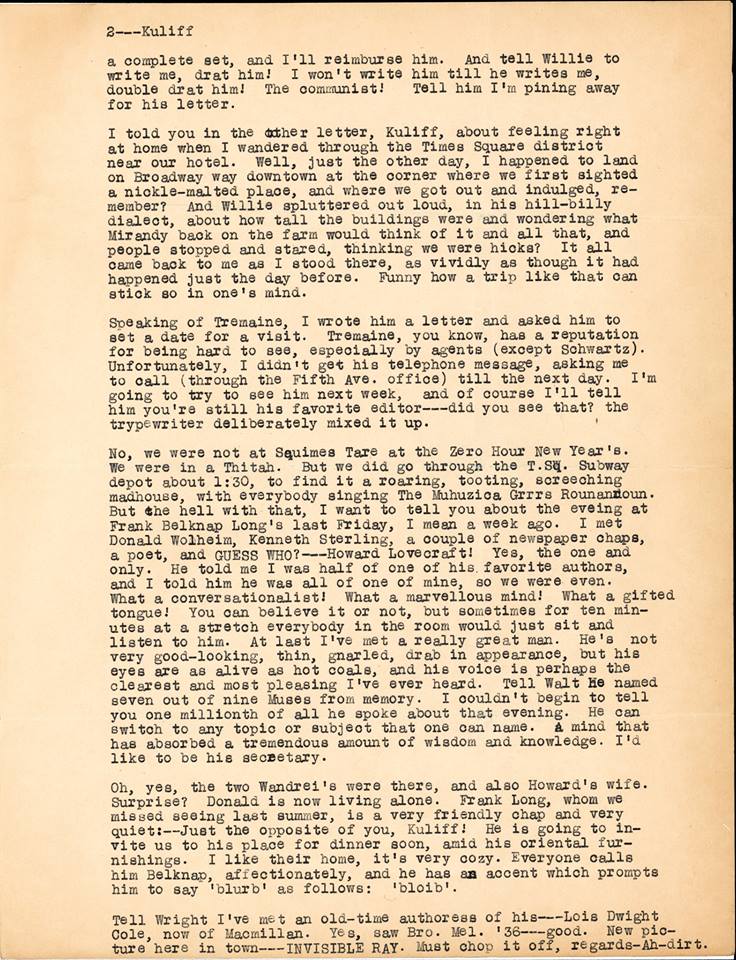 Below I’m posting two letters in which Binder discusses another great Weird Tales author, Robert E. Howard. In 1936, Binder was in NYC, representing Otis Adelbert Kline’s literary agency. REH was a big client of theirs. In the first letter, dated June 7, 1936, from Binder to his brother, Earl (courtesy of Brian Cremins), Binder discusses REH’s sales — and notes a personal habit of Howard’s that I was unaware of! 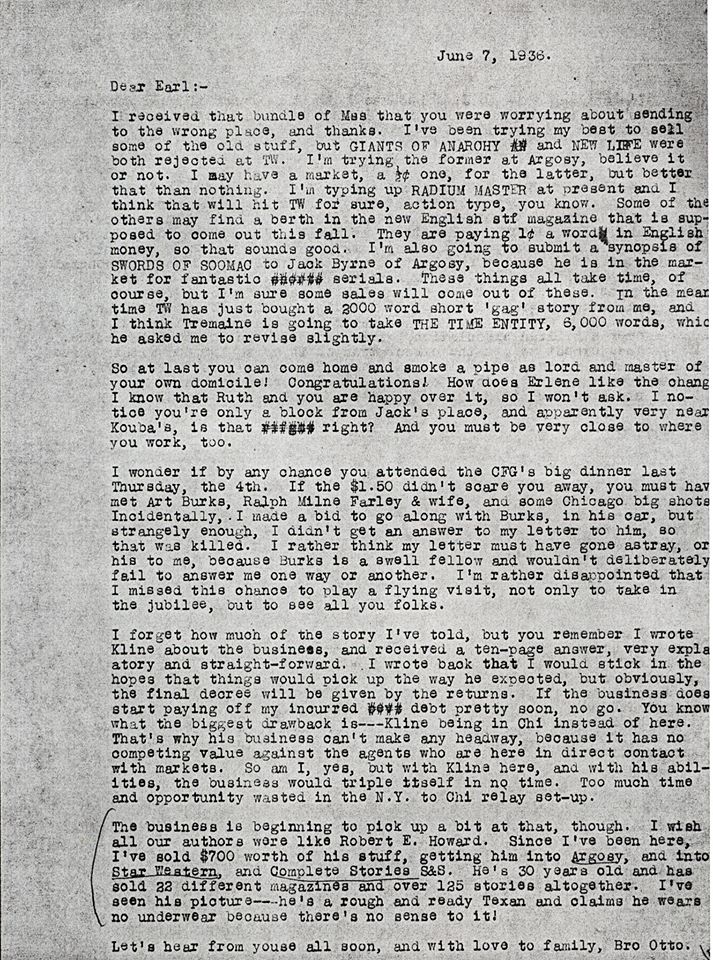 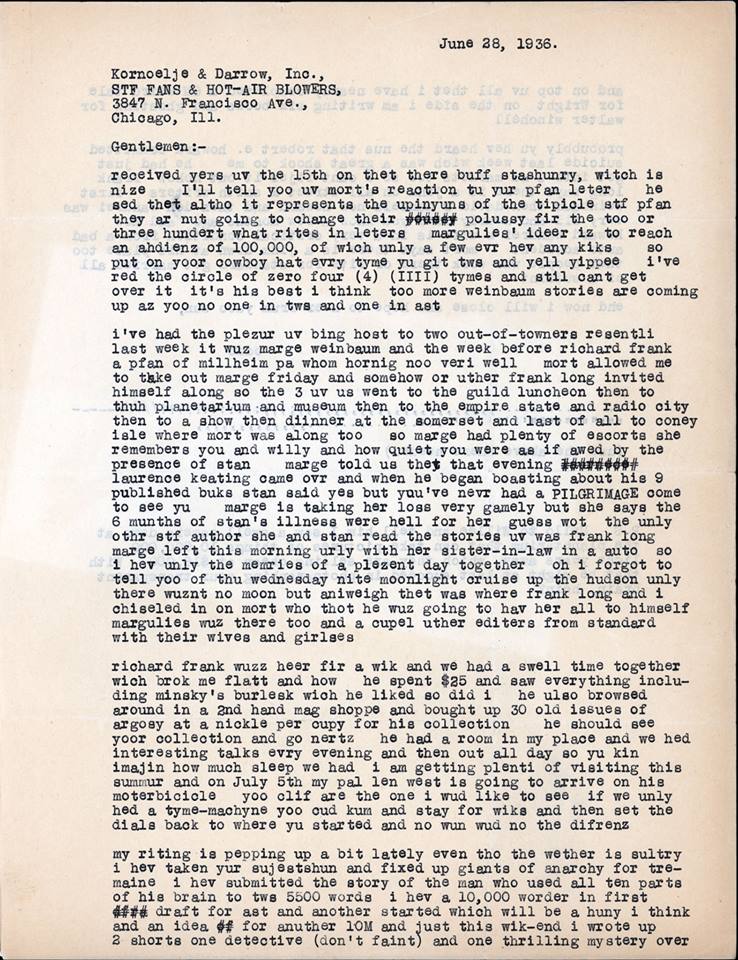 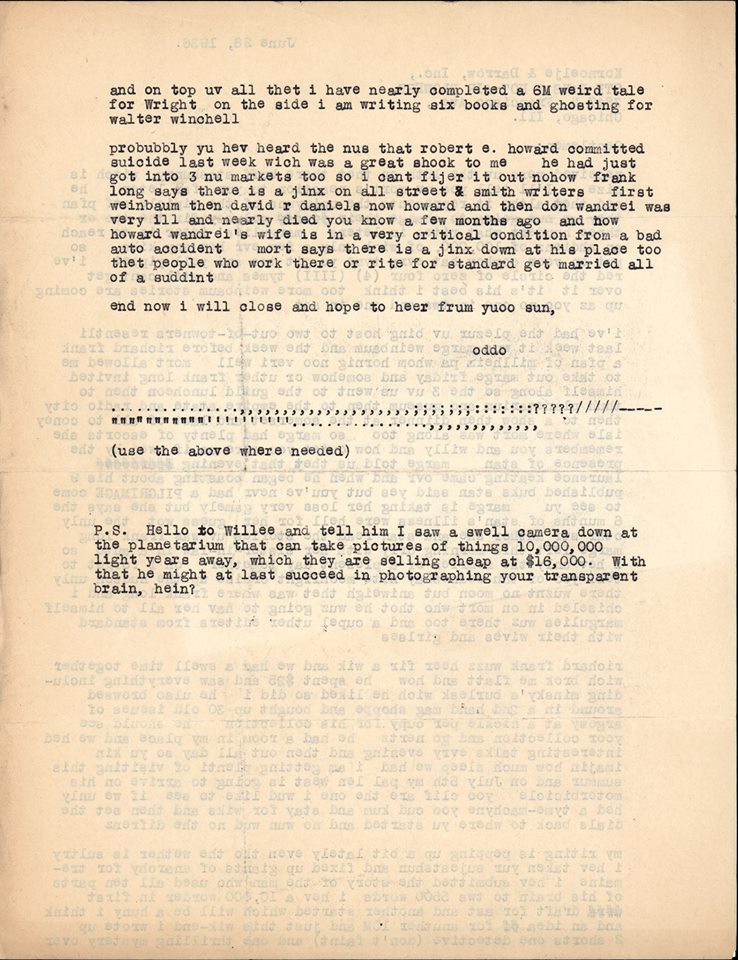 See the previous posts in this series:

These are so insightful and interesting! Thanks for sharing them.

Indeed, really interesting article…and that Weird Tales cover is beautiful. Surprised I haven’t seen it before.

Fascinating stuff! But that (very deliberate) spelling in the final one …!

(And I suppose none of the letters say, “Yaz, I wuz thu won wut completed Almuric.”)