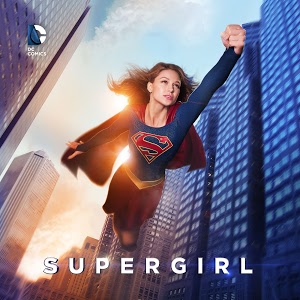 From my point of view, Marvel has been dominating the superhero movie business. Doing my best to raise a better nerd, I’ve showed the best movies to my son (Avengers, Cap, Iron Man I and II, Ant-Man, etc). I’ve heard good things about Agents of SHIELD and Agent Carter, but I’m not sure if I’d enjoy it with no superheroes. So what’s left for Papa + Boy + popcorn movie night?

I’ve been hearing great things about DC TV: Arrow, Flash and Supergirl. Arrow comes with a PG rating and my son hasn’t been desensitized to violence yet, so I parked that one and all the bullet casings used in its filming.

Then I thought: should I start with the Flash or Supergirl?

I knew he would love the Flash. That’s a no-brainer. Even talking about someone who can run faster than the speed of sound is something that gets his heart tripping. But, thought I, if he loves the Flash, what happens when I show him Supergirl? Will he feel it’s a step down?

There’s also a bit of an experiment in sociology in this.

Like most emotionally-mature adults, I thought that the Star Wars Force Awakens policy on no toys for girls was appalling, but a tiny bit of me feared: what if, for some reason toy executives (and TV executives) were right, and that boys won’t like a female lead?

Step 1: As an ex-scientist, my first inclination is to test assumptions, so I said to him one day “Hey buddy, would you like to watch Supergirl with me? It’s a new TV superhero show.”

His reaction? Meh. No thanks. That was a bit interesting, that the name of the show didn’t set his heart beating faster as it would have if I’d offered him the Flash.

Step 2: I said “No problem, I’ll watch it by myself.” So I put on the pilot beside him while he was doing something else.

If this was a clickbait article, I could say “And what happens next will astonish you!” but it’s not really all that astonishing.

After two whole seconds of the opening, he was glued to the screen. I mean, come on. Ten year old boy + superhero TV show = hypnotism.

What is great about Supergirl? Well, she can fly. She’s indestructible. She’s super-strong. And she has heat vision. That right there is the catnip for 10-year olds.

But in her secret identity, Supergirl is also uncertain, failing, growing, striving and hopeful. Kara works in the news industry getting coffee and making appointments for a tough-as-nails Ally McBeal, beside a sculpted model photojournalist named Jimmy Olsen. There are romantic sparks, and pining love triangles.

Kara also has a family. Her sister works at a secret anti-alien spy agency, and her aunt is a Phantom Zone escapee (taking on the dramatic role of the traitorous General Zod).

The spy agency has more secrets, about her past, and about other aliens on Earth, and Supergirl’s rogue’s gallery slowly grows, as does her social circle. The reason I mention tone is that Supergirl is pretty much perfect for popcorn night between father and son (or any parent-child combination that works for your life).

For the hardened comic book reader, trying to figure out who the villains are before they’re announced is a big Easter Egg hunt (unsurprising spoiler: Maxwell Lord plays the dramatic role of Lex Luthor in Supergirl).

But really, it’s just super-fun to watch together and then wait for the questions, about motivations, relationships, and second-guessing what the superhero or supervillain ought to have done. As a father, it’s also fun to see how much he’s aware of which characters are crushing on each other.

I can comfortably say that as good as Marvel is doing movies, DC is doing TV. Between Supergirl, The Flash, and the new DC’s Legends of Tomorrow, we have a lot of fun superhero TV to share. And if DC does more TV, we’ll certainly tune in.

Tone-wise, I’m pretty sure I would call this a Young Adult show. The violence and social conflicts are pretty tame, as are some of the problem solutions, thematic messages and villainous plots. I don’t imply that tame is a bad thing either.

Supergirl is in his age wheelhouse right now. My son is only 10 and the Flash is definitely a step up in age group target, with most of the Flash’s inner struggle coming from the murder of his mother and the unjust imprisonment of his father. But we watch Flash too, it’s just that he understands less of it.

But don’t take my word on The Flash. Because this is a conversation about superheroes, I really want to end on a cliff-hanger. This blog post is doing a cross-over with Marie Bilodeau’s, so tune into Black Gate on Friday, February 19th for the exciting conclusion of this conversation, when Marie talks about The Flash!

And, because we want to do more than a cross-over (we want to do an event, maybe we should call it Crisis on Infinite Black Gates?), check out Black Gate on the 26th of February for Violette Malan’s post on Agent Carter!

If you want to check out Supergirl, it airs on CBS on Monday nights, and the show tweets from @supergirlcbs.

Arrow and Flash (and Legend of Tomorrow) are from the same producer who makes Supergirl, but there was some question as to whether there could ever be a crossover between Supergirl and the other three since they are on separate networks.

Don’t know if you’d heard about this yet, but it was announced recently that the Flash will be visiting Supergirl in late March. Speculation I’ve heard is that the Flash will be visiting a separate universe from the Arrow/Flash/Legends universe when he visits Supergirl, helping to explain why crossovers will be rare and why, for example, we never hear about Superman or Supergirl on Flash/Arrow/Legends.

Derek, my experience has been very similar. I’ve really been enjoying Supergirl. And I watch it with my wife, and she says for her it’s just like watching it with a ten-year old, so there’s that.

Overall I give the show a B (especially for its villain-of-the-week format), but the lead actress, Melissa Benoist, is fabulous. She captures the both essential strengths and weaknesses of the character fabulously, and elevates the whole show.

Right now, however, I think the best superhero shows on television are Gotham and Agents of S.H.I.E.L.D. The latter started out a little shaky, but I found it must-watch TV in its second season. Gotham has been great from the get-go.

I think the best superhero series are Gotham and the Arrow. Daredevil is hard to beat as well. I have not seen the SHIELD series yet but my youngest wife binge watched it and loved it. It might be a while before I get back to that one. I’m not sure if they would be good for everyone’s kid. These shows are definitely PG.

This is a dream era we live in with TV. It has never been better and it is almost as if I had programming control with the shows coming out.

We watch both Flash and Supergirl, but Arrow lost us about 2/3 of the way through the first season — too much character manipulation at the service of the plot. John Barrowman almost lured me back, but my husband refused.

Although your son is probably past the ideal age for maximum appreciation, the old Justice League and Justice League Unlimited cartoons can provide a blast of streamlined superhero entertainment that reaches across generations.
While in no way as sophisticated as recent shows, the sheer number of heroes, their conflicting personalities and deep histories, come out with surprising clarity in big, splashy epic stories with glorious cartoon visual grandeur that no live action film could match without a summer blockbuster budget.
I suggested the show to my son as a diversion, but he ended up enraptured.

Allen: Yeah – that’s cool news! I saw some of the twitter chatter on it. My son is very excited (and so am I).

John: I heard Gotham get panned in some podcasts I listen to, so I never checked it out. Maybe I should?

Wild Ape: I watched the first episode of Arrow and liked it and I can see why you put it in the same sentence as Daredevil. Tonewise, it’s a bit old for our family needs – right now I think I’m going to watch superhero TV at the same rate as my son 🙂 And I agree that we’re in the golden age of TV, and many TV industry experts agree. There’s so much smart stuff on!

Violette: Peace in the house is important – lol 🙂

Thanks John H.! I’ll check those out with him 🙂

If I only have room in my life for one more superhero show, which should it be?

My kids are filling their screen-time quota with Minecraft these days, so it doesn’t have to be kid-friendly.

(The only superhero show I’m watching at the moment is Jessica Jones, possibly the least kid-friendly superhero media ever.)

Hi Sarah! I would give your kids more screen time, then watch Supergirl or Flash with them while eating popcorn on the couch 🙂 Both are really good for kids. Supergirl if they are younger 🙂

Derek: My wife and I love Gotham. If memory serves, she’s even said it’s her favorite show a couple of times, though I think that’s recently been replaced with The Expanse.

I wouldn’t go as far as to say it’s my favorite, but it is the only superhero show in my top 9. (To be sure, except for Brooklyn Nine-Nine at number three, all the other shows are pretty much genre shows.)

I second Hocking rec for the old Justice League cartoons, along with The Batman Animated Adventures. The only other cartoon superhero shows that come as close to being as consistently well-written and entertaining are others from the same family (Batman Beyond, Superman) and The Spectacular Spider-Man, which Disney in its wisdom cancelled after two seasons to create a new, much dumber Spider-Man show…

Heck, I think the first movie from the animated batman series, Mask of the Phantasm, is probably the best depiction of Batman on the big screen, including the much ballyhooed recent Batman films. The people behind those editions of the animated series really GOT the best aspects of Batman and his mythology.