I’ve been thrilled to see so many exciting new novellas come out of Tor.com‘s new publishing program, by so many top names in fantasy and SF. Each novella is priced at $2.99 (or $12.99 for the print versions.) Now Tor.com has announced that you can buy discounted bundles of all their novellas published in 2015.

Tor.com Bundle #1 contains all four novellas originally published in September 2015, and is priced at $8.99.

The Sorcerer of the Wildeeps by Kai Ashante Wilson
Witches of Lychford by Paul Cornell
Sunset Mantle by Alter S. Reiss
Binti by Nnedi Okorafor

It was published on January 12th, and is currently available at Amazon and Barnes & Noble. 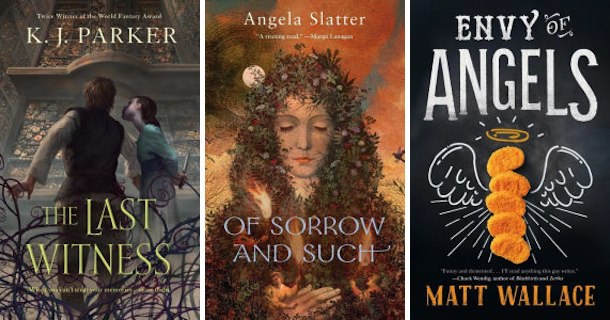 Tor.com Bundle #2 contains all three novellas originally published in October 2015, and is priced at $6.99.

The Last Witness by K. J. Parker
Of Sorrow and Such by Angela Slatter
Envy of Angels by Matt Wallace

It was published on January 19th. 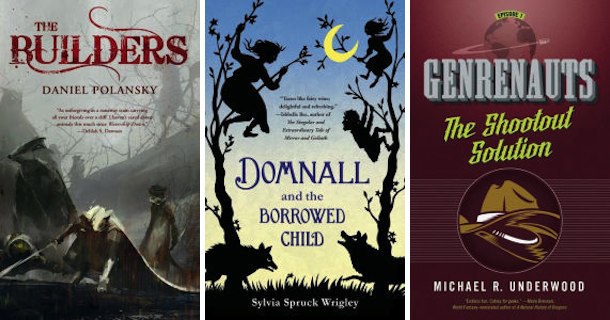 Tor.com Bundle #3 contains all three novellas originally published in November 2015, and is priced at $6.99.

The Builders by Daniel Polansky
Domnall and the Borrowed Child by Sylvia Spruck Wrigley
The Shootout Solution by Michael R. Underwood

It will be available January 26th.

In addition to the ten novellas above, we’ve previously covered several Tor.com novellas announced for 2016.

Tor bundles also available on iBooks, for those that lean that way.

Thanks — I should have checked that. The Tor.com site didn’t mention it.

I’ve read four of the novellas so far — Sorcerer of the Wildeeps, Witches of Lychford, Sunset Mantle and The Builders. All were excellent — Sunset Mantle in particular I’d recommend as a concentrated piece of heroic fantasy.

Thanks for the recs, Joe! I haven’t read Witches of Lychford yet, and I’m very curious about that one. I understand there’s a sequel coming out this year.

Definitely looking forward to a sequel to Lychford. And also to reading many or all of the other novellas — it’s also a great way to try things that are outside of my normal sphere.

Agreed! In the time it takes to read one ho-hum novel, I can try 3-4 Tor.com novellas. It’s a great way to discover new some exciting new writers.