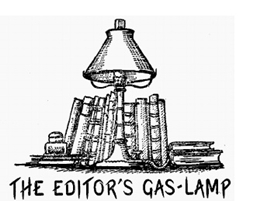 By sheer numbers, Sherlock Holmes is more popular than he has ever been. This is in large part due to the massive success of BBC television’s Sherlock, which is an international sensation. The Robert Downey Jr. movies also contributed to a revival of interest in Holmes before that.

Anecdotal evidence isn’t as good as objective, but it can still be valid. There are Holmes fans that have never actually read any of Sir Arthur Conan Doyle’s sixty stories (the Canon) about the great detective. This used to bother me, but I’ve gotten over it: they’re the ones missing out, and they’re the ones who don’t have real knowledge of the world’s first private consulting detective: just some parody on screen. So I’m good.

There is a VAST body of work that has been written about the Canon; including my own free, online newsletters, Baker Street Essays. As the great Sherlockian, Christopher Morley said, his tongue planted in its accustomed place in his cheek, “Never has so much been written by so many for so few.” 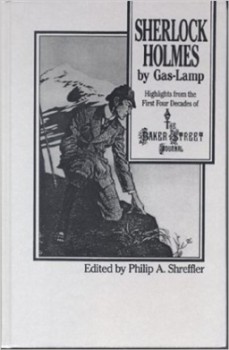 If you only know Holmes from movies and television, it’s highly unlikely you’ve read this body of Sherlockian scholarship (which is another thing to your detriment). One of my favorite books is Sherlock Holmes by Gas-Lamp: Highlights from the First Four Decades of The Baker Street Journal, edited by Phlip A. Shreffler. The BSJ is the official newsletter of The Baker Street Irregulars (BSI). This collection of excellent essays includes works by titans of industries, actors, authors, even a President of the United States!

Edgar W. Smith, Vice-President of General Motors, was the first editor of the Baker Street Journal. And the second issue of the BSJ (April, 1946) contains his essay, “The Implicit Holmes.” Nearly 70 years later, it remains an astute assessment of why we love Sherlock Holmes: now more than ever.

WHAT IS IT that we love in Sherlock Holmes? We love the times in which he lived, of course: the half-remembered, half-forgotten times of snug Victorian illusion, of gas lit comfort and contentment, of perfect dignity and grace. The world was poised precariously in balance, and rude disturbances were coming with the years; but those who moved upon the scene were very sure that all was well: that nothing ever would be any worse nor ever could be any better.

There was no threat to righteousness and justice and the cause of peace on earth except from such as Moriarty and the lesser villains in his train. The cycle of events had come full turn, and the times were ripe for living – and for being lost. It is because their loss was suffered before they had been fully lived that they are times to which our hearts and longings cling.

And we love the place in which the master moved and had his being: the England of those times, fat with the fruits of her achievements, but strong and daring still with the spirit of imperial adventure. The seas were pounding, then as now, upon her coasts; the winds swept in across the moors, and fog came down on London.

It was a stout and pleasant land, full of the flavor of the age; and it is small wonder that we who claim it in our thoughts should look to Baker Street as its epitome. For there the cabs rolled up before a certain door, and hurried steps were heard upon the stair, and England and her times had rendezvous within a hallowed room, at once familiar and mysterious…

But there is more than time and space and the yearning for things gone by to account for what we feel toward Sherlock Holmes. Not only there and then, but here and now, he stands before us as a symbol – a symbol, if you please, of all that we are not, but ever would be. His figure is sufficiently remote to make our secret aspirations for transference seem unshameful, yet close enough to give them plausibility.

We see him as the fine expression of our urge to trample evil and to set aright the wrongs with which the world  is plagued. He is Galahad and Socrates, bringing high adventure to our dull existences and call, judicial logic to our biased minds. He is the success of all our failures; the bold escape from our imprisonment.

Or, if this be too complex a psychological basis to account for our devotion, let it be said, more simply, that he is the personification of something in us that we have lost, or never had. For it is not Sherlock Holmes who sits in Baker Street, comfortable, competent, and self-assured; it is we ourselves who are there, full of a tremendous capacity for wisdom, complacent in the presence of our humble Watson, conscious of a warm well-being and a timeless, imperishable content.

The easy chair in the room is drawn up to the hearthstone of our very hearts – it is our tobacco in the Persian slipper, and our violin lying so carelessly across the knee – it is we who hear the pounding on the stairs and the knock upon the door. The swirling fog without and the acrid smoke within bite deep indeed, for we taste them even now. And the time and place and all the great events are near and dear to us not because our memories call them forth in pure nostalgia, but because they are a part of us today.

That is the Sherlock Holmes we love – the Holmes implicit and eternal in ourselves. 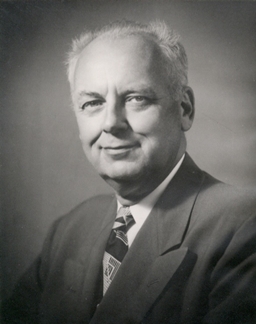 Edgar Smith edited the Baker Street Journal from its founding in 1946 through his premature death in 1960. It’s no surprise that the firs two essays in Gas Lamp are from his first two “The Editor’s Gas-Lamp” essays. “The Game is Afoot!” kicks off the book, followed by “The Implicit Holmes.”

I much prefer Smith’s more serious approach to Sherlockiana than Christopher Morley’s usual silliness. Smith’s face would most certainly be on the Mount Rushmore of Sherlockians, right next to Father Ronald Knox’s. Albeit, Morley’s probably up there as well (there’s a topic for a future post).

I got the idea for this essay on Friday afternoon. A few hours later, the horrific ISIS attacks on Paris occurred. In a modern culture where we cannot possibly devalue life any more than we have; where total eradication of those who disagree with a religious philosophy is shaping the entire world, we long for a return to what we perceive as a simpler time. When we read a Holmes tale, we immerse ourselves in a Victorian London without the travails we now face. Smith explores this.

Here, though the world explode, these two survive,

And it is always eighteen ninety-five.

As I type this morning, the world has exploded. Again. But Holmes and Watson await us in 1895.