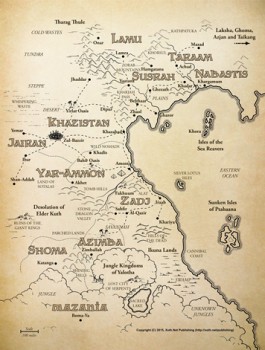 Due mostly to time constraints, I don’t play RPGs these days, but I still read RPG books pretty regularly – primarily Pathfinder and 3rd Edition Dungeons and Dragons. The pulpiest, most Robert E. Howard-ish stuff I have found is Morten Braten’s World of Xoth. Morten, who wrote the quasi-historical Ancient Kingdoms: Mesopotamia for Necromancer Games, clearly draws heavily on Robert E. Howard in his RPG design. If you haven’t discovered Xoth, you should give it a look. You can start by downloading the new, free, Player’s Guide! Here’s Morten…

I was around 14 or 15 years old when I discovered the Hyborian Age. Hanging out at a friend’s house, waiting for my turn to play some late 80s computer game, I noticed some black and white Conan comics on a bookshelf. The inside cover of each comic had a map of Conan’s world, apparently our own earth as it looked 10,000 years ago.

Even before I had read a single Conan story, the evocative names on that map filled my mind with colorful visions of long-lost lands: Hyperborea, Stygia and Zembabwei; and mysterious places such as Shadizar, Kutchemes, Kheshatta and Xuchotl.

I immediately knew that I wanted to run a role-playing game set in that world. Just around the same time, I had been introduced to Dungeons and Dragons (AD&D 2nd Edition, to be more specific), but at the time I was just learning the system as a player and was not yet ready to take on game mastering duties. In fact, my Hyborian Age campaign did not become a reality until a decade later. By then I had been game mastering several traditional fantasy campaigns, and I had learned a lot about world building from the Greyhawk boxed set. 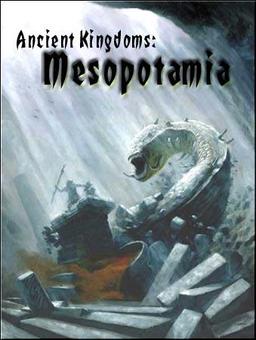 All the while, I kept returning to D&D‘s roots in swords and sorcery. I collected lots of Conan comics, and learned that the really good stories were based on the works of Robert E. Howard. I got the books and found that they were even better than the comics.

Then I went on that voyage of literary discovery that so many others must have gone on: From Howard’s Conan stories to his other characters such as Kull and Solomon Kane, and then on to Howard’s peers from Weird Tales; Lovecraft and Smith, each with their own universes that have inspired countless role playing games and settings directly and indirectly.

It just so happened that the third edition of D&D was released around the turn of the millennium, just after I had started collecting and categorizing information about the Hyborian Age with the intention of running a role playing campaign set in Conan’s world. Attached to the third edition rules was the Open Gaming License (OGL) and the d20 System, which allowed me to publish my work online as the Hyborian Age d20 Campaign Website. At the time, there was no official Conan role playing game, and the website instantly attracted a lot of visitors and contributors.

Among those who enjoyed my Hyborian Age website was Bill Webb, co-founder of Necromancer Games, whose slogan was “third edition rules, first edition feel.” Bill got in touch with me and basically offered to publish anything I cared to write, leaving me with total creative freedom. This, despite the fact that I had never even played a first-edition game myself! 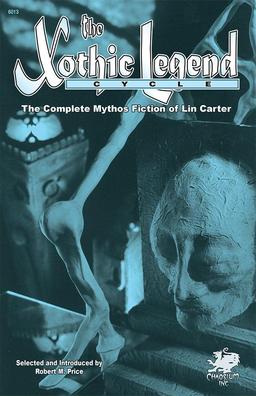 The result of that project was the book called Ancient Kingdoms: Mesopotamia. My proposed working title was In the Shadow of the Ziggurat, but at Bill’s suggestion I expanded on the background material, turning it into a 180-page book that was equal parts adventure and source book. The setting was a mix of real ancient history, Lovecraftian gods, Smithian weirdness and Howardian action.

The success of that first book inspired me to continue writing more swords and sorcery adventures. At this time, an official Conan: the Role-Playing Game had been published. However, I decided against using the Hyborian Age as the setting for my new adventures. There were several reasons for that.

For one, the Conan RPG was already well served with numerous supplements written by Vincent Darlage, who did a stellar job translating Howard’s work into the d20 System. Second, I wanted the more creative freedom; a blank canvas where I could add elements inspired by both Lovecraft and Smith (and Tierney, Saunders, et al), in addition to elements borrowed from Howard. Third, by creating a new world I could keep my players, even those familiar with Howard’s works, in the dark regarding the various plots, secrets, creatures and treasures of the game world.

Thus, the World of Xoth was born. I cannot remember exactly how I decided on the Xoth name, but The Xothic Legend Cycle published by Chaosium in 2006 was an obvious inspiration. According to Lin Carter, Xoth is the green double star where Cthulhu and his brethren once lived before coming to Earth. I also like the association with Sirius (Egyptian Sothis).

I quickly worked out a sketch map with dense jungles, sandy deserts, sunken isles, and icy mountains. Names were chosen to feel strange and exotic, yet familiar. This was followed by lists of races, and names of Old and Young Gods. This new world became the setting for a collection of adventures, published as The Spider-God’s Bride and Other Tales of Sword and Sorcery in 2008 to critical acclaim by reviewers and game masters.

This was followed by more adventures; Song of the Beast-Gods in 2011 and The Citadel beyond the North Wind in 2012. The setting gained in popularity and I was approached by other publishers interested in making conversions to other gaming systems. Mongoose Publishing converted the adventures to their Legend system, and the World of Xoth was included as the default setting for the Blade of the Iron Throne RPG. An adventure conversion is also underway for the Barbarians of Lemuria system.

Things came full circle for me in 2012. I found myself on a business trip to San Antonio, Texas, and I used the opportunity to drive up to Cross Plains, the small town where Robert E. Howard lived while he wrote the Conan stories. I visited his old house (now a museum) and sat in Howard’s chair in the small office/bedroom where he had his typewriter. I was powerfully inspired by that visit.

Howard basically invented the swords and sorcery genre, dreaming up the rich history of the Hyborian Age sitting in that small room. The idea behind the World of Xoth was indeed to walk in the (giant) footsteps of Howard, Smith and Lovecraft. If even a weak resemblance is found by the reader, I feel I’ve been successful…

And there are several more still in the works!

Morten is a native of cold and gloomy Scandinavia, with a lifelong yearning for the warm sun and marble ruins of the south. He enjoys Tolkien, but prefers pulp adventure (less elves and more tentacles). As a DM, Morten is notorious for refusing to follow the “Player Character Wealth by Level” guidelines. His Hyborian Age website is at http://hyboria.xoth.net/ and the World of Xoth can be found at xoth.net/publishing.

Hey Bob, Have you seen/read Astonishing Swordsmen & Sorcerers of Hyperborea? It’s also based on Howard, Lovecraft, and Smith.

I came across Morten’s Xoth website a few years ago looking for Conan and Howard stuff. Good stuff there!

NOLAbert – I’ve heard of that, but haven’t seen it yet. I also haven’t checked out Primeval Thule, which is also of that same type.

So much to read – so little time!

I hadn’t heard of Primeval Thule. Thanks for mentioning it, although I, like you, probably don’t have the time to get another RPG to add to the queue.

Regarding your last statement, sometimes I wish for that Twilight Zone episode “Time Enough at Last.” I don’t wear glasses, so nothing could go wrong.

I bought a copy of Astonishing Swordsmen & Sorcerers of Hyperborea three years ago, and reviewed it for Black Gate here:

As for Primeval Thule, Howard Andrew Jones was just raving about it to me yesterday. I don’t know anything about it. but according to Howard, that’s only because I’m a clueless idiot. Clearly I need to check it out!

Yes, I bought Astonishing Swordsmen & Sorcerers of Hyperborea because of your review here at Black Gate. I even supported the recent three module Kickstarter (the modules just came in yesterday and they look outstanding!). I haven’t had a chance to really delve into the RPG, but I can’t wait.

Cool article about Xoth, thanks for running it; those have been on my list but just got bumped up!

Any schemes for a Savage Worlds build?

I think Howard is the only one of us who knows Savage Worlds. I don’t, though I’d like to read the Solomon Kane stuff they put out.