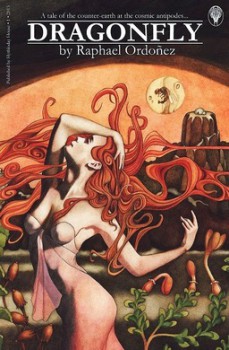 Much of my reading is for sheer entertainment. It’s like a carnival ride: you pay your money, get whipped around a little, then deposited back on the ground. The next day a fond memory of the overall experience lingers on but the details have faded away. And that’s cool. I have never regretted the time or money spent on an Agatha Christie or Stephen King novel. I’ve passed many an enjoyable hour reading (or watching) a decent bit of fiction for a transient thrill. But sometimes, there’s something so compelling about about a book that I’m drawn to it again and again over the years.

There are certain books on my shelf that have an aura around them. Three that leap to mind are The Master and Margarita by Mikhail Bulgakov, The Last Coin by James Blaylock, and Faces in the Crowd by William Marshall. In each, the combination of prose, plot, and character drew me in so deeply that I feel the desire, for various reasons, to revisit them from time to time.

With the first, I’m looking each time to absorb and understand a bit more of Bulgakov’s dense work. It’s a great story, rich with ideas on art, politics, love, and religion. With the second two I recapture a bit of the sheer joy I felt the first time I encountered the vivid characters and utterly bonkers plots. When it comes to books in this class, I can remember when I first read them, under what circumstances, and where I got them (Science Fiction Book Club, The Forbidden Planet (NYC), and borrowed from the St. George Public Library, Staten Island). I suspect Raphael Ordoñez’ Dragonfly will get added to this list.

Dragonfly is the first of a planned tetralogy. In this day of calculated, mass-marketed, trend-following books, here is a self-published adventure, practically handcrafted, with cover, map, and interior art all done by Ordoñez himself. It tells of a young prince let loose in a world of steam engines, complacent aristocrats, and tunnel-dwelling workers, and a social order on the verge of being overthrown. Ordoñez’ style hearkens back to the likes of A. E. van Vogt and Jack Vance, as well as Edgar Rice Burroughs. Heck, as you can see from the cover, Dragonfly would look right at home on a shelf full of volumes from the Ballantine Adult Fantasy series.

Anyone who has been following my monthly short story roundups probably knows I am a big fan of Ordoñez’ short fiction. (You can read my reviews of four of them at the links) “The Goblin King’s Concubine,” the first I read, hooked me, and each new story draws me deeper into Antellus, a place of prehistoric flora and fauna, where abandoned and rusted giant machines litter the landscape and the world itself is nearing heat-death. Ancient Antellus has passed through many epochs (the Ages of Gold, Silver, Bronze, and Iron, of Wandering, and of Strife). Technology is at a standstill, stuck in an endless steam-powered age.

Keftu is the heir to rulership of the people of Arras. The land is barren and surrounded by the ruins of past ages, and its inhabitants believe themselves to be the sole beings left in the world. As the novel begins Keftu is finally of age to make his Walking, then take up the mantle of leadership. On his return he finds that the winds blew poisons into the wells and all his tribe are dead. Searching the tower he would have occupied as ruler, Keftu makes a shattering discovery — his people were not alone. Through a telescope he sees something far off to the west in the sky:

I positioned the table, opened the shutter, and looked through the glass eye. High over the western horizon was a tiny ellipse of light, with glowing corpuscles moving between it and the earth’s rim. “The palace of the celestial emperor,” I whispered, repeating the words of the tablet, “or an abode of blessed spirits, tethered to the sun’s settings.” 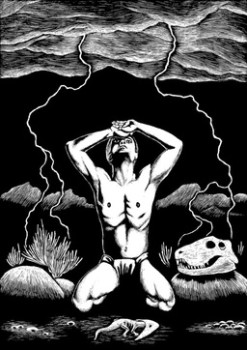 With that discovery, the young prince decides he will storm the gates of heaven and gain the secret of immortality. With it, he will restore his people to life. Keftu crafts himself an ondanatopter, a a pair of dragonfly-like wings powered and moved by muscle, cranks, and pulleys, and flys into the West. Beyond a wall of mountains he finds the ocean, and a great city that runs along its entire shore.

It is the city of Enoch, stratified by social class and populated by high-rise dwelling elites, subterranean workers, gangsters, and cults. The city is ruled over by a mysterious power known as the Cheiropt. It is described by one character as the “semi-devine headless social machine” that is “everywhere and nowhere.” It is a seemingly ineluctable thing, and its control permeates every fiber of Enoch, subverting all who live there to its will. It decides how everyone lives, dies, interacts, buys, and sells. Even those with the noblest of intentions succumb to its wiles and their plans end in failure.

Keftu is very much an innocent abroad when he first arrives in Enoch. He immediately falls in with low men and finds himself sold into bondage and forced to fight monsters in an arena. For his refusal to kill a cyclops when he realizes it is no beast, but sapient, he is sent to scour the deepest tunnels and hidden recesses under Enoch in search of ancient treasures. From there he launches into a long series of adventures and discoveries that bring him face to face with a power great enough to threaten the Cheiropt itself.

Enoch is swirling toward chaos when Keftu arrives there. Forces are coming to bear that threaten to destroy the ages old customs and classes that keep people in their place. Plots are being set in motion to transform the great city, but behind those, even greater machinations are taking place. The young prince becomes as much detective as warrior over the course of his adventures. His investigations allow Ordoñez the opportunity to explore and explain the various means of manipulation that maintain the status quo of Enoch as well as those threatening it.

The book begins almost leisurely, as Keftu attempts to maneuver around Enoch and fulfill his quest. It picks up speed as the plans of various powers begin to take shape, soon moving with as much speed as the steam engines coursing along the rails that cross Antellus. By Dragonfly‘s end, the prince has traveled over and under Enoch, up and down the coast, and out to distant mining colonies and temples. 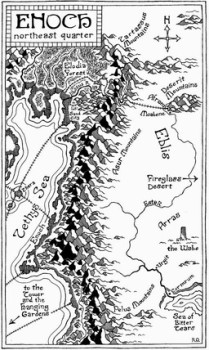 Dragonfly isn’t all exploration and plots; there’s a fair amount of action as well. At various times Keftu finds himself opposite would-be revolutionaries, a giant slug, ancient war machines, and prehistoric terrors. As often as he is armed with his bronze sword, Deinothax, he finds himself forced to fight with fists or whatever else is at hand:

There was a distant boom, and the water swelled a little higher. The black gate swung open, groaning on its hinges. A shadow swam out, circled once, and returned to the darkness. The cries of the helots had fear mixed with their bloodlust now. The fish came out a second time. It swam the perimeter of the tank without seeing me. It had a huge, bullet-shaped head, plated with bone like a living skull with eyes, and a jagged, razor-sharp jaw. It was large enough to swallow me in one gulp.

At the third pass the fish’s mouth caught on my chain. I was yanked out into open water. I thrashed my way back to the pipe, but the fish’s demon eye was fixed on me now. It continued to the other side, then came straight toward me.

And there are moments of wonderful mystery. Searching for a comrade in the Great Library, Keftu finds himself wandering a floor of which the very existence is unknown to others:

The door at the end of the hall gave upon a small, domed chamber, which led in its turn to several other galleries. Cold light fell through panes of glass running along their walls, windows into huge tanks holding monstrous mollusks, coiled polychaetes, and many-finned fishes. The faraway opposite doors gave upon yet more galleries, branching one from another at impossible angles, seeming to recede to infinity in every direction. The trammels of mundane geometry had been sidestepped.

We men of Arras are geometers, and, though I trembled, I knew what sort of space I was standing in. It occurred to me that if I wasn’t careful I might never find my way out again.

Every chapter, nearly every page, is filled with such wondrous images. Ordoñez may mock himself by naming his publishing company Hythloday (talker of nonsense) House, but if nonsense, it’s of a sort that will draw me back again and again. There’s a degree of creativity and depth of thoughtfulness present here that is absent in most run-of-the-mill fantasy.

If you have any taste for fantasy that doesn’t simply mimic the fashions of the day you will find Dragonfly worth your attention. Fantasy gives the writer license to create things that do not just look like our world in fancy dress or with pointed ears. Ordoñez has embraced the opportunity to create a thrilling, mysterious adventure that stands out from the packs of grimdark books and Tolkien-clones.

You should read it.

Also, the sequel, The King of Nightspore’s Crown, is coming soon.

Sounds intriguing. I’ll have to check it out. And when I first saw that cover, I thought it was Lin Carter’s New Worlds for Old in the BAF series.

I need to read this book, with a capital Need.

Ordonez painted the cover art himself, and wrote this fascinating post about his process.

I’m glad you enjoyed the book; I hope it brings other readers equal enjoyment.

I was very much inspired by the New Worlds for Old cover, as well as a number of other Ballantine covers (e.g., Xiccarph, The Song of Rhiannon). I have a thing for retro wrap-around covers, and I try to write for those who might have a hankering for the wild and wooly pre-genre days of fantasy.

[…] great world-city that features in several of Ordoñez’s other stories as well as his novel, Dragonfly. Zeuxis tries to provide for his family by selling his paintings but it’s a constant […]

Being also an author and an illustrator who loves the golden age of fantasy and illustration, this intrigued me. I just ordered it on Amazon, and I am looking forward to reading it.