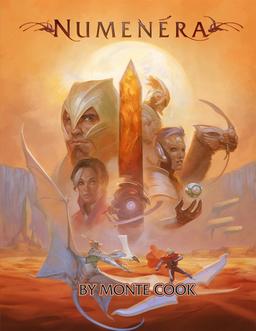 I got to know Monte Cook back when Black Gate was still publishing fiction. He’s a talented writer, and he sent me a short story I would have loved to have published. Alas, the magazine was already dying at that point, and we weren’t able to do business.

But I’ve kept an eye on his publishing ventures and, like everyone else, was astounded when his Numenera Kickstarter raised an almost unprecedented $517,255 in September 2012. He used the money to launch Monte Cook Games, which in August 2013 delivered the Numenera Corebook, a gorgeous 416-page full color rule book and campaign guide. I finally bought a copy at the Games Plus auction in March, and I’ve spent the last few weeks pouring over it.

What’s so special about Numenera? Monte had an enviable reputation in the gaming industry — he was an editor at Iron Crown Enterprises and, with Jonathan Tweet and Skip Williams, co-authored the famous third Edition of Dungeons and Dragons. Some of his more notable creations are the D&D modules Labyrinth of Madness and Return to the Temple of Elemental Evil, as well as many Planescape adventures and the mammoth Ptolus campaign setting, based on the home game used to playtest third edition.

But it’s far more than just Monte’s reputation that’s fueled the success of his latest endeavor. Numenera has a great premise. The setting is Earth, a billion years in the future. The inhabitants of our planet live amidst the ruins of eight unimaginably powerful civilizations, each of which mastered arts and technologies they cannot even begin to understand. Artifacts from those civilizations lie in the earth — or walk the land. Some of them are incredibly powerful; some are unspeakably dangerous. And some of them are alive. 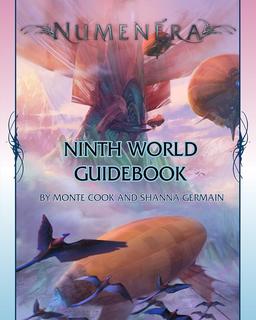 It has a great Dying Earth vibe to it, although I don’t find it particularly derivative of Vance’s work. If anything, I think the setting is even more imaginative than Vance, particularly in the way it has fleshed out the details of some of those previous civilizations, and in the ways Monte and his fellow designers have left them deliciously mysterious.

While the Kickstarter was underway, Monte wrote a blog post at Black Gate about it. Here’s what he said, in part:

The game system itself is designed to be quick and easy for beginners, while offering additional complexity for those who desire it. Character creation is intuitive and fast, involves making just basic choices. The three features you choose combine to create a unique, well-rounded character. Players wanting the ability to configure their character more completely have that option as well.

The book is splendidly designed and a pleasure to read. It’s also packed with gorgeous artwork. This is exactly the kind of gamebook that makes you ache to pick up your dice and start playing. 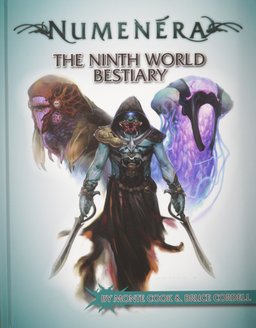 But once again, it’s the setting that truly captivates your imagination. The setting chapter of the corebook opens with a tantalizing summary of some of the tidbits known about previous civilizations inhabiting Earth:

Over the billion-year span, the earth has been home to at least eight civilizations that have arisen (or arrived) here., flourished and advanced to incredible power, and then either declined or left, never to return. Although we know little about those civilizations, we do know the following:

Monte Cook Games has not rested on their laurels since releasing the corebook two years ago. They’ve released several well-received supplements for the game, including the Ninth World Guidebook, The Ninth World Bestiary, and a collection of adventures by Monte Cook, The Devils Spine.

But I think the most exciting development for Numenera has been the announcement of Torment: Tides of Numenera, a beautiful computer RPG currently in development from inXile entertainment, makers of Wasteland 2. 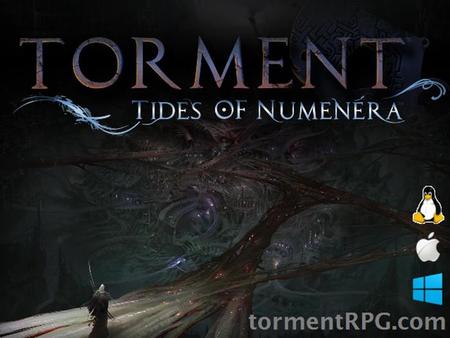 Once again funded by Kickstarter — to the tune of $4,188,927, a record-breaking sum — Torment takes as its inspiration the classic RPG Planescape: Torment, developed by Chris Avellone and Black Isle entertainment and published by Interplay in 1999. According to the Torment website, Avellone is reported to be part of the development team for this new game.

Torment: Tides of Numenera is a game set in the world of Monte Cook’s new tabletop RPG setting, Numenera. Torment continues the thematic legacy of Planescape: Torment, the critically acclaimed role-playing game from 1999 that’s considered by many to be a hallmark for storytelling in computer RPGs. With Torment, we’re creating a rich role-playing experience that explores similar deep, personal themes. Torment Alpha Systems and Beta Tests are currently scheduled for a 2015 release.

Torment was originally scheduled for release in December 2014; the developers now expect it to enter beta some time this year.

There’s a lot of reasons to be excited about Monte Cook’s Numenera. I’m just dipping into the setting for the first time, and haven’t tried the game system yet, but I’m very intrigued by what I’ve seen so far.

Numenera was written by Monte Cook, and designed by Monte Cook and Sean K. Reynolds. It was published by Monte Cook Games on August 14, 2013. It is 416 pages, priced at $59.99 in hardcover, or $16.99 for the PDF version at DriveThruRPG. The cover art is by Kieran Yanner.