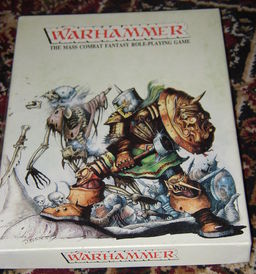 Hey, folks. Last month I posted the first part of this blog about the Dungeons & Dragons campaigns I’ve run. Now I’m back with the second half.

Before I get back into my tale, I need to make a correction. The last section of my first-half blog was subtitled 1989-2002. I need to amend that to 1989-1992, since it only encompassed my college years. Let’s call it a senior moment and move on. Alrighty then.

So, after college I found a group of players back in my hometown. A couple were old friends from my high school days, and some were new friends. At the time, I was getting into the Warhammer Roleplaying Game as well, so I tried to infuse my D&D campaign with some of those dark, gritty elements. As a result of a growing love of fiction writing (I was still years away from being published at this time), I was also developing more of my own adventure material.

The first campaign out of the gate began with the adventurers waking up after a battle with collective amnesia. They followed a trail of clues to find out who they were and why they had been attacked. Sadly, this campaign only last about half a dozen sessions because I played a rather nasty trick. I allowed my brother to play a double agent inside the group with instructions to betray them when he saw an opportunity.

And he did, with lethal efficiency. The group was fighting a tribe of orcs and their pet troll and having a hard time of it when my brother decided to switch teams. He ambushed the party’s healer, killing her almost instantly, and after that the orcs and troll picked off the rest. Total party kill. 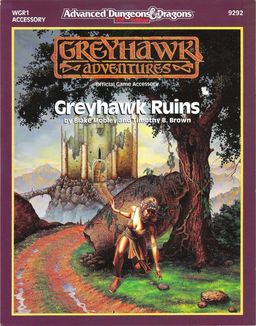 It was memorable, but it left a bad taste. (Note to my current players: I haven’t replayed that trick since that episode, and I won’t in the future. Scout’s honor.)

For the next year or so, we ran several scattered adventures with rotating DMs, none of the story arcs lasting longer than four or five sessions. It was a chaotic time in my gaming life. People were getting real jobs, getting married, starting families, etc….

In 2003 I married my wife, Jenny, who is also a gamer. We’d gone to college together, and she was a regular player in my games. And she still is. (The family that slays dragons together, stays together.)

A year or two after we married, we decided to get back into regular gaming. I longed for the long-running campaigns of my youth. By this time, D&D Third Edition was out (soon to be followed by 3.5). For the most part, I enjoyed this version of my favorite RPG. At first.

My group adjusted to the increased focus on miniatures. But as we started getting characters into the mid-level range, powergaming became an issue. In my opinion, Third Edition was too easily manipulated into unbalanced class/feat combinations.

I ran my group through an “old school” adventure (Greyhawk Ruins) upgraded to the new edition rules. It started off fine as the characters delved into the dungeons of the Mad Archmage. Yet, by the time they reached seventh/eighth level, it became increasingly difficult to present them with encounters that were appropriately challenging. By the teen levels (13+), I was throwing everything but the kitchen sink at them as their power-levels grew exponentially.

The party managed to complete the dungeon, after which they retired those characters to lives of luxury in the city of Greyhawk. 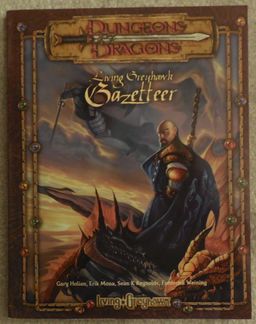 My brother and a couple friends got deeply invested in the Living Greyhawk experience. If you didn’t play it, it was a shared experience where players from across the country (world?) played in approved published adventures and advanced their characters with strict guidelines. Jenny and I tried it for a few sessions. I thought it was an innovative idea, but was a little put off by the rigid structure. It had more of an “official tournament” feel than I was used to, and ultimately we bowed out.

Sadly, LG created something of a schism in our group. Some preferred LG and others didn’t, and there wasn’t much cross-over between the two factions. However, Jenny and I were also playing World of Warcraft online and we’d made a lot of new friends there. A couple of them lived close enough to RPG in person occasionally.

The Fourth Edition of D&D was published in 2008. My group got in on the ground floor. I bought the core books and the first three published modules, preparing our first foray in this new world.

To be fair, D&D 4.0 had some interesting ideas. Combat has a frantic feel as powers are tossed around by both sides. As a DM, I thought they presented creature stat blocks in a way that was easier to access on the fly. In the old days, a creature like a pit fiend would have so many powers, attacks, and spells that it was often overwhelming. Fourth Edition pared these down to just a few crucial abilities that could be used over and over, sometimes on a recharging basis.

However, 4.0 felt like an attempt to rebrand D&D as a pen-and-paper version of an MMO (massive multiplayer online game). The plethora of powers (at-will powers, encounter powers, dailies) made every class feel similar to the others. I also wasn’t a big fan of how magic items were implemented. And don’t get me started on the skill challenges. 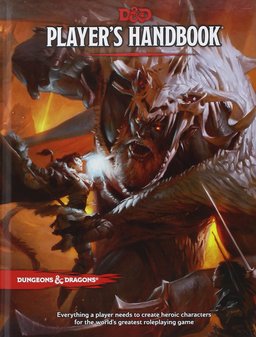 Maybe it was too different from older versions. Or maybe Wizards of the Coast was trying to tap into the popularity of WoW. Whatever the case, I only ran two of the three modules I’d purchased. We dabbled in a couple other mini-adventurers after that, but for the most part our Fourth Edition experiment was over.

A while later, I heard about playtesting for a new edition which was being called either D&D Next or Fifth Edition. After looking into it, I convinced my group to give it a chance.

WoTC was providing free playest packets online, which included the basic rules and occasional adventures. I ran my group through an older module — the oldest in my collection, actually. That’s right. We went back to B1: In Search of the Unknown. I updated the encounters with the new rules, which was astonishingly easy to do. The group rolled up characters, which turned out to be a party of all dwarves, and we started gaming again.

The new edition played almost seamlessly, incorporating the things I’d loved about older versions (especially Advanced and 3.5) while putting a new spin on things. It felt both old and new. I was in love from the first roll of dice. And my group really got into it, too. As we played through further playtests, I saw them putting more time and thought into character development than we had in years.

We ran a few mini-adventures and I made a half-hearted attempt to start an evil campaign, but really we were just kicking the tires.

When the new edition was officially released, my players were more than eager. I started writing a whole new campaign while they created their characters. We had our first real session just this past weekend. I’m starting them off with a jaunt into the Underdark. I’ve set this campaign in the World of Greyhawk, and I’m combining new adventures with golden oldies from my past, but that’s all I can tell you for now. After all, my players might read this post and I can’t have them learning too much.

So that’s my D&D story up to now. Looking back has allowed me to re-live so many great memories of gaming and friendship. I have to thank my father, who bought me that first boxed set so long ago, and everyone who has shared this game with me over the years. It truly has been my pleasure and my honor.

Jon Sprunk is the author of the fantasy epic Blood and Iron as well as the Shadow Saga trilogy (Shadow’s Son, Shadow’s Lure, and Shadow’s Master). For more on his life and writing, check out www.jonsprunk.com and his Facebook page.

Black Gate » Blog Archive » The Dungeons (and Dragons) of My Life, Part One

[…] ends the first part of my tale. Please join me week month for the second half. And tell us all about your favorite D&D moments in the […]

Jon: curious to know if you considered Pathfinder after giving up on 4th edition.

Cool retellings of your D&D saga, Jon. I’ve just created my first character and played my first ever encounter with Eric Knight. He’s put together a little gathering that will be kicking off online next week. I’m definitely looking forward to it.

Bob — No, I never tried Pathfinder. heard good things about it, but never had a group that wanted to try it.

Jason — You just started playing? Awesome. Hope you enjoy it.

“The family that slays dragons together, stays together.”