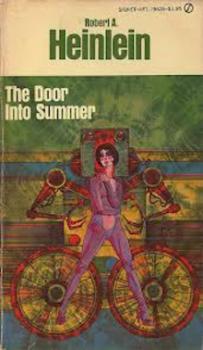 Over the last few weeks, I’ve been talking about apocalyptic and post-apocalyptic Fantasy and SF, and something that’s come up a couple of times in the comments is the idea of a “precursor” civilization. On the one hand, we’ve more or less agreed that the existence of one doesn’t automatically mean that the present story is post-apocalyptic. On the other hand, unless we’re writing about Neanderthals, we’re pretty much always dealing with a pre-existing civilization, aren’t we?

In SF, the precursor society is easy to figure out. It’s us. SF is the fiction of change, and the social/scientific/technological world that it changes from is the one the writer/reader is living in. There seem to be two basic approaches to this concept, one in which the story is set in the near future, and one in which today’s society lies somewhere in the distant past.

With the exception of people like Isaac Asimov, and works like his Foundation Trilogy, most of the early SF writers were using the near future premise. Heinlein’s The Door into Summer, for example, written in the 1950’s, was set in the 1970’s. The movie Blade Runner is set in 2017.

I know. As SF fans have been saying for years, “Where’s my flying car?” This gives you a hint as to why the near future premise isn’t used much anymore. The future got here a lot faster, and in many ways differently, than anticipated. We might have microwave ovens, but we’re not colonizing the moons of Jupiter. 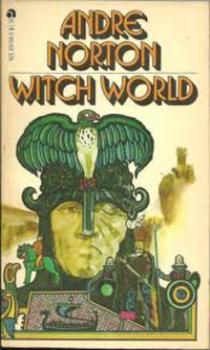 Not all the early writers were using the near future premise, however. I’ve already mentioned Asimov, but you also had people like Andre Norton, who was one of the earliest writers to use the distant past premise with reference to Earth as the home world. Since then, this premise has become the norm (think Gene Wolfe, Jack Vance, Iain M. Banks), except for people like Robert J. Sawyer. He’s not worried about the future catching up with him, because he’s not writing predictive stories (not that the early guys were either, really). A little like Larry Niven, Sawyer’s more often writing about what things would be like if certain changes occurred. In other words, he’s more “what if?” and not so much “if this goes on.”

By setting their stories in a far future, writers may feel they have more scope, less to explain about how we got “here” from “there” – something Fantasy writers don’t have to worry about nearly as much. But, like SF writers, Fantasy writers seem to have a couple ways to go. Primary world fantasies, like the Chronicles of Narnia, like Norton’s Witch World books, like most urban fantasies, do use our world as a starting point. Or, to be more accurate, a leaving point. Our society, the world as we know it, isn’t being used as a precursor civilization, however, but more as though it ran in tandem with the imaginary world.
In secondary-world fantasies, where the setting is completely fictional and separate from our world, there seem once again to be two basic tropes. In one, the present society has evolved naturally out of the past of the imagined world. Think Joe Abercrombie, Kari Sperring, or Michelle Sagara. In the other, which we find in Robin Hobbs’s Farseer stories, or my own Dhulyn and Parno novels, there is a precursor civilization that has disappeared. The significant thing about these previous societies is that they’re inevitably seen as having been more advanced than the society of the story, though not, as I’ve said before, an apocalyptic change.

Yes, Niven wrapped around both the past and future of our civilization.

I am also reminded of the Cities in Fight novels by Blish, which take Toynbee/Spengler ideas about the rise and fall of civilizations and applies it to his “cities” future history.

@ PrinceJvstin: I ransacked my shelves looking for the Blish, as I couldn’t remember the title, and couldn’t find it. I should remember that there’s this thing called the internet, where I can look this stuff up.

So many far future SF stories become essentially fantasies anyway – the linkages with our world can become so attenuated as to be invisible or nonexistant, and the writer can just do any damn thing (which of course can be great…or not so great). I think there’s still a role for near future stories. I was strongly effected by Charlie Houston’s Sleepless when I read it a year or two ago; it was definitely a “day after tomorrow” story (a title I think Heinlein used, by the way). It really made me think about where we could all be just a few miles down the road. That’s one of the great, legitimate roles of SF – without wanting or expecting the genre to be rigidly predictive.

@emcgargle: You’re right, Heinlein did have a novel called The Day After Tomorrow (tho it was originally titled Six Column).
I think one of the reasons that people use the far future trope is that they can do whatever they like, posit any kind of society or civilization, or any kind of technological advancement, without regard to our present day world. That does broaden their scope considerably, but it also, as you say, makes them essentially fantasies.

You missed one of the biggest examples of “far future” science fiction: Dune by Frank Herbert. Dune and Asimov’s Foundation cycle are my favorite science fiction series.

@ Amy: I have to confess that it’s been so long since I read Dune that I couldn’t remember whether it was far future or secondary world SF — if you follow me — so I didn’t mention it. Of course, I can’t mention everything, otherwise the posts would be too long. 😉

I love Niven but he is so logical and factual that he does “take the magic away” from fantasy.

Scientifically speaking, it would be mathematically impossible for magic to go away entirely. Event driven math states that if you divide something in half and then half again one never reaches 100%. There will always be something there. However, magic is magic, and works beyond the laws of physical nature.

Perhaps the strangest far-future/dying Earth novel was William Hope Hodgson’s The Night Land. I only mention it because I look for any excuse to mention one of the most towering achievements of imaginative literature that few have heard of and fewer have read. (Partly his own fault, for writing it in an archaic style with zero dialogue. I’m a huge Hodgson fan, but find myself while reading him wanting to rewrite his books — “This is so damn good, someone should make it accessible so more people can enjoy it!” Apparently fantasy author James Stoddard did me one better and DID rewrite The Night Land. The Night Land: A Story Retold is now available through Amazon, and I’m going to go order a copy as soon as I’m done posting this comment.)

One recent notable near-future work: Margaret Atwood’s Maddaddam Trilogy, which opened with The Year of the Flood. While a specific date isn’t given, references in the book to the near past suggest the book’s first events occur around 2020.

Ah, The Night Land — almost entirely unreadable but epic in its vision. (And occasionally mentioned elsewhere — it pops up in Greg Bear’s City at the End of Time, and in one of Darrell Schweitzer’s books — White Isle or Shattered Goddess, I think; in both cases, just kind of mentioned in passing.)

@ Wild: I don’t think fantasy was really Niven’s strong point, though I have to say I loved some of his concepts. The whole glass dagger thing, and the tattoo that’s really a demon trap. Great stuff.

@ Nick: I haven’t heard anyone mention Hodgson (except the other one) for years. I’m getting a copy of Stoddard’s book for sure.

@ Joe, sorry it took me so long to approve your comment for posting, I was away for a bit. Thanks for the additional recommendation.