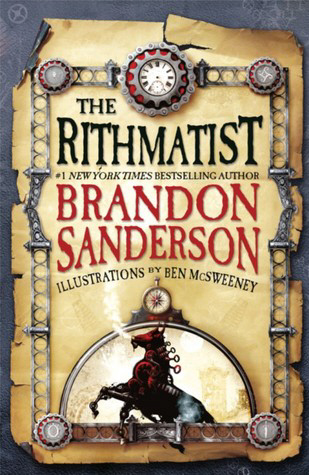 Brandon Sanderson is one of the hardest working writers in the business — and one of the most successful.

It’s not unusual for a prolific novelist to release a book a year. What is unusual is to consistently beat that pace while producing highly acclaimed, massive fantasy epics.

Just consider the last few years — starting with the 688-page Warbreaker (2009), which our reviewer Charlene Brusso called “the cure for trilogy fatigue” (not to be outdone, our Reviews Editor Bill Ward also noted that portions “approach the compulsive readability of the best page-turners.”)

A year later, Sanderson released the 861-page Wheel of Time novel Towers of Midnight, written from Robert Jordan’s notes. The same year (!), his massive 1,008-page novel The Way of Kings won the 2011 David Gemmell Legend Award (our review is here.)

In 2011, it was the new Mistborn novel The Alloy of Law; in her review Charlene said it was “full of neat ideas, crackling dialogue, and a very big helping of dry wit.”

In 2012, Sanderson published the unusual science fantasy The Emperor’s Soul, from Tachyon Publications.

That’s not even including the various short fiction and novellas he published during the same period — or the two complete novels in his juvenile fantasy series, Alcatraz Versus the Knights of Crystallia (2009) and Alcatraz Versus the Shattered Lens (2010).

Seriously, I’m getting tired just typing all the titles. How does he do it?

Moving into 2013, Sanderson’s first release was the 912-page A Memory of Light in January (our coverage here); he also has the upcoming science fiction novel Steelheart in September.

That’s not all, of course. His third 2013 book is the just-released The Rithmatist, a comparatively short (for Sanderson) 372 pages. For those not doing the math at home, that brings his published page count for the year to 1,696 — down from 2,173 in 2010, but we try not to judge. 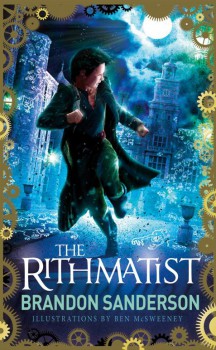 The Rithmatist is also his debut novel for young adults (a separate category from the juvenile Alcatraz books). Here’s the book description.

More than anything, Joel wants to be a Rithmatist. Chosen by the Master in a mysterious inception ceremony, Rithmatists have the power to infuse life into two-dimensional figures known as Chalklings. Rithmatists are humanity’s only defense against the Wild Chalklings — merciless creatures that leave mangled corpses in their wake. Having nearly overrun the territory of Nebrask, the Wild Chalklings now threaten all of the American Isles.

As the son of a lowly chalkmaker at Armedius Academy, Joel can only watch as Rithmatist students study the magical art that he would do anything to practice. Then students start disappearing — kidnapped from their rooms at night, leaving trails of blood. Assigned to help the professor who is investigating the crimes, Joel and his friend Melody find themselves on the trail of an unexpected discovery — one that will change Rithmatics — and their world — forever.

Bestselling author Brandon Sanderson brings his unique brand of epic storytelling to the teen audience with an engrossing tale of danger and suspense — the first of a series. With his trademark skills in world-building, Sanderson has created a magic system that is so inventive and detailed that that readers who appreciate games of strategy and tactics just may want to bring Rithmatics to life in our world.

Chalklings! I love it. I love the whole idea of magical chalk drawings, in fact. As a father of three who frequently had to park in the street because his children were in the middle of creating a vast chalk opus on the driveway, I know all about the secret magic of chalk.

The Rithmatist is illustrated by Ben McSweeney, who’s also done work for the excellent Image comic Skullkickers. There aren’t enough illustrated books out there; I’m very pleased to see Tor make the decision to give it a shot.

You must have some serious negotiating talent to have enticed Sanderson into doing ANYTHING of top of a schedule like that.

He has a serious work ethic, no doubt of that.

[…] years ago, after the release of his novel The Rithmatist, I noted that Brandon Sanderson was one of the hardest-working writers in this industry. By my count, I put […]