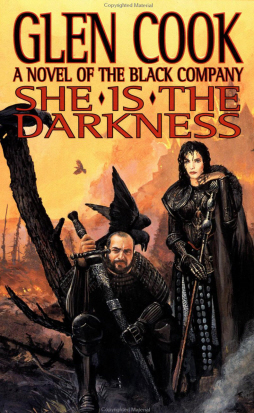 Tis the season for Top Ten lists (again), and there are plenty to be had. But Black Gate is all about the best in neglected fantasy and sadly, there aren’t nearly as many “Top Ten Most Neglected” book lists out there as there should be.

Also on the list was Glen Cook, with the 1998  novel  She Is The Darkness, seventh in The Black Company series; Philip K. Dick’s early novel Gather Yourselves Together, first published posthumously in 1994; Ray Bradbury’s 1947 collection Dark Carnival, and two novels by Stephen King: Rage (by “Richard Bachman”) and the limited edition My Pretty Pony.

There are several surprises on the list, including a few books that aren’t widely known for being in hot demand.  For example, fan legend has it that Ben Bova’s The Star Conquerors (#23) is scarce because Bova has been gradually buying up all the copies on the market to remove it from circulation. 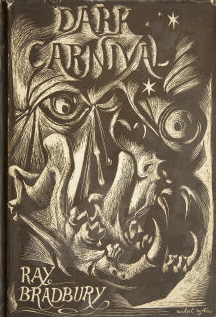 Some of the titles of interest to fantasy fans on the list include:

BookFinder.com’s  complete list of Top 100 out-of-print titles for 2010 is here.

She is The Darkness is not out of print.. its in one of the 4 Chronicles of the Black Company omnibii from TOR.

Lago is correct, but as a stand alone it isn’t out there. However, of all those on the list this is the only one I own 🙂 I love me some Black Company!

The Star Conquerors, I loved that book as a kid. I’ve always thought it was Bova’s best novel. For years, I searched for it. Bova used to let you download a copy from his website. But I think he took it down.

The Blue Star by Fletcher Pratt is one of the finest (and most truly adult)fantasies ever – its neglect is shameful. I think it’s been out of print since the late 80’s at least.

Did I read this right?

DARK CARNIVAL has a story called “Fast Times at Ridgmont High” by Cameron Crowe? Same title as his movie? This HAS to be a prank…

Good points, both. I’m not sure if this list differentiates between editions, though… or maybe there’s just plenty of people out there who aren’t aware of the omnibus edition.

Either way, sure seems the standalone edition of She is The Darkness is in high demand. I expect a paperback reprint soon. 🙂

Glad to hear that about “The Star Conquerors.” Perhaps it means that the book really is in demand, and those fan legends are wrong.

Bova’s done some great stuff — I wouldn’t be too surprised to find him on this list in some capacity.

The Blue Star is a terrific novel — one of the fantasy greats. But it’s currently in print from Wildside Press, in a 2008 trade paperback edition:

Um… no. DARK CARNIVAL is on the list with FAST TIMES AT RIDGEMONT HIGH, but that’s the only connection. This list is of out-of-print books, not stories from DARK CARNIVAL.

Would be a stumper if it WERE true, though. 🙂

The BookFinder link is broken anyone got the list on hand?

Thanks for letting me know. Looks like some junk got appended to the URL. I took care of it, and the link works now.