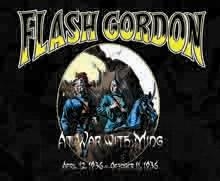 “At War with Ming“ was the sixth installment of Alex Raymond’s Flash Gordon Sunday comic strip serial for King Features Syndicate. Originally printed between October 20, 1935 and April 5, 1936, “At War with Ming” picks up the storyline where the fifth installment, “The Witch Queen of Mongo” left off with Flash awaiting Ming’s recognition of Kira, the cavern kingdom he had conquered over the course of the last two installments as an official kingdom of Mongo.

Unsurprisingly, Ming rejects Flash’s claims that Azura has abdicated as valid and demands that she be vanquished before he will recognize Flash as a legitimate monarch. Sadly, just as in the real life it is a petty disagreement that is interpreted as justifiable cause for war. 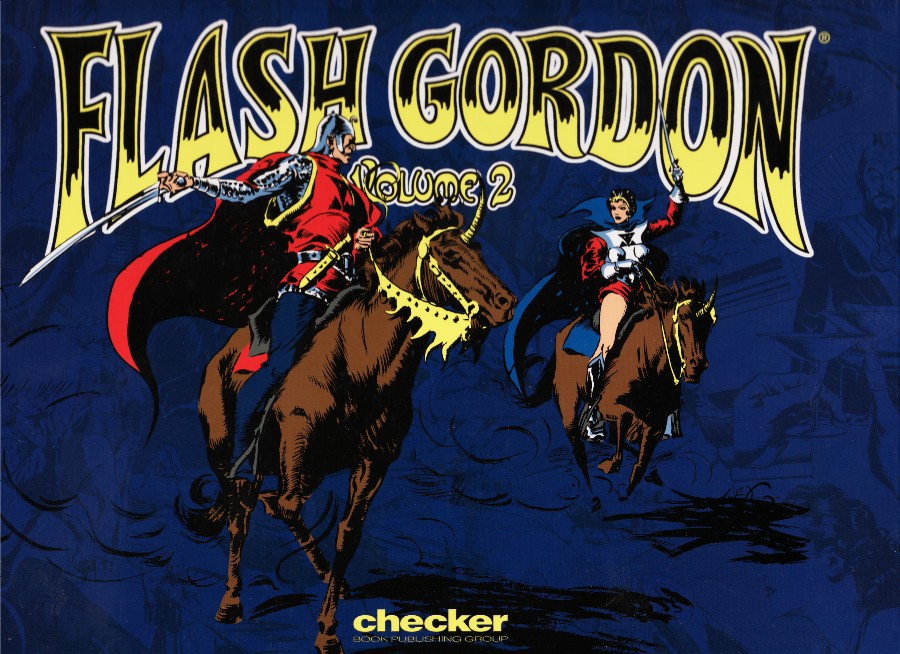 Flash immediately declares war on Ming in response to the insult he received. Flash and Dale head the Black Lancers, while the Hawkman Khan heads the infantry and Dr. Zarkov heads Azura’s artillery unit. The first strip ends with Kira’s forces mobilizing for war despite being hopelessly outnumbered.

For the next five and a half months, readers thrilled to Alex Raymond’s glorious depictions of battle. It seems strange, from the vantage point of the 21st Century, to see that the attitude that a war fought over wounded egos was still considered glorious after the tragic and monumental loss of life during the First World War less than twenty years before. 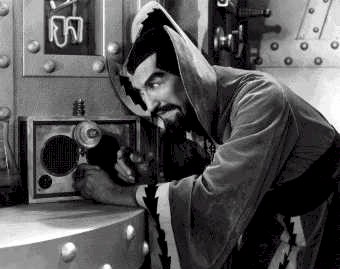 Thanks to Zarkov’s genius and Azura’s advanced technology, the early victory belongs to the Kingdom of Kira as Ming’s air fleet is devastated in the initial air to ground assault. The Yellow Peril origins of Ming are emphasized in this episode with a decidedly Asiatic portrayal of not only the cruel Emperor of Mongo, but of his newly introduced lieutenant Chung and the Mongol-like Monkey Men prisoners who volunteer for a Dirty Dozen-style mission in the hopes of winning their freedom.

Ming’s convict assault force succeeds in decimating the Black Lancers and wounding Flash. Surprisingly, Alex Raymond chooses not to depict Flash’s injury and Zarkov’s successful routing of the convicts and instead concentrates on King Barin and King Vultan as the only monarchs to refuse Ming’s request for aid to fight the Kingdom of Kira. Raymond makes good use of introducing new characters and races such as the Fire People ruled by King Orax and the Frost Giants ruled by King Naquk while filling the reader in on what has happened in the interim for our heroes. 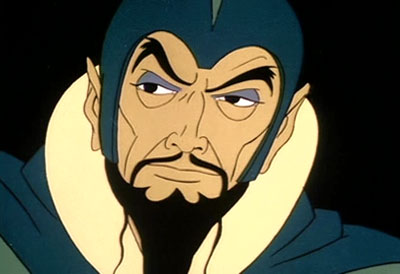 Alex Raymond’s artwork is truly sensational throughout this storyline. Ming’s conference of war with Orax is depicted in Arabian Nights-style splendor. Orax offers Ming the advantage in the form of his volcano glass globes which drop liquid fire onto Flash’s army burning them alive. Finally, Raymond begins to concentrate on the horrors of war although his artwork depicting the tragic loss of life is never short of breathtaking.

Flash and the remaining Black Lancers are spared total annihilation only by the timely arrival of Vultan and his Hawkmen. Ming quickly retaliates and uses polarized light beams to knock the Hawkmen from the air and into the flames. Flash is forced to order the Black Lancers to retreat while he goes forward on a suicide mission to knock out the dam with an atom gun. He succeeds and the Fire People are drowned in the resulting tidal wave.

Barin and Aura arrive to provide much needed reinforcements of Treemen. As Flash and Barin prepare for a nighttime raid on Ming’s camp, Aura contacts her father to warn him. Aura gets into a catfight with Dale while Ming succeeds in using depth charges on Flash and Barin’s assault force of Treemen. While most of Barin’s army is wiped out, Flash is taken captive by Ming and chained in a dungeon with a giant serpent. 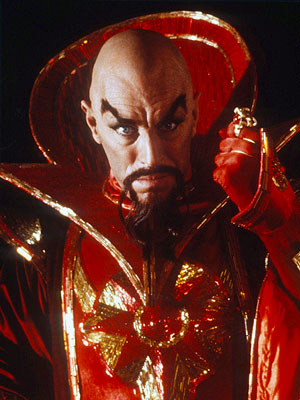 Flash succeeds in strangling the serpent with his chain while Zarkov and Dale attempt a dangerous rescue mission on Ming’s palace hoping to liberate Flash. For his part, Flash tricks his guard and escapes the dungeon, but is unable to leave the city after Ming orders it closed once Flash’s escape has been discovered. A disguised Dale and Zarkov are likewise trapped inside the city.

Naturally, Dale and Zarkov end up getting captured and are stripped and beaten in Ming’s dungeon. Flash, who keeps switching disguises from soldier to beggar to soldier, succeeds in rescuing them. The trio then boldly infiltrates Ming’s weapons post and sabotages his destruct-o-plane. 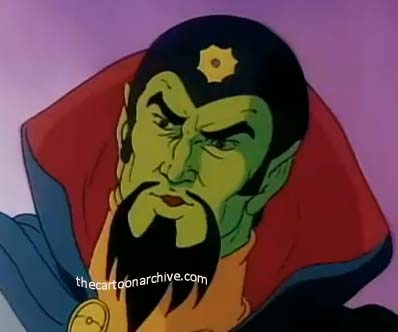 If that wasn’t enough, they are bold enough to successfully capture Ming (thanks largely to Dale’s quick thinking since the Emperor quickly sees through Flash’s boneheaded plan that Zarkov inexplicably agrees to follow). They nearly make their escape with the captured Emperor until Ming bravely fights back causing a traffic accident.

Another daring chase through the city streets ends with Flash, Dale, and Zarkov reaching their rocket ship and escaping the city with Ming’s air fleet in hot pursuit. The episode ends on a cliffhanger as the rocketship plunges into heavy fog.

The pace never lets up for a second and Alex Raymond continues to reach greater heights as an artist with this storyline. Readers were, understandably, riveted waiting for the conclusion of each week’s gripping dilemma.